quote:
While you're at it though, please send me your credit card number and bank account information, along with your home address and social security number. Surely there is no downside to that either.

How is the frick can you be this dumb? I mean seriously. Think about the comparison even a little.
Back to top
Reply
Replies (0)
OptionsTop
Replies (0)

quote:
the uber rich guy goes and gets the DNA company to find him a donor. Just another person kidnapped and never seen or heard from again. 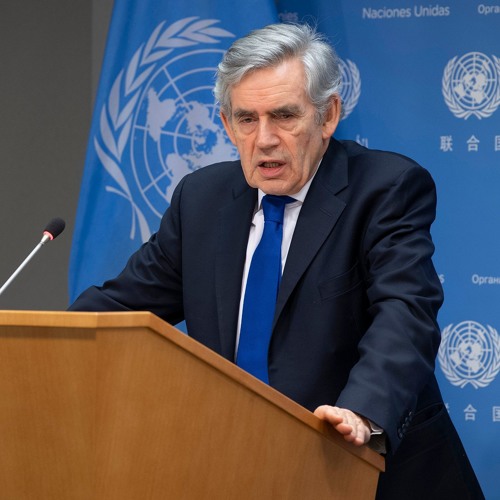 Former British Prime Minister Gordon Brown has called on world leaders to create a new order by forming a “temporary” global government to tackle the medical and economic crises caused by the Covid-19 pandemic.

According to Brown, the global government is necessary to make sure the efforts of central banks are coordinated.

The leftist former prime minister, who was in power during the near-meltdown of the banks in 2008, said there is an urgent need for a taskforce involving world leaders, health experts and the heads of international organizations that must assume “executive powers” to coordinate the response to the “emergency” on a global scale.

“This is not something that can be dealt with in one country,” he said. “There has to be a coordinated global response.”

Brown said the coronavirus crisis is different to the 2008 financial crisis and requires a more draconian and internationalist approach.


Former British PM Gordon Brown has called for a global government to tackle COVID-19, arguing that it should be clear to world leaders that there is no possibility of a go-it-alone approach working.
Guardian report:

Brown said his proposed global taskforce would fight the crisis on two fronts. There would need to be a coordinated effort to find a vaccine, and to organise production, purchasing and prevent profiteering.

Many countries have announced economic packages in the past two weeks but Brown said a taskforce could: make sure the efforts of central banks were coordinated; take steps to prevent the record flight of capital from emerging market economies; and agree a joint approach to the use of government spending to boost growth.

“We need some sort of working executive,” Brown said. “If I were doing it again, I would make the G20 a broader organisation because in the current circumstances you need to listen to the countries that are most affected, the countries that are making a difference and countries where there is the potential for a massive number of people to be affected – such as those in Africa.”

The World Bank and the International Monetary Fund needed an increase in their financial firepower to cope with the impact of the crisis on low- and middle-income countries, he said.

And a female friend/acquaintance was charged.
Back to top
Reply
Replies (0)
OptionsTop
Replies (0)

re: Q: p5725 - FISA indictments start and 4/10/20 = DJT - Unraveling ToE ThreadPosted by September 1948 on 3/26/20 at 10:46 pm to AlxTgr
Interesting, how do you think people get celebrity's medical records and release why Joe Blow was being treated for such and such.
Back to top
Reply
Replies (0)
OptionsTop
Replies (0)

on 3/26/20 at 10:56 pm to tigersandsaints
Paul Sperry
@paulsperry_
·
4h
Strzok created a suspiciously inaccurate “Weiner timeline” & circulated it among FBI brass. The odd doc, written after the fact, made it seem as if the NY field office hadn’t fully processed the laptop until Oct 19. In fact,NY finished processing on Oct. 4

Paul Sperry
@paulsperry_
·
4h
Top excuse the MSM gives to blunt the truth Comey FBI was biased against Trump is his reopening the email case against Hillary. But this in-depth article shows Comey FBI was FORCED to reopen the case by NY Field Office after burying Weiner laptop for month

quote:
quote:the uber rich guy goes and gets the DNA company to find him a donor. Just another person kidnapped and never seen or heard from again.

You are a good poster on the Outdoor Board and I respect your input and opinions. Due to your blindness for the ToE Thread, you may want to go hang out there.

If you don't understand the negatives of willingly giving your deepest privacy to a Private Entity, that may or may not share that private information with the Government or perhaps a Healthcare Company or other that could directly affect you or your families life, then go be a sheep and graze in the pasture with the others while the wolf is stalking you.

I LOVE the Greatest Country that has EVER been on this planet. However, I know there are bad actors in the "Machine".

This thread is trying to wake people up to this fact. Perhaps you belong elsewhere.

re: Q: p5725 - FISA indictments start and 4/10/20 = DJT - Unraveling ToE ThreadPosted by InThePines on 3/26/20 at 11:51 pm to PanhandleTigah
Be sure to read the fine print. Some companies allow data to be released without a warrant, no questions asked.
Read the fine print!
Back to top
Reply
Replies (1)
OptionsTop
Replies (1)

re: Q: p5725 - FISA indictments start and 4/10/20 = DJT - Unraveling ToE ThreadPosted by Von on 3/27/20 at 1:29 am to InThePines
Adrenochrome. Latest IPOT vid is mostly about adnrenochrome. A butt load of chemistry talk.
23 minutes in he switched to EpiPens. Mylan sells EpiPens to schools at a discount (the schools are required to keep them on hand). But what happens to the pens when they expire? He's suggesting there's tons of epinephrine sitting in schools, oxydizing in the injectors and turning into Adrenochrome. If Mylan or an agent of theirs is arranging pickup and disposal then he may be on to something.

He had some on chloroquine too.. and snakes, the Vatican and another buttload of symbology.

Earlier a couple of you were talking about the lack of info on synthetic vs natural adrenochrome.. the lack remains.

I still think there probably is little difference except in their heads. Symbolic, control, domination.
Maybe they save the real stuff for special occasions, rituals or whatever these freaks do.
The harvesting itself may be a ritual and they primarily rely on synthetics.

on 3/27/20 at 3:24 am to QboveTopSecret
Imperial College Scientist Who Inspired the U.S. and U.K. Coronavirus Lockdowns Is in Self-Isolation.

Prof. Neil Ferguson, who warned that over 2 million Americans would die unless Trump changed course, is experiencing classic COVID-19 symptoms and went into self-isolation.

Ferguson was the lead scientist on a report published Monday that said 2.2 million Americans and more than half a million Brits would be killed by the COVID-19 disease unless drastic steps were taken to halt the spread of the virus.

“I’ve been in so many meetings in the last few weeks, and a number of my colleagues from other universities who have been advising the government in those meetings have also developed symptoms,” he told the BBC.

Deborah Birx, who is coordinating the White House coronavirus task force, reportedly said the administration was particularly focused on the report’s conclusion that the entire household should stay in isolation for 14 days if any member of it suffered from COVID-19 symptoms.

Superior General Fauci, pushed this nonsense on the American people.

Fauci flattens the curve on the US economy. 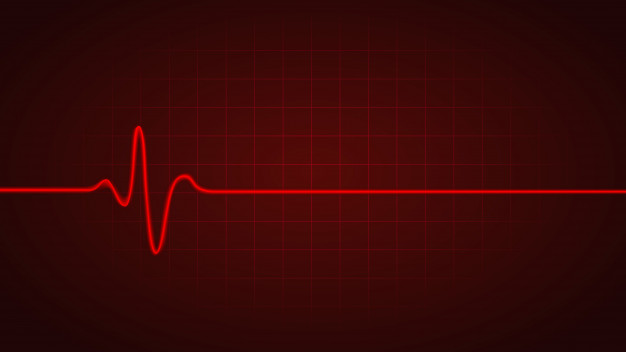 on 3/27/20 at 4:59 am to QboveTopSecret
I stopped reading The Drudge Report in 2016. But my sister told me to look at it. Right now there is a headline at the top that says “Great Spiritual Awakening?” And here’s the article: LINK
Back to top
Reply
Replies (1)
OptionsTop
Replies (1)

re: Q: p5725 - FISA indictments start and 4/10/20 = DJT - Unraveling ToE ThreadPosted by FreedomBarefoot on 3/27/20 at 6:19 am to ThinePreparedAni
Meet the girl that tweets about Hillary sending pizza to the hospital.

quote:
Jenna Lowenstein is a digital strategist for Democratic candidates, progressive organizations, and mission-driven companies. She's the founder of Most Good Strategy.

She served as Digital Director for Hillary for America, where she led the nationwide team that used social media, email, online advertising, design, and video to communicate the campaign's message, organize volunteers, turn out voters, and raise $330 million online.

on 3/27/20 at 6:38 am to FreedomBarefoot
Not replying to the poster, but a thought regarding our troops positioned on the border with Canada to intercept Chinese “steel.” What if they are really looking human trafficking and all? Trump has talked about trafficking on more than one occasion.
Back to top
Reply
Replies (0)
OptionsTop
Replies (0) 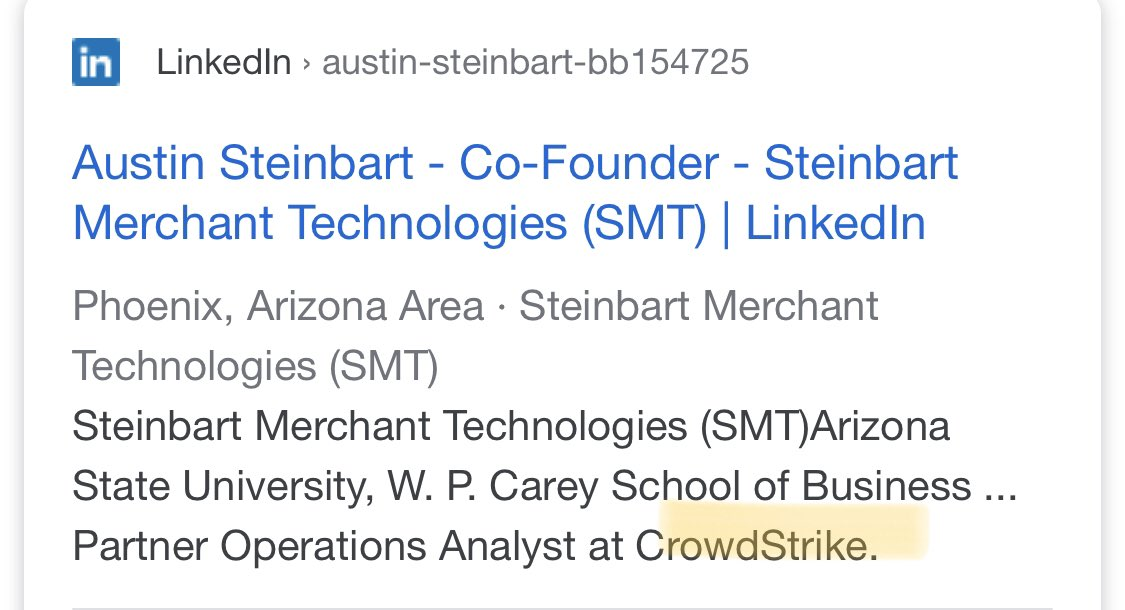 Parasite, Gone with the Wind, Sunset Blvd
This post was edited on 3/27 at 7:29 am
Back to top
Reply
Replies (1)
OptionsTop
Replies (1)

Have you ever noticed that many films take aim at consumerism? This is somewhat ironic being that the movie industry itself does indeed depend on consumerism. But cinema seems to be specifically concerned with when consumerism goes too far — when we become obsessed and begin to define ourselves by the things that we purchase. Movies like Fight Club are quick to call us directly address us on the carpet for such behavior, going as far to have Brad Pitt look directly into the camera and tell us, “You are not the contents of your wallet.” Other films do so a bit more subtly. George Romero’s Dawn of the Dead, for example, is a classic zombie horror film. But what do these zombies represent? Well, one look at the undead mob wandering mindlessly around a shopping mall should clue you in a bit. Movies need us to consume, but they are more than willing to issue a warning on excess.

This is the philosophy of life of Tyler Durden