4
This is the ***OFFICIAL*** 10th Annual JFK Assassination Conspiracy Thread*.


Please use this thread for all JFK assassination topics, including but not limited to the following:

Oswald
The Mafia
Carlos Marcello
Santo Traficante
Sam Giancana
Castro
The CIA
The KGB
Dealey Plaza
The School Book Depository
The Grassy Knoll (what is a knoll anyway?)
Jim Garrison
Clay Shaw
David Ferrie
Various New Orleans homos
The shitty mail order rifle
Oswald's sharpshooter badge
We had an expert do it in the same amount of time
The Warren Commission
Magic Bullet
Arlen Specter
Gerald Ford
NOT Oliver Stone
Jack Ruby
Jack Ruby's strip club
I used to know some old guy who was in Dallas that day and he told me what really happened
I used to know some old guy who tried to touch me inappropriately
Richard Nixon was in Dallas THAT MORNING
Dak Prescott was in Dallas THAT MORNING but was intercepted
LBJ did it
Jackie did it
Old Joe Kennedy did it
LBJ Jackie and Old Joe Kennedy did it together
The names Kennedy and Lincoln both have seven letters
Kennedy had a secretary named Lincoln who urged him not to go to Dallas, Lincoln had a secretary named Kennedy who urged him not to go to the theater
Kennedy liked to park on a driveway, while Lincoln would often drive on a parkway

The Men Who Killed Kennedy re: The ***OFFICIAL*** 10th Annual JFK Assassination Conspiracy ThreadPosted by fightin tigers on 11/22/20 at 2:46 am to Kafka
Are you Daniel Hopsicker?
Back to top
Reply
Replies (0)
OptionsTop
Replies (0)

Lots of OTers about to be disappointed.
Back to top
Reply
Replies (0)
OptionsTop
Replies (0)

Recycled conspiracies with no new information.
Back to top
Reply
Replies (2)
OptionsTop
Replies (2)

quote:
The CIA mulled mafia hits on Cuban President Fidel Castro. Someone called the FBI threatening to kill Lee Harvey Oswald a day before Oswald's murder. And the US examined sabotaging airplane parts heading to Cuba.

These assertions are some of many unearthed in newly revealed government documents related to the assassination of President John F. Kennedy.

Following a deadline 25 years in the making, the National Archives on Thursday evening released a horde of JFK files. President Donald Trump blocked the release of some documents at least temporarily, citing national security concerns, leaving researchers, conspiracy theorists and interested onlookers 52 previously unreleased full documents and thousands in part to sift through.

Here are some of the highlights from the trove so far.

on 11/22/20 at 5:53 am to Kafka
I sort of rule out the Soviet Union (including the KGB, obviously). I just don’t think they would have been willing to take that risk given the tensions that existed at that time.

Wouldn’t shock me if Castro or communists elsewhere were involved given Oswald’s communist sympathies.
Back to top
Reply
Replies (0)
OptionsTop
Replies (0)

on 11/22/20 at 6:13 am to Kafka
My mom’s aunt was in college when Kennedy was killed. Months before, her and a friend were laying out at a hotel pool in Dallas. Two men introduced themselves and were hitting on them.

After the assassination happened and it was all over the news, my mom’s aunt and her friend recognized Lee Harvey Oswald and Jack Ruby as the two people who were hitting on them at the pool in Dallas a few months before.

That means Lee Harvey Oswald and Jack Ruby knew each other. I have no idea what that means in the scheme of things, but it’s an interesting bit of information.
Back to top
Reply
Replies (3)
OptionsTop
Replies (3)

to Everyone
Advertisement
Back to top
kywildcatfanone

quote:
Richard Nixon was in Dallas THAT MORNING

So was George HW Bush, but he didn't remember where he was when he heard the news.

re: The ***OFFICIAL*** 10th Annual JFK Assassination Conspiracy ThreadPosted by Rossberg02 on 11/22/20 at 7:14 am to Kafka
I always figured it was the mafia. A combo of Robert busting up the union stuff, JFK not sealing the deal in Cuba, and old Man Kennedy making promises that his sons didn’t keep.
This post was edited on 11/22 at 12:52 pm
Back to top
Reply
Replies (2)
OptionsTop
Replies (2)

quote:
That means Lee Harvey Oswald and Jack Ruby knew each other. I have no idea what that means in the scheme of things, but it’s an interesting bit of information that we’ve never heard before that would be gold for reporters and is therefore complete and utter made up bullshite. 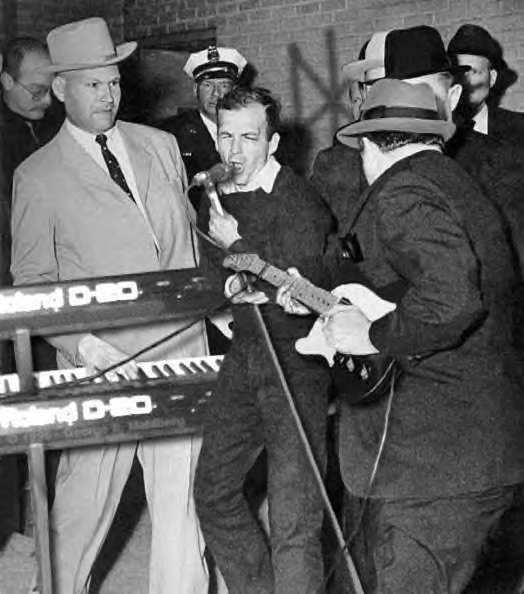