3
Airline shut off the ac to save fuel. Then sat on a runway in Charlotte for 6 hours.

quote:
American Airlines passengers were left 'sobbing' after being held on a hot plane for six hours, report says

LINK
American Airlines held passengers on a hot plane with no food or drink service for six hours on Sunday afternoon, according to a reporter for The Charlotte Observer.

According to The Charlotte Observer, the flight from Charlotte Douglas International Airport to New York City JFK was scheduled to depart in the early afternoon, but due to issues with the fuel tank, the airline transferred passengers to another plane before holding it on the runway.

She said in a tweet that by the sixth hour of being held on the plane, another passenger on the flight was having a "mental breakdown." She added that American Airlines did not allow passengers to exit despite their distress.

Contino said the airline turned the air conditioning off to save fuel, "until people started sobbing and having panic attacks."

Representatives for American Airlines did not immediately respond to Insider's request for comment.

Tull told the local news outlet that the flight to JFK originally boarded at 1:40 p.m., but the airline later told passengers to leave the plane at 3:50 p.m. They then boarded another aircraft at 4:30 p.m., which eventually left for JFK at 7:30 p.m.

I had a fight out of NOLA a few weeks back. After we boarded we sat in the plane for a half hour. The attendants were saying it's just a maintenence issue. We'll be back up. They got AC from the gate. (We never left gate )

When I saw maintenence get on. I told my wife and kids to grab their bags.
We were the first to deplane. Attendant didn't want to let us off at first. Said we may not get back on.
We got off and we're the first to book a later connecting flight. We were going to book the next direct flight. Anyway. But five minutes later the entire plane deplanes and gets in line at the ticket counter I'm already at.

When we're moving. I'm fine. If we're stuck I want off.

on 7/28/22 at 7:14 am to member12
It's honestly pretty amazing that we still have situations where planes will sit on the tarmac for hours with people crammed in them like sardines.

on 7/28/22 at 7:16 am to member12
I thought congress passed an airline passenger bill of rights a few years ago that prevented this situation from happening?
Back to top
Reply
Replies (1)
OptionsTop
Replies (1)

quote:
until people started sobbing and having panic attacks

What a nation of absolute pussies we have become.
Back to top
Reply
Replies (6)
OptionsTop
Replies (6)

quote:
There has to be a solution to this

Uhhh, drive the plane back to the terminal and left the passengers off?

I hope every single passenger sues American into the ground. frick that airline
Back to top
Reply
Replies (0)
OptionsTop
Replies (0)

to Everyone
Advertisement
Back to top
Civildawg 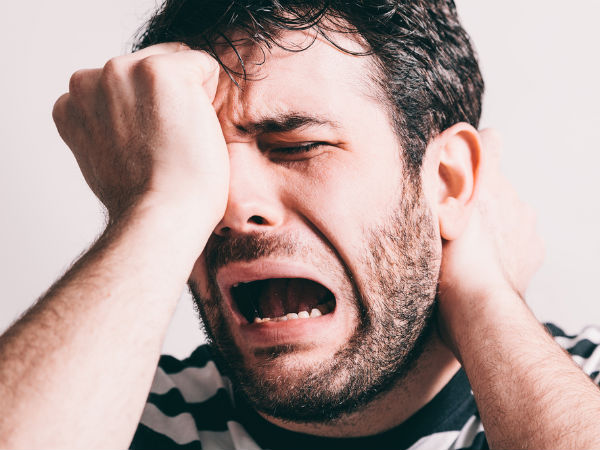 on 7/28/22 at 7:20 am to member12
I’ve switched between United, Delta, and American over the years. So I’ve experienced all three for regular business travel.

American is the Ford of the big 3 legacy carriers. They screw up so much that you wonder how they stay in business. They are the worst one by far. They treat their customers so badly that they don’t deserve to survive the next downturn IMO.
This post was edited on 7/28 at 7:22 am
Back to top
Reply
Replies (1)
OptionsTop
Replies (1)

on 7/28/22 at 7:22 am to udtiger
How hard is it to deplane and let the passengers chill in the terminal? I'm sure there was an open gate at the airport that the plane can be pulled into for 20 minutes, unload, pull the aircraft to a parking spot to fix, and then load up and go. Lazy planning.
Back to top
Reply
Replies (1)
OptionsTop
Replies (1)

on 7/28/22 at 7:24 am to Civildawg
Because pilots and flight attendants start getting paid once they leave the gate
Back to top
Reply
Replies (3)
OptionsTop
Replies (3)

on 7/28/22 at 7:25 am to member12
I sat on one without AC in Houston during the summer and it was getting tense. I think if one person stood up and raised hell, the entire plane would've erupted.

quote:
What a nation of absolute pussies we have become.

While the article is obviously dramatic, those people should not have been on that plane for that long. I’m honestly not sure how I would have handled it.
Back to top
Reply
Replies (1)
OptionsTop
Replies (1)

Posted by The Mick

on 7/28/22 at 7:26 am to member12
Daughter's flight two days ago had no a/c until passengers were in an uproar. Magically the a/c started working
Back to top
Reply
Replies (1)
OptionsTop
Replies (1)