WYHI: I’m (she/her) about to turn 21 and haven’t had my first kiss. I blame the pandemic. 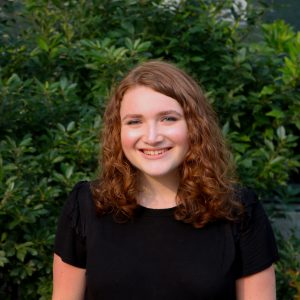 
From 14 to 19, I kept a five-year journal — the kind where each page has slots to write your thoughts on the same day every year.
And in August every year, on my birthday, I would pose the same question to my future self: Has it happened yet?
The “it” in question was my first kiss. Growing up watching romantic comedies and reading young-adult romance novels (including everything Sarah Dessen ever wrote), I was obsessed with all things related to love. I kept waiting for it to happen — but it just didn’t.
The great teenage romance the media told me I would have is only one of many aspects of being young that I feel as if I’ve failed at.
Now, I’m turning 21 later this summer, and I’m not ready.
When I started college in 2018, I resolved to finally live the experiences everyone else around me was living: dating, hooking up, partying, going on adventures. I accomplished some of what I wanted to, but by my sophomore year, I still felt as if I was behind my peers

But all the time I spent working was time I wasn’t spending going to parties, meeting new people, dating and doing the college thing.
I told myself that I still had time, that I wasn’t even halfway done with college. Then the coronavirus pandemic happened, and I lost a year of what was supposed to be the best years of my life.
I’ve failed at being young, and my upcoming 21st birthday is another painful reminder of that.
I know pop culture tends to over-dramatize the teenage experience. And I know, deep down, that I’m far from the only almost-21-year-old lacking these experiences, including their first kiss. But it often feels as if I’m the only one. Let’s just say Drew Barrymore didn’t adequately prepare me for this.
My generation has been crushed by the pandemic. It’s not easy to go through a pandemic, no matter your age, but young people have been hit especially hard.
At first, we were coddled and comforted. Now, we’re expected to jump back into the world at full force.


Many young people are still feeling the effects of the pandemic economically, academically, professionally, socially and mentally. It’s not easy to bounce back. I’m one of the lucky ones: I’ve remained economically stable throughout the pandemic, and I haven’t lost any loved ones. I’m taking this year off to do a full-time journalism co-op and live off campus, but I’ll be returning to in-person classes on campus in the beginning of 2022 for my final year of college.
But we’ve all been robbed of pivotal experiences, whether it’s prom, graduation, dating, college parties or first jobs. We’re a year and half behind where we might be otherwise, and many of us feel like impostors.

quote:
Why are you as a grown man posting this? You don’t have better things to do?

Posted by funnystuff on 6/29/21 at 9:18 pm to Dire Wolf
Though it wasn’t the focus of her piece, oddly enough, she did actually identify what is likely the root cause of this failure...

quote:
we were coddled and comforted

Some things won’t happen until you get out there and make them happen. Simple as that. This isn’t the fault of a busy work schedule or romanticized movies or even the big bad pandemic. I read this and I hear the story of a young woman who has been too afraid to put herself out into the world. Until she takes agency for that decision and resolves to change it, she can just expect more of the same.

Not trying to be mean and not trying to put this young woman down. Just the simple truth in my opinion. And if she keeps getting coddled and comforted instead of being told that truth, nothing is going to change for her.
This post was edited on 6/29 at 9:22 pm
Back to top
Reply
Replies (1)
OptionsTop
Replies (1)

to Everyone
Advertisement
Back to top
TheWalrus

on 6/29/21 at 9:19 pm to Dire Wolf
So self absorbed. There are people with disabilities that likely never will experience anything close to romance. She could get laid in an hour on any dating site if she wanted to.
Back to top
Reply
Replies (0)
OptionsTop
Replies (0)

Posted by MiamiRelative on 6/29/21 at 9:21 pm to funnystuff
Why not. She looks like a young Sarah Huckabee Sanders

on 6/29/21 at 9:22 pm to Saint Alfonzo
"My generation has been crushed by the pandemic. It’s not easy to go through a pandemic, no matter your age, but young people have been hit especially hard.
At first, we were coddled and comforted. Now, we’re expected to jump back into the world at full force."

Try having real life responsibility and going thru it say as a single mom. Sick of this coddled and comforted weak azz generations.
Back to top
Reply
Replies (1)
OptionsTop
Replies (1)

on 6/29/21 at 9:23 pm to Dire Wolf
You know there is some wuss out there that thinks they are in love with her, and she has no idea they exist basically.

Meanwhile she is infatuated with some douche out of her league.
This post was edited on 6/29 at 9:24 pm
Back to top
Reply
Replies (0)
OptionsTop
Replies (0)

quote:
Growing up watching romantic comedies and reading young-adult romance novels (including everything Sarah Dessen ever wrote), I was obsessed with all things related to love.