re: Audubon Park Golf - Potential ClosurePosted by BallChamp00 on 5/21/20 at 6:04 pm to lsu13lsu
They should sell the land at Webb and buy land around sorrento or out that way and build a top notch course. That land at Webb is worth a ton.
This post was edited on 5/21 at 6:05 pm
Back to top
Reply
Replies (1)
OptionsTop
Replies (1)

re: Audubon Park Golf - Potential ClosurePosted by lsu13lsu on 5/21/20 at 7:20 pm to BallChamp00
I agree. I have always thought they should sell it and focus energy on remaining courses. Beaver Creek could be a special place.
Back to top
Reply
Replies (2)
OptionsTop
Replies (2)

re: Audubon Park Golf - Potential ClosurePosted by The Johnny Lawrence on 5/21/20 at 7:22 pm to lsu13lsu
I'm honestly not sure the last time you've been to BC, but it's in about as good of shape as you could want. It isn't perfect, but it's really strong right now.
Back to top
Reply
Replies (1)
OptionsTop
Replies (1)

I tried to start this thread to bring awareness to an issue that I knew would matter to the people of this board. Clearly, if you see the activity in this thread relative to other threads on the golf board, the issue of closing the Golf Club at Audubon does matter to people. Rather than allowing the thread to serve its purpose, you have tried to derail it from the beginning with your ramblings of irrelevant bull shite not related to the specific issue, instead trying to call attention to some over-arching issue with Louisiana golf.

Because I cannot stand your insufferable moronic rambling any longer, I figured I’d set the record straight as a good friend of someone close to the issue.

-First and foremost we are talking about the oldest golf course in Louisiana. One that has been in continuous operation for 122 years and is the birthplace of golf in our state.

-Ron Forman’s comment on the course “basically breaking even” is an over-generalization. The course hosts ~30,000 rounds/year at an average of $35 per (>$1MM). That does not include the tournament revenue.

-The maintenance budget for the course is just under $700,000. The equipment is leased.

-The estimated maintenance for the green space is $300,000 PER YEAR. This does not include the amount needed to convert the course into a functional park.

There are a lot of moving parts because of the size of the operation and the inclusion of things like the event space for weddings etc. into the budget. All that said, To characterize the “break-even” course as a failure from your la-z-boy in Zachary or whatever shite suburb of BR you’re from is ridiculous.

Judging by the public response to the news, you’re on the wrong side of this one, man. Just give it a rest.
Back to top
Reply
Replies (0)
OptionsTop
Replies (0)

quote:
ce
I'm honestly not sure the last time you've been to BC, but it's in about as good of shape as you could want. It isn't perfect, but it's really strong right now.


It’s been awhile, but the last time I posted there I was really impressed. I played Santa Maria the same weekend and while I thought it a much better layout, I told the guys I was with that SM needed to be kept up like BC was.

Webb hadn’t been kept up since Al Michaels retired. It was a treasure back in the day, CP had never been kept up,


I started playing Webb in the 60s when in HS.
It had tall, majestic trees lining most of the fairways, nice greens, nice sand traps and a large maintenance staff with their equipment barn on #7. The canal wasn’t concrete yet.
It has changed a lot since then mostly to the negative as major trees were lost, traps abandoned, holes changed, etc.
It makes me feel good to hear you repeatedly say that they are finally keeping it up. It’s a treasure and should be kept up.
Now it’s not the test it use to be. Few old courses are, but it still should be nurtured and cherished. A course right in the middle of the city for all to play is good for golf.
Back to top
Reply
Replies (0)
OptionsTop
Replies (0)

to Everyone
Advertisement
Back to top
RandyNewman

Excited for the course to reopen, but it looks like the shutting down for a few weeks has allowed the “Karens” to mobilize.
Back to top
Reply
Replies (0)
OptionsTop
Replies (0)

Friend of mine sent me this 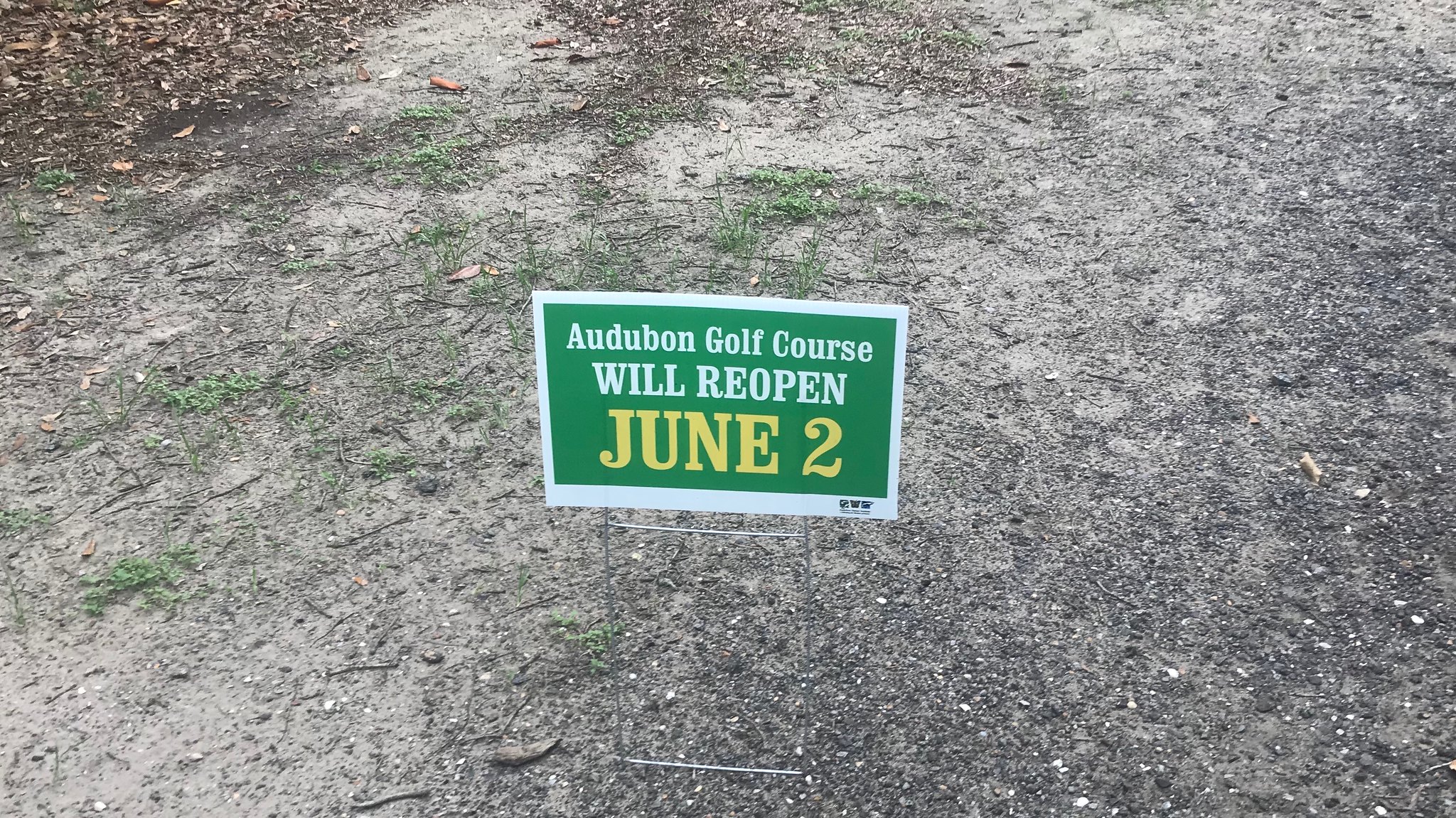 on 6/3/20 at 4:32 am to beauxkner
I didn’t read the entire thread. But since the Audubon ‘s closure, It’s been overrun with park goers. Some Saturdays probably close to 500 people roaming the golf course treating it like a park. Most are very respectful of the grounds.

There is a sign on every green to keep off. But some people apparently can’t read. I’ve been biking the cart paths.

These people are loving the new “park” space there and want to keep it that way, and are also probably the ones advocating it’s closure.

Edit: I guess it’s open now per that sign. Can someone confirm it’s open?
This post was edited on 6/3 at 4:44 am
Back to top
Reply
Replies (2)
OptionsTop
Replies (2)

on 6/3/20 at 6:38 am to GeauxTigers80
Per the Facebook group people were playing yesterday. I was planning to play this weekend but with the tropical system coming it looks like I’ll have to try to squeeze in a round after work.
Back to top
Reply
Replies (1)
OptionsTop
Replies (1)

quote:
Some Saturdays probably close to 500 people roaming the golf course treating it like a park. Most are very respectful of the grounds.

Not long ago my wife and I took our grandson to walk around the the path that surrounds the course and were surprised at the amount of people roaming the course as if it were "green space". As mentioned in the quote above they were very respectful and just seemed to like the open space.

Audubon is my favorite public course in the area but I can see where the area it's in would be better served by shutting it down and turning it into green space. That being said the Audubon Institute would then lose the revenue the course generates and the land will become a drain on the Institute's finances.

Here's a link to a story from yesterday confirming that the course has in fact re-opened - LINK
This post was edited on 6/3 at 12:29 pm
Back to top
Reply
Replies (0)
OptionsTop
Replies (0)

re: Audubon Park Golf - Potential ClosurePosted by CBandits82 on 6/3/20 at 9:12 am to Swagga
My Dad played yesterday, Audubon is opened up and rolling.

Said they had a nice crowd.
Back to top
Reply
Replies (1)
OptionsTop
Replies (1)

re: Audubon Park Golf - Potential ClosurePosted by CBandits82 on 6/3/20 at 2:58 pm to Woolfman_8
I worked there for two summers when it first opened after the remodel.

I love that course.
Back to top
Reply
Replies (0)
OptionsTop
Replies (0)