Get me up to speed. Why is Trump mad at “Maggot Hagerman” (Margaret Hagerman)?

quote:
And he will do an interview with her next month. Move on to BDR, guys.


Yeah hasn’t she pulled this at least twice with him already?

It’s like Lucy pulling the football from Charlie Brown at this point, what did he expect?
Back to top
Reply
Replies (1)
OptionsTop
Replies (1)

on 9/30/22 at 8:51 pm to GumboPot
He was a great president but shite guys he makes it too easy to give them narratives to spin and ralking points.
Back to top
Reply
Replies (1)
OptionsTop
Replies (1)

I cannot for the life of me understand why he talks to Maggie Haberman and spent 20 hours with Bob Woodward.

quote:
He was a great president but shite guys he makes it too easy to give them narratives to spin and ralking points.

I voted for him twice but I agree, he's his own worst enemy
Back to top
Reply
Replies (1)
OptionsTop
Replies (1)

quote:
Move on to BDR, guys.

Didn't WaPo already run an editorial saying Desantis is LITERALLY Trump and Hitler combined plus 2? Wake the frick up.
This post was edited on 9/30 at 9:00 pm
Back to top
Reply
Replies (3)
OptionsTop
Replies (3)

on 9/30/22 at 9:03 pm to BengalOnTheBay
DeSantis is too smart to give interviews to Axios, Woodward, and Maggie. The beautiful orange man thinks he can charm or 4D chess them.

on 9/30/22 at 9:06 pm to BengalOnTheBay
Maggie is DS as shite ,probably seeeyeyea she won a pulitzer for writing about fake russia collusion.he knows more about her than he is letting on.
dont forget Bezos owns WAPO
This post was edited on 9/30 at 9:09 pm
Back to top
Reply
Replies (1)
OptionsTop
Replies (1)

to Everyone
Advertisement
Back to top
FlyingTiger1955

on 9/30/22 at 9:11 pm to BengalOnTheBay
Ian probably sunk DeSantis. There’s a lot of displaced people and voting will not be on the top of their lists. I would not be surprised to see him and Rubio lose now because so many of his supporters are scattered. If he loses the Governor’s race, he will be done.
Back to top
Reply
Replies (1)
OptionsTop
Replies (1) 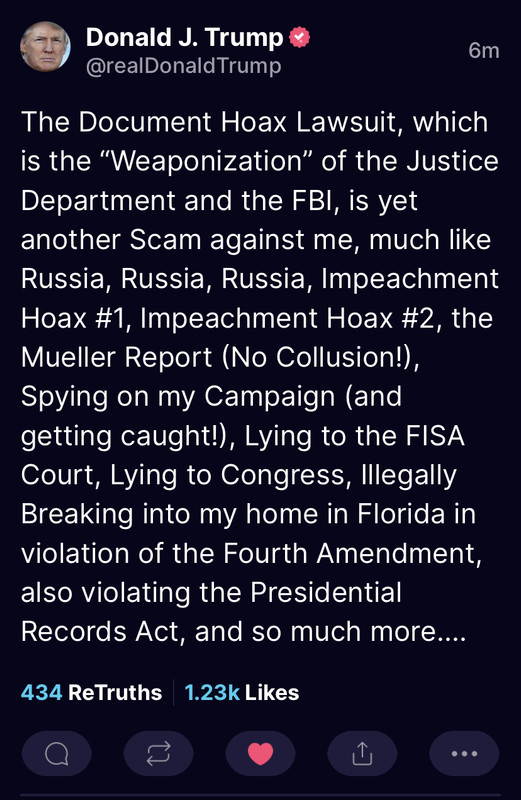 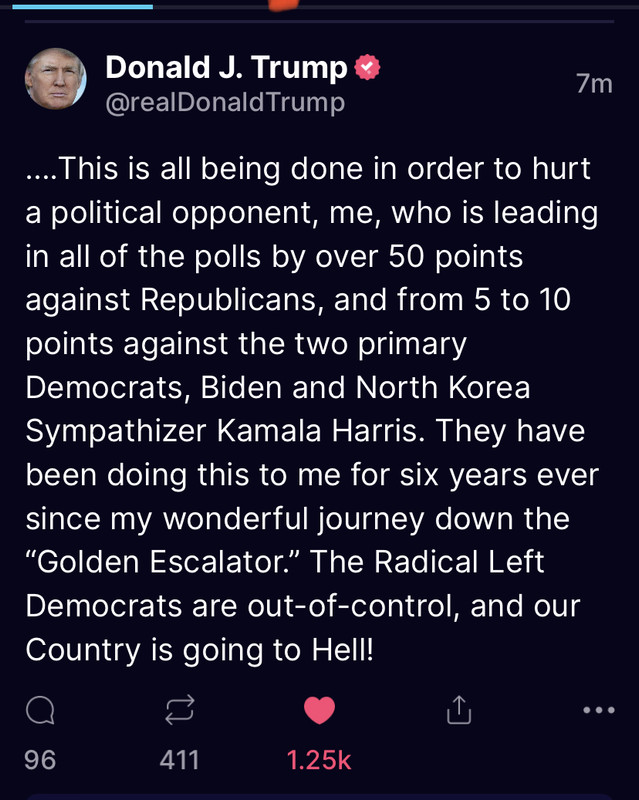 Posted by LSUTIGER in TEXAS

quote:
he's his own worst enemy

it doesn’t matter what you say or do, they will relentlessly attack you at your weakest link. And if you handle the situation perfectly, and say all the right things, they will make shite up about you and slander you with IC leaks, phony investigations, and harass you with the FBI/DOJ


It doesn’t matter who it is. If you have an R behind your name, you are evil and must be destroyed. These people don’t care about the truth, only selling their narrative that their opponents are worse than Hitler so the Dems are the only viable option. That’s the only way they can win, by slandering their opponent bc god knows their platforms are wholly unpopular and terrible for America


Trump terrifies them. That’s good enough for me
Back to top
Reply
Replies (2)
OptionsTop
Replies (2)

quote:
Trump is a nut. I can't understand the poliboard obsession with this loser.

You are one of the programmed useful idiots Yuri Bezmenov warned us about almost 40 years ago.

on 9/30/22 at 9:59 pm to GumboPot
Trump literally worships Maggie Haberman and everybody knows it and to try and play it off he gives her a pretty shitty and cruel nickname. Small dick energy from him. Wins no one over all he does is alienate people. Stupid strategy from a man who literally got crushed in a debate by Joe Biden.