I havent hunted Ms in is years so I forget. Slept in and my son woke me up “daddy there is a doe in the backyard you couldve smoked”. Makes me want to get in the woods. Ive got a set up in my shed for a 10yd arrow shot. Maybe i’ll get one next week.
Back to top
Reply
Replies (0)
OptionsTop
Replies (0) 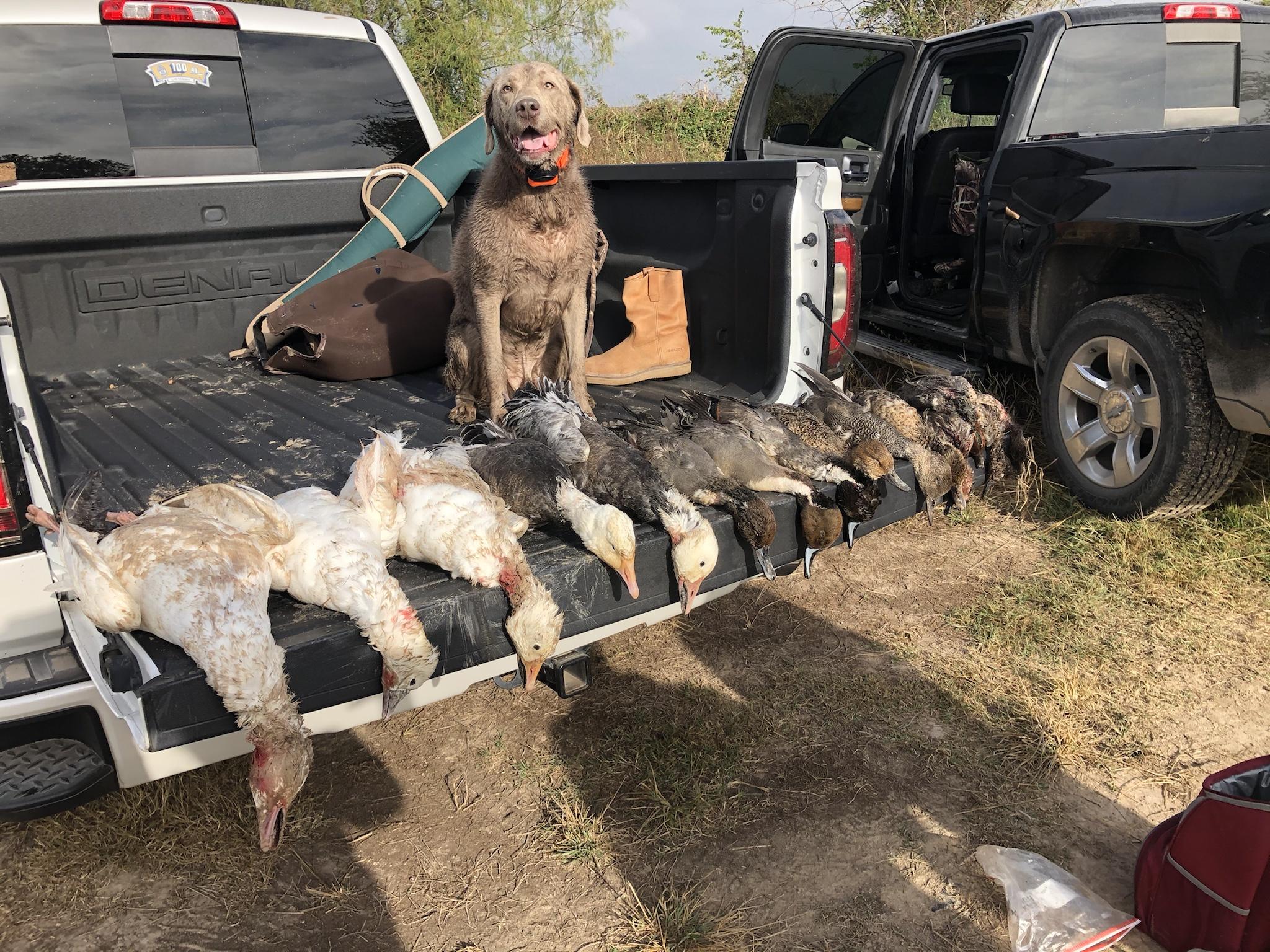 I'm not ok with seeing a deer out of range and not trying to do something about it.

on 11/21/20 at 10:43 am to DownshiftAndFloorIt
Got a smallish meat doe. Was gonna pass but started thinking about young backstrap and how stupid it would be to shoot a single doe once the rut starts in early December.
Back to top
Reply
Replies (0)
OptionsTop
Replies (0)

to Everyone
Advertisement
Back to top
257WBY

Not a wall hanger for some, but a nice opening day piney-woods buck.

quote:
Best of luck. First opener I’ve missed in many years. Rona has our work schedule messed up. I’ll actually have more time off, so not complaining.

Hey baw, I know you don’t recognize my new screen name because I had some fruit liberal from work try basically doxx me and went to HR to complain about about some PT board posts because I didn’t agree with his ideology. It didn’t go well for him because our Company terminated this douche for putting out my personal info. I apologize for bringing politics in this but wanted to let you know why had to get TD admins to do a new user ID and account.

257, I hunt in Waterproof in Tensas. We’ve been chatting back and forth for the last four years about hunting until the last 8 months. I’m sure you remember who I am. I even offered for you to come make a few hunts on our place since we have so many does to kill and would need a person or 2 to come fill your tags and I have no problem with you taking a 135”-150” mature bucks if the opportunity was presented.

Anyway. Let me tell you what happened this morning when I get in my stand 28 minutes before shooting time. 10 Minutes after sitting in my stand, I had what looked like 2 dozen deer start filing in to to my plot. My infared binos weren’t working right and I could barely see the 5 big body mature. It was foggy as hell and my infared was malfunctioning and everything thing was super white with no color contrast because of the heavy fog by the River.

Literally 1minute before legal shooting hours rolled around or it was probably already legal shooting time I had my gun already on my rail to the right where they were, waiting for my opportunity to swing my 360* chair to the right to square up with my gun. Remember, at this point I still couldn’t make out the horns very good. 2 of the bucks older than 2.5 years old were 3.5 year olds that probably scored 125ish” and that’s a conservative estimate. Then there were 2 others that were probably 4.5s , 1 mid- 130s, and another 4.5 old near 140 and then there was an 11 point that I know for a fact is 6.5. He was no shite low 160s” , no doubt. These are all deer I’ve had on camera the last several months and have seen almost all during bow season.

By the time I recognized the 11 point it was to late. They had winded me apparently and were focusing on my stand. As soon as I started to turn to get square they bolted and i was in a good elevated box stand. I am absolutely sick about it. They definitely winded me which put them on edge but my seat could’ve made the tiniest noise or they just saw me make my turn.

Despite the heavy fog, it’s my own fault for dicking around with my phone as soon as I sat down to post in the IST/ IBT thread. Never got to finish the post.

Anyway, good luck to you 257WBY and all you baws in the woods. A lot of dipshits in the woods opening day who shoot at sounds and are irresponsible. Mostly Cajuns, lol but we don’t have any that borders our property in that area. I’m half coonass so I can shite on them at will
Back to top
Reply
Replies (3)
OptionsTop
Replies (3)

on 11/21/20 at 2:52 pm to Quesadilla Superman
I had a jackass walk between me and a bedding area.... 30 minutes after legal light blowing snot rockets and coughing.
Back to top
Reply
Replies (1)
OptionsTop
Replies (1)

on 11/21/20 at 2:55 pm to Quesadilla Superman
What an awesome hunt. When you’re being selective, some will slip by. You’ll catch up with him soon. Would love to shoot some does. Shoot me an email if you still have it. Not sure if I have yours or not.
Back to top
Reply
Replies (1)
OptionsTop
Replies (1)

on 11/21/20 at 3:06 pm to 257WBY
Woodville Ms
Plot on edge of creek in between hardwoods and big pines with little PDubya. He has his new 6.5 I didn’t even bring a gun.
Wife on field about 1/4 mile north on creek
Sign everywhere
Back to top
Reply
Replies (0)
OptionsTop
Replies (0)

quote:
I had a jackass walk between me and a bedding area.... 30 minutes after legal light blowing snot rockets and coughing.

About that... I am sorry, did not know exactly where you were hunting, and all the cold medicine I am taking made me oversleep , it probably ain’t the China virus, but you might want to get checked anyway
This post was edited on 11/21 at 3:30 pm
Back to top
Reply
Replies (0)
OptionsTop
Replies (0)

on 11/21/20 at 4:24 pm to 257WBY
Back in a box on the edge of a good plot. Same one I hunted this morning. Had deer on camera every morning and night for the last two weeks, so of course nothing shows up this morning. Here’s to hoping they come back soon!
Back to top
Reply
Replies (2)
OptionsTop
Replies (2)

on 11/21/20 at 4:41 pm to theOG
Washington parish
Box over lanes in a small cut over. My 4yr old daughter's first hunt. Does have been hitting this plot hard right at dark. Hoping we get to see one.
7mm08 for me if buckzilla walks out. Red Ryder bbgun for her
[url=https://ibb.co/nRRF6m9] 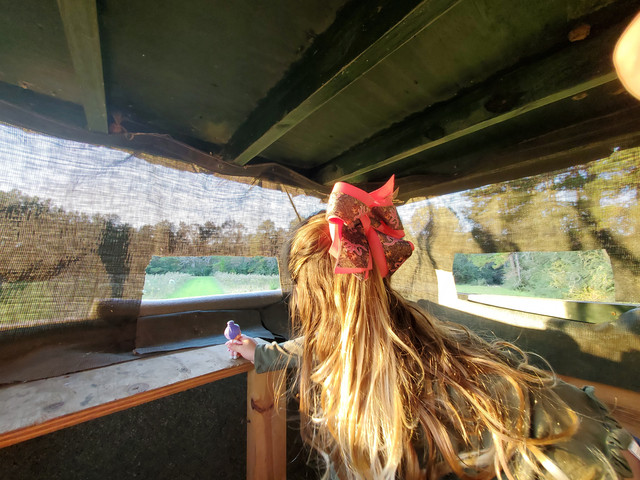 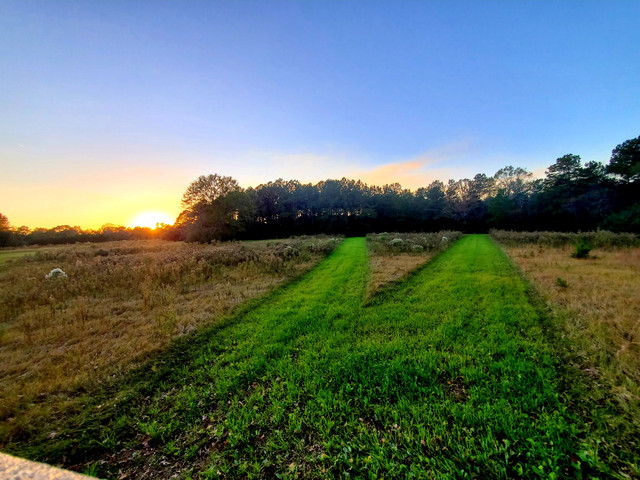