Guy on internet: Guy on the internet thinks a QB who has more career rushes than passes is somehow a better fit than a QB who is a drop back passer like Payton has had for nearly 2 decades.

re: VIP Report: Sean Payton favors Taysom Hill over Jameis Winston as Saints' starterPosted by Laloosh on 7/21/21 at 11:25 am to Choot em Tiger

quote:
Lol if you think the saints are winning more than 8 games this year

17 game season now. You still have the best o line in football. Still have to of the best skill guys in football when healthy and the defense will still be at the very least average… not to mention you still have Sean Payton! The Saints are winning more than 8 games
Back to top
Reply
Replies (0)
OptionsTop
Replies (0)

That's because he already had several seasons in the system, an understanding of the terminology of the plays & playbook, more access to practices with the receivers in terms of timing & an actual prior live game action under his belt in the offense.

Winston came into a brand new offense that contains complex offensive concepts with no offseason workouts, no training camp, extremely limited access to work on timing with receivers & limited access to the film room because of covid.

Some of you tards can only see situations at the surface level. Hill being chosen to start while Brees was out went much deeper than just Payton picking his favorite between the two backups. Even with Hill's prior experience in the system, Payton still had to idle down the playbook for him.
Back to top
Reply
Replies (1)
OptionsTop
Replies (1)

quote:
However what did perplex me was the play calling - lots of under center hard PA which didn’t seem suited to his abilities.

You are perplexed because you don't have any general understanding of NFL offensive concepts. What you mistakenly misinterpreted as play calling that didn't suit Hill's abilities was really Payton simplifying the reads Hill would have to make in order to limit his mistakes (turnovers). Anyone who watched the Kurt Warner breakdown video in that thread & who understands what they watched, knows this already.
Back to top
Reply
Replies (1)
OptionsTop
Replies (1)

quote:
Yes there is possibility for more INTs but who's to say if Taysom had to throw it that much and take chances that he wouldn't throw more INTs either, but he is the better pure passer of the 2. Also we haven't seen a fully utilized Sean Payton playbook in about 4 seasons due to Drew's arm strength, Winston would allow him to open it back up.

I agree with your entire post. I'll piggyback off this statement if you don't mind.

The point is even Drew had to learn & grow in Payton's system. Brees was an aggressive passer & because of his accuracy, he believed he could make every throw. Early on in his tenure with the Saints, some of those throws went to the other team. It's when Brees truly learned the value of taking the easy throw or the check down, that his INTs decreased.

It's going to be the same with Winston. Take the big chunk passing option when it's obviously available yet he must take the easy throw or check down in other instances when the defense is set up to take away the chunk play. If he can keep his INTs in the teens & TDs in the 30+ range, the offense will be fine. This will happen as long as he takes full advantage of Kamara's abilities out of the backfield as a receiver.
Back to top
Reply
Replies (0)
OptionsTop
Replies (0)

quote:
Everyone was surprised when Hill started after Brees’ injury. I wouldn’t dismiss the possibility.


The one and only reason that happened was because Payton promised him that opportunity. And I’m glad he did because it solidified that he will NOT be starting

to Everyone
Advertisement
Back to top
BigBrod81

Winston has been working his tail off literally. He's almost unrecognizable due to how he has transformed his body from his FSU days & first few seasons with the Bucs. If he is putting as much time & effort in the film room as he has in the weight/training facility, utilizing unique QB drills to work on mechanics & developing timing with his receivers then he will have an outstanding 2021 season. All these doubters will suddenly disappear like a fart in the wind.

on 7/21/21 at 2:29 pm to BigBrod81
I really enjoyed seeing this drill. Winston has coughed up the ball a lot in the pocket over his career trying to extend plays while still looking downfield. This drill will definitely pay dividends in the ball security department. The drill also helps with maintaining the proper footwork while under duress in the pocket. It also focuses on keeping the eyes downfield despite the pocket collapsing around him. 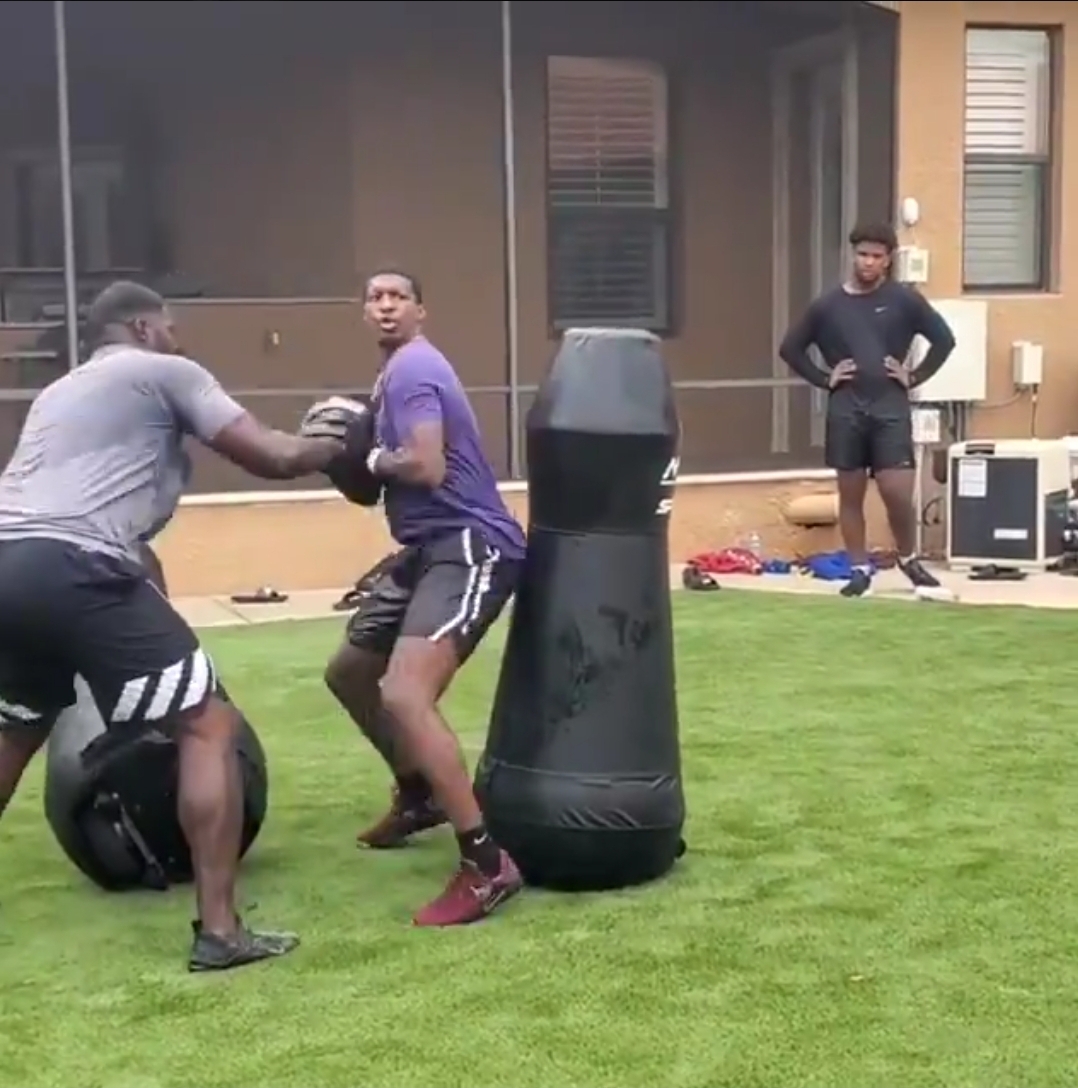 Kurt Warner said the same thing in his video breakdown. I guess a two time league MVP, Super Bowl MVP & Hall of Famer at the position doesn't know what he is talking about either. STFU tard.
Back to top
Reply
Replies (1)
OptionsTop
Replies (1)

I would just throw the ball


But, I would like to see him have to throw to a target right after that drill. Will have him work on his accuracy (goes for any QB) right after having to squeeze the ball that way; and ensure he's not just holding it different for the drill?
Back to top
Reply
Replies (1)
OptionsTop
Replies (1)

on 7/21/21 at 3:42 pm to BigBrod81
Any idea what benefit Mahomes is getting from throwing the grounders?

Edit: Because I know its coming, I am not questioning the drill, just curious of the benefit from that motion as it would not be one even he would use; unless he's practicing the spike drill

sounds very credible and most likely true barring an injury

re: VIP Report: Sean Payton favors Taysom Hill over Jameis Winston as Saints' starterPosted by Wadey on 7/21/21 at 5:47 pm to keakar
Everyone that’s interested in the real value Winston brings as a QB needs to listen to Off the bench with T-Bob i think it’s last Friday. They had a Winston historian on with the statically data on every QBs 1st 5 years.
Some really good info not the vomited repeatedly narrative ESPN and the NFL network stuffs down your throat. Winston starts without a doubt and we are lucky to have him.
Back to top
Reply
Replies (0)
OptionsTop
Replies (0)

quote:
Any idea what benefit Mahomes is getting from throwing the grounders?


quote:
Arm speed is a a trainable attribute for QBs. Ball Release speed is a game breaker. Trick is to execute proper chain reaction biomechanics & authentic / situational arm slots. Great opportunity to work on front side mechanics, pressure in the ground, & keeping your head still.

I would just throw the ball