Page 2 of 2
Posted by
Message
Gusoline

on 6/7/21 at 7:18 am to Gusoline
It's one of those shows with a lot of kid friendly parts with several very adult situations thrown in.

But except for being a little more real/serious at times than the average Marvel movie, if they can handle those, this should be fine.
Back to top
Reply
Replies (0)
OptionsTop
Replies (0)

on 6/7/21 at 8:20 am to Dam Guide
Watched the first episode and enjoyed it. Then went and read the first 6 issues of the comic online. It’s very, very different.
Back to top
Reply
Replies (0)
OptionsTop
Replies (0)

re: Sweet Tooth - NetflixPosted by SUB 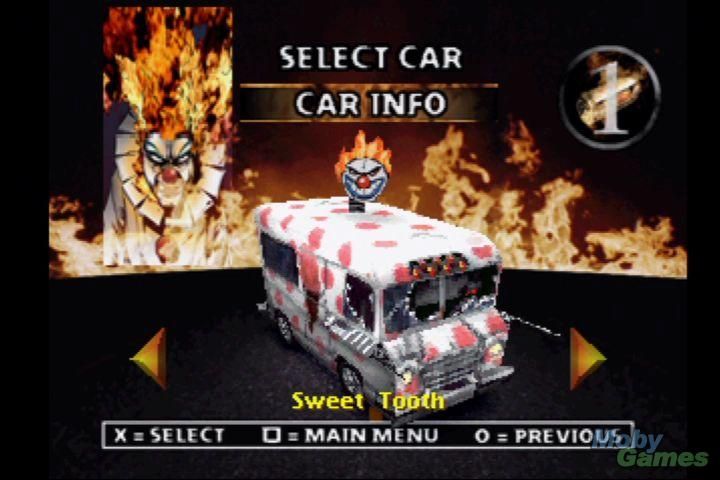 on 6/7/21 at 1:26 pm to Dam Guide
This show is about a dear boy with horns (like a demon) that is indoctrinated by his "Pubba" to be afraid of people after the world has been depopulated by a virus, except when it isn't convenient for the story. The boy enlists a black guy to fight his battles for him, which always seem to be against white guys with southern accents. The black guy is a drug addict and he and the boy rob a security train for drugs and assault an officer. People keep talking about "Abbott's America" which is ham-fisted attempt to equate this world with "Trump's America".

There is a b-plot about an "Indian" doctor with really curly hair that looks like brown-face who is trying to help his wife who is apparently addicted to consuming the pineal gland of humans, which sounds a lot like adrenochrome just substituting the gland. The audience is supposed to feel bad for this couple as they murder a neighbor out of desperation to keep their lies from being discovered.

More Relevant information:
The term "Grand Poobah" was used recurringly on the television show The Flintstones as the name of a high-ranking elected position in a secret society, the Loyal Order of Water Buffaloes. The main characters, Fred Flintstone and Barney Rubble, were members of the lodge. The lodge is a spoof of secret societies and men's clubs like the Freemasons, the Shriners, the Elks Club and the Moose Lodge.
Back to top
Reply
Replies (2)
OptionsTop
Replies (2)

re: Sweet Tooth - NetflixPosted by jts1207

on 6/9/21 at 3:47 am to blackinthesaddle
Great show and looking forward to season 2. Didn’t really take anything nefarious away from it like the post above suggests
Back to top
Reply
Replies (1)
OptionsTop
Replies (1)

on 6/9/21 at 6:32 am to jts1207
My biggest complaint is about the other hybrids. They did a very good job with the hybrid babies and with Gus and the pig girl. But for the rest of the ones they showed, they just used animal costumes that look like they're from Broadway musicals.
This post was edited on 6/9 at 6:33 am
Back to top
Reply
Replies (2)
OptionsTop
Replies (2)

on 6/9/21 at 7:22 am to blackinthesaddle
That's some very interesting information

to Everyone
Advertisement
Back to top
Funky Tide 8

on 6/9/21 at 12:58 pm to Captain Crown
I am on episode 5 I think. My least favorite part of the show by far(besides Will Forte getting murked so quickly) is the Animal Army. Very cringey. Also, they made Yellowstone to look like Glacier, but whatever. Still a pretty enjoyable show.
This post was edited on 6/9 at 1:00 pm
Back to top
Reply
Replies (0)
OptionsTop
Replies (0)

re: Sweet Tooth - NetflixPosted by Tiger in Gatorland

quote:
Anyone else catch that shot of “ Tommy Jepperd DT - LSU” on the tv at the Dr’s house?

Yes, sure did. I'm on episode two. He's the big black dude that Sweet Tooth attaches to when he leaves the park. I'm wondering if there are more LSU easter eggs in the show later on.
Back to top
Reply
Replies (0)
OptionsTop
Replies (0)

quote:
My biggest complaint is about the other hybrids. They did a very good job with the hybrid babies and with Gus and the pig girl. But for the rest of the ones they showed, they just used animal costumes that look like they're from Broadway musicals.

So I think it is pretty much a given that the doctors horse is a hybrid?
Back to top
Reply
Replies (0)
OptionsTop
Replies (0)

The one looked like a reject from CATS ( The movie )

re: Sweet Tooth - NetflixPosted by vuvuzela

on 6/10/21 at 9:31 pm to Dam Guide
Was hoping this was a show about Twisted Metal. I don't know if any of you played twisted metal black, but some of the ending sequences were fricking crazy:

re: Sweet Tooth - NetflixPosted by When in Rome

on 6/10/21 at 10:10 pm to Dam Guide
It’s kind of crazy that USA Today ran a front-page ad for this show that looked like a news story (it says “advertisement” realllly small toward the top): 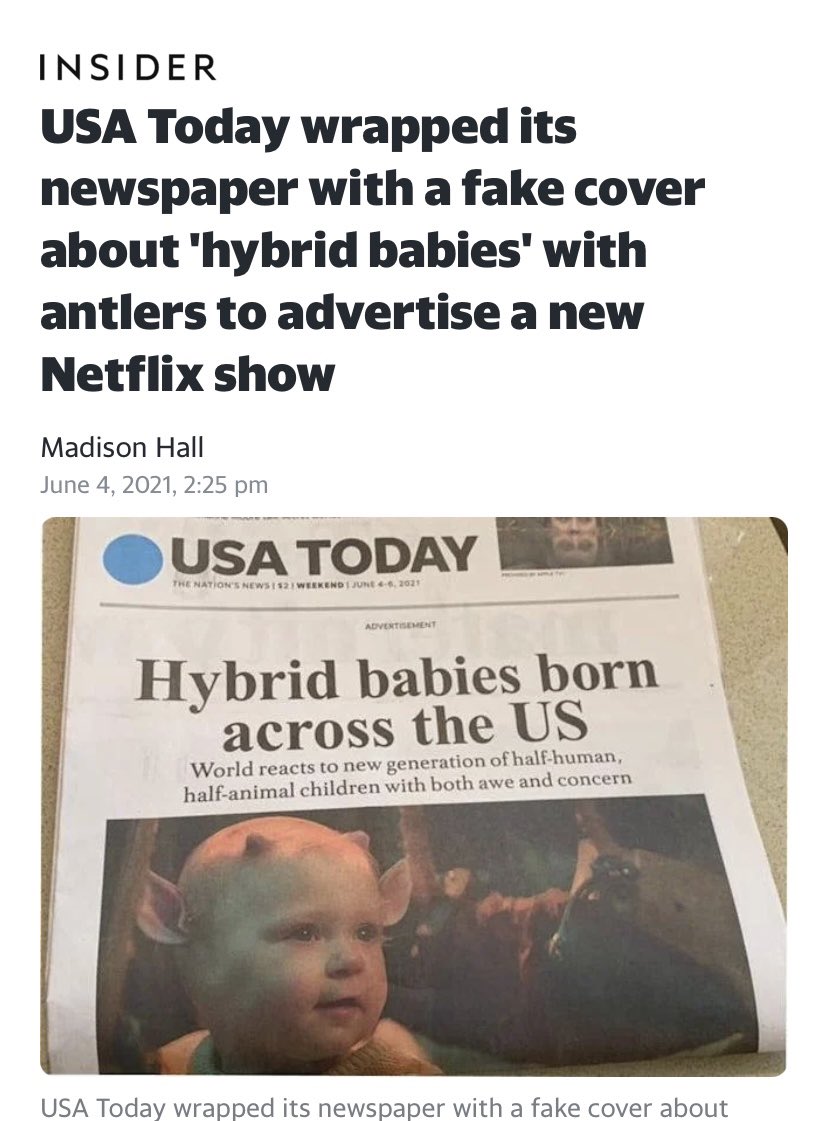 quote:
Girl and i are wondering if we should watch it with the kids, 9 and 11. Thoughts?

on 6/14/21 at 1:53 pm to rebelrouser
Love this comic. I never finished it though, because I lost interest in comics overall before I got to the last few books. I need to dust off my old copies and give it a reread, but first I will watch the show. I do hope it does the books justice
Back to top
Reply
Replies (0)
OptionsTop
Replies (0)