quote:
Demons is a big Nope


Why are y’all jumping to the supernatural or the demonic.

This is easily explained by sleepwalking. Or dreaming. Or being half awake and mishearing something
Back to top
Reply
Replies (0)
OptionsTop
Replies (0)

One part of this is accurate.
Back to top
Reply
Replies (0)
OptionsTop
Replies (0)

re: So since my divorce, I rent...Posted by saturday

re: So since my divorce, I rent...Posted by Eat Your Crow

quote:
beejon's magic spirit sword to help you out, bruh.

I've often wondered what quest I had to go on to find that sword. Its been many years since the OT learned of it's powers. Never have I found another one like it.
Back to top
Reply
Replies (2)
OptionsTop
Replies (2)

quote:
I also use this excuse when I need to rub one out in the middle of the night.

Its your bed. Plus, I think the shaking helps em stay sound asleep.
Back to top
Reply
Replies (0)
OptionsTop
Replies (0)

re: So since my divorce, I rent...Posted by Tiger Nation 84

Why are your two boys sharing a room then?
Back to top
Reply
Replies (1)
OptionsTop
Replies (1)

quote:
I've often wondered what quest I had to go on to find that sword. Its been many years since the OT learned of it's powers

I wrote a whole story about it.


The sunset sent rivulets of blood streaking across a goldenrod sky as he stepped out of his van at the local grocer's, an old shipping warehouse refitted some decades back. He could feel the heat shimmering off the black asphalt parking lot, making his soles uncomfortably warm. "Sho is hot today.", he said to no one in particular, "well, better get a move on, supper won't cook itself, no no no."

The cold blast of the chilled air was a soothing blanket as he walked in those sliding automatic doors, as if The Lord himself had opened them. "Thank ya kindly," beejon spoke with a slight upturn of his neck and his eyes towards the ceiling, then grabbed a buggy and began to make groceries.

Carrots, bellpeppers, onions, collard greens...beejon inspected each one with a tender hand, humming and muttering to himself all the while, turning them over, looking for bruises and dark spots. "Corruption in is a terrible sin," he quipped. The lady next to him gave him a queer look and stepped back to her buggy, but he paid her no mind, it was squash squeezing time.

When he got to the tomatoes, a hair raised on his neck, bristling...he began to sense an uncomfortable warmth spreading across his back. His smile faded in a blink, and his eyes focused in consternation as he slowly turned around. No longer was the store filled with just shoppers. Where once there were fresh bread and pastries now stood dark figures, shades given terrible form, as if shadows were engulfed in black fire. In guttural, inhuman tones a voice like thunder rolled from the things snarling lips.

"I have come for you, seer...the master bids you see true power, so you may quiver as your precious faith fails you..." Beejon's eyes were steely as his neck craned to meet the gaze of the beast. "Tell your master I am ready," he hissed, "a power greater than his flows through these veins."

Reaching into his buggy he selected a carrot and a stalk of celery, and holding them crossed in front of himself he uttered a prayer. The shade grimaced and growled at the words, and all of a sudden it was not produce in his hands, but flaming swords of holy fire. In response the beast opened his claws and a whip of black flame appeared. His dark minions skittered and surrounded beejon, cackling and hissing. The smells of brimstone and burnt flesh filled his nostrils.

The minions were like fiendish monkeys, shrieking and whooping as they closed in on him, spitting curses in a language too foul to utter. Beejon turned, keeping his eyes on their commander as he faced them. One lunged at him with blazing speed, but with the wide arc of his sword beejon cleft it in twain, the two halves writhing on the linoleum before melting into a bubbling tar. Another jumped upon his back, clinging to his skull as claws raked his scalp. A backward thrust through it's warped face caused it to scream with the sound of metal tearing. The next moment its head exploded like a rotted pumpkin.

Another raked a clawed hand across his cheek until he dispatched it by cleaving its skull in two as it burst in a cloud of umpteen flies, a maddening buzzing like a field of fetid corpses. One by one they attacked, and one by one they perished, the white hot flame of his weapons sending them back to whatever accursed plane they hailed from. Finally, only their leader and beejon remained in that place, eyes burning holes in each other. Then the beast spoke again.

"I AM KRAZZIRALL MOGGOTH! Servant of the infernal prince, lord of the innumerable damned! No mortal shall hear my name and live!" His whip cracked against beejon's face, a twisted scar forming as that dark fire seared his flesh. But he did not scream. He only grimaced and bellowed back. "I AM BEEJON! Servant of the one true redeemer! I am his sword that stands against the dark forces! Feel the wrath of the Lord's fury!"

The two rushed and a terrible sound of their battle filled the air, like the screams of a thousand dying suns. His blades flashed in arcs of silver heat as the beasts whip cracked and sizzled. Over and over they clashed until that evil lash found purchase and coiled around beejon's neck. The beast lifted him up off the ground, his legs dangling and twitching as the struggled for purchase where there was none. The demon smiled a hideous grin as it looked into beejon's eyes.

"Your master is weak, whelp. Gaze upon the face of power before you perish."

In a gasping breath, beejon spit and cursed. "When I die, I shall enter the house of my father. But you will only ever know the torment of the pits."
With his waning strength he raised his swords, crossed onto the thing's dark shoulders. With a snicker-snack he crossed them again and the grin faded from the beasts horrid lips. Its head tumbled down and its body twisted and writhed in great agony before imploding into a tiny ball of swirling shadow. As beejon fell to the floor, he heard a voice.

A voice that had no body attached to it, booming around him.


"Clean up in produce. Someone's had a bit of an accident."
Back to top
Reply
Replies (1)
OptionsTop
Replies (1)

to Everyone
Advertisement
Back to top
CocomoLSU

quote:
I've often wondered what quest I had to go on to find that sword. Its been many years since the OT learned of it's powers. Never have I found another one like it.


I always wanted him to go into more detail about it, but I don't think he has (at least not to my knowledge, but I'm not on here as much as I used to be).

I tried to search for one of those old threads the other day and couldn't find it anymore, not even via Google. So either Chicken has done a mass purge or something else happened. I was looking for that tigerinbamaland (or something like that) post about the portal that opened up in his dining room where the hooded figure was beckoning him and his floor was flooded, or something like that. And I literally couldn't find it after about ten straight minutes of searching. And I've found it several times before, so that's when I assumed something happened to that thread.

ETA: does anybody else remember the thread/story I am talking about or the poster's exact name? Fr33, you remember at all?
This post was edited on 2/23 at 9:42 am
Back to top
Reply
Replies (3)
OptionsTop
Replies (3)

quote:
Why have you wasted money renting for 4 years? 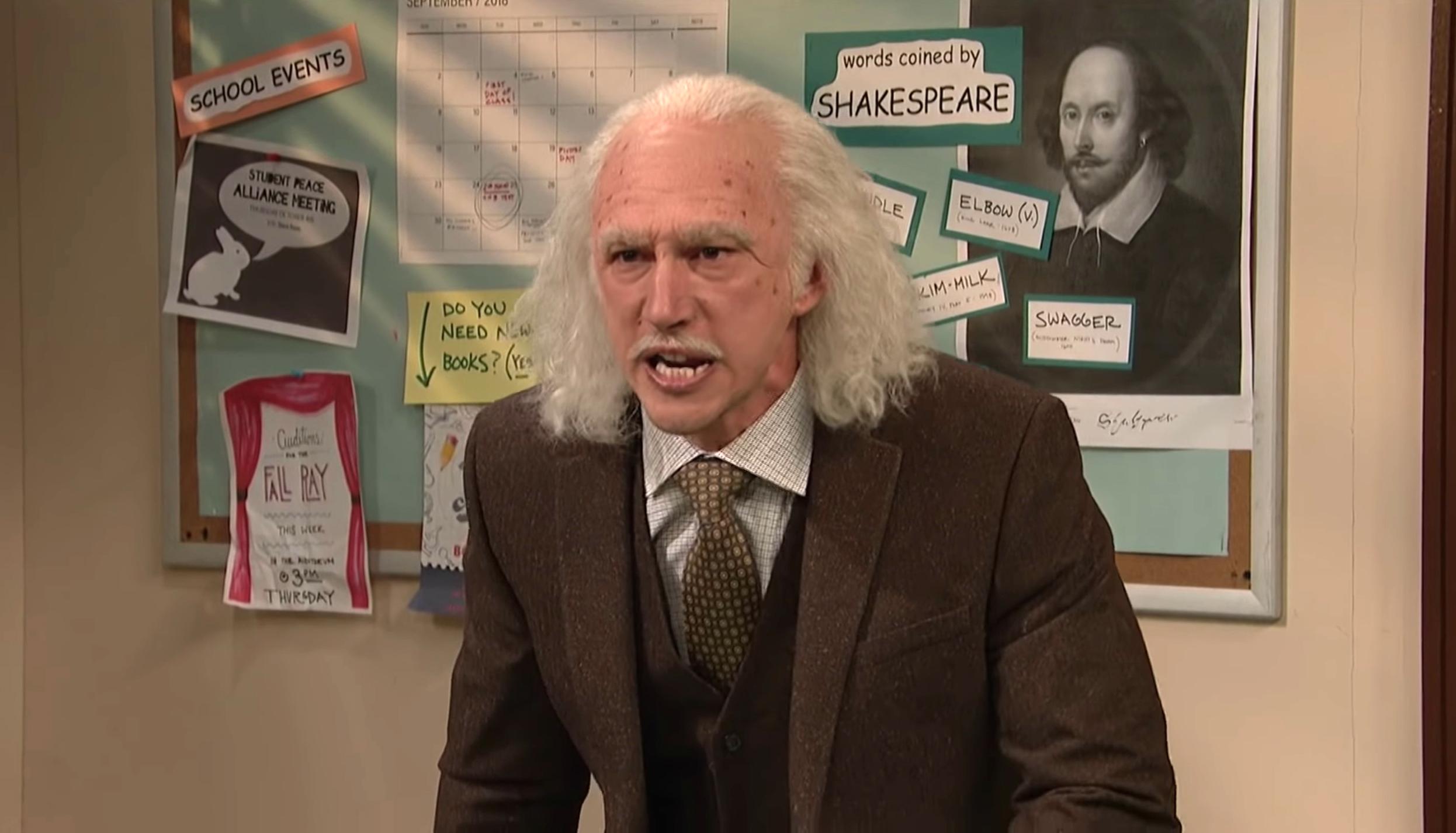 Even though I suspect you may be an alter, great name and avatar/sig.

quote:
Real talk: go get some sage. Open all the windows and walk around burning the sage. I do this once a year.


For what? Do you just like the smell of burnt sage? Because that's about all you're doing.
Back to top
Reply
Replies (1)
OptionsTop
Replies (1)

on 2/23/21 at 9:46 am to CocomoLSU
Okay, my general technique for searching is to not use the TD search function.

You Google Tigerdroppings, then (if you know the name of the poster, or another poster that was posting in the thread) put that.

Then an uncommon word used in the thread, or a combo of them.

on 2/23/21 at 9:47 am to CocomoLSU
I couldn't find it last time I checked either. I swear I thought I bookmarked it but it's not in my bookmarked stuff.
Back to top
Reply
Replies (0)
OptionsTop
Replies (0)

re: So since my divorce, I rent...Posted by Tiger at Law

quote:
: does anybody else remember the thread/story I am talking about or the poster's exact name? Fr33, you remember at all?

I membah. I think there was a booming voice as well. Pretty good story. Would read again
Back to top
Reply
Replies (0)
OptionsTop
Replies (0)

re: So since my divorce, I rent...Posted by Tiger at Law

on 2/23/21 at 9:48 am to fr33manator
Unfortunately we now have the transfer portal to muddy these search results
Back to top
Reply
Replies (1)
OptionsTop
Replies (1)

quote:
Why have you wasted money renting for 4 years?

House 4 sale as is. yes girlfriend was murdered by a burnt face ghost but the plus side is the wood floors have a Brazilian cherry glaze to them now.
Back to top
Reply
Replies (0)
OptionsTop
Replies (0)