on 1/13/21 at 6:31 pm to SUB
In regards to the teen fights, y’all are discounting the adrenaline, stamina, and endurance of late teens. Another factor is, most of these kids are tiny, outside of Kyler’s walrus buddy. These aren’t a bunch of DK Metcalfs throwing hands and feet, there are a bunch of Desean Jacksons having at it.

Not to mention you have Trollface MacCleavage and Thiccy Thiccy YumYum putting them dukes up.
Back to top
Reply
Replies (1)
OptionsTop
Replies (1)

on 1/14/21 at 11:49 pm to theunknownknight
Show needs more Johnny Lawrence being a badass and less high school pussies.
Back to top
Reply
Replies (0)
OptionsTop
Replies (0)

re: Cobra Kai Season 3 Spoiler ThreadPosted by JabarkusRussell on 1/15/21 at 2:46 am to CU_Tigers4life
Much like Stranger Things 3, it took a while for the show to find its footing in the first few episodes. The humor was so different in those episodes compared to the series as a whole. It stood out the way The Last Jedi did with the rest of the saga. The over the top hammy people like the outraged parents and the school counselor were such a contrast to the subtle humor involving Johnny in season’s past.

I was about to write the season off but it found it’s footing after Miguel woke up. The last three episodes were top notch. I just hate that just as Johnny makes head way, he sabotages. He should have just let his son beat him to a pulp to prove his love to him. His son also got very little airtime and was wasted.
Back to top
Reply
Replies (1)
OptionsTop
Replies (1)

quote:
His son also got very little airtime and was wasted.


Wait, what? His son is by far the worst character and actor in the series. You wanted him to have more screen time?
Back to top
Reply
Replies (0)
OptionsTop
Replies (0)

on 1/15/21 at 10:02 pm to theunknownknight
Just finished it. As others have said, it was slow at times. I loved the Johnny/Daniel cop buddies thing, but it felt dumb that they went right back to hating each other. They are at their best when they begrudgingly tolerate each other.. that’s when the banter gets to be hilarious.

Also I have to say, even though Hawk was a shithead for basically the entire season, he’s still by far my favorite kid character. The scene where he beat the shite out of the guy that used to bully him was fricking great. And the screeching hawk noise still cracks me up every fricking time. 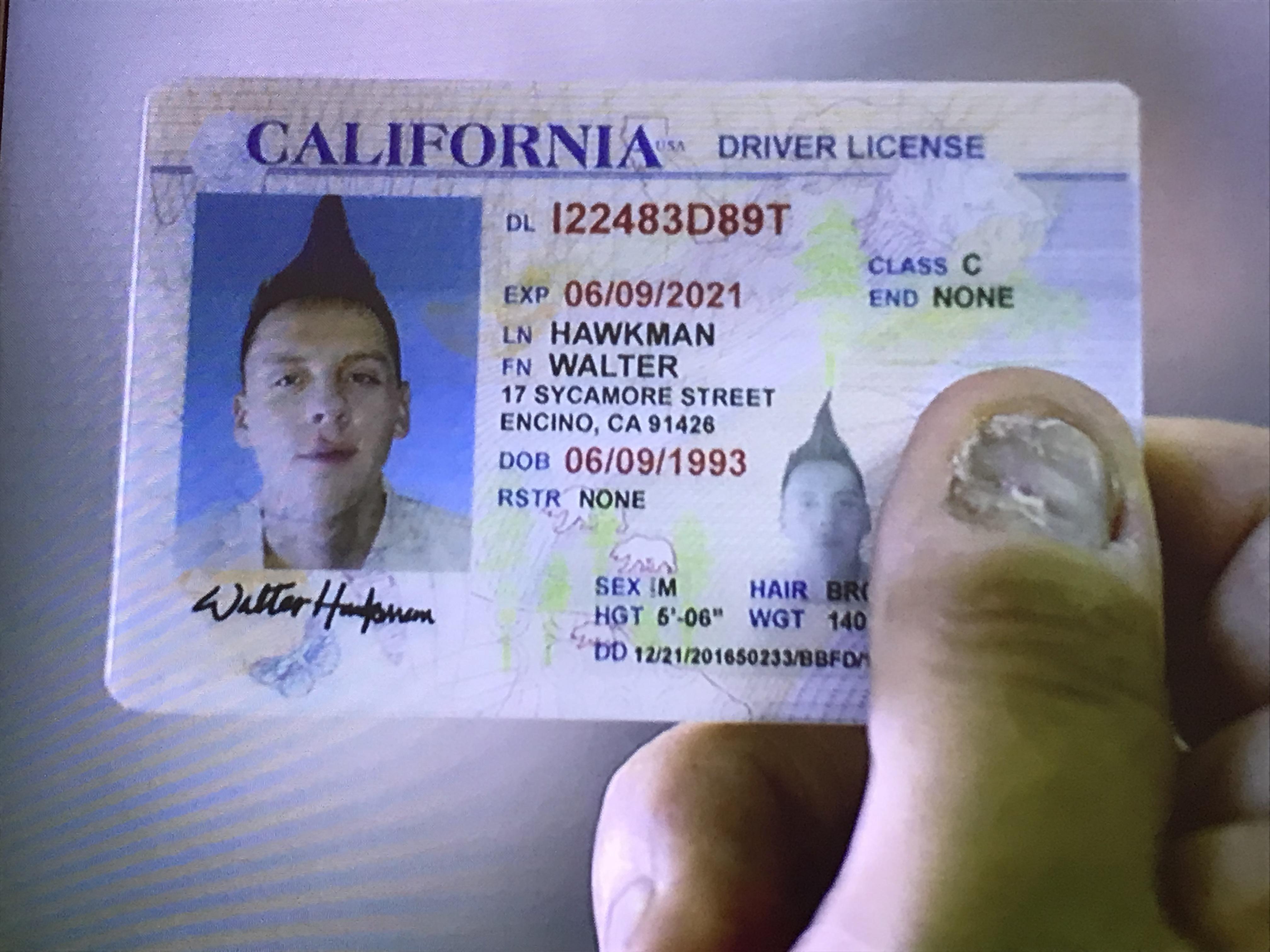 I was glad they didn’t make Kreese out to be some kind of ridiculous 2010’s Sly Stallone type badass grandpa.. Johnny basically kicked his arse which makes sense considering Kreese is in his 70’s and was living in a homeless shelter before he went back to Cobra Kai.
Back to top
Reply
Replies (2)
OptionsTop
Replies (2)

on 1/16/21 at 3:20 pm to lostinbr
Something just hit me about Kreese while rewatching Season 2 Episode 1 and realizing the dinner he meets Johnny at is the dinner he worked at before ‘Nam:

Kreese is likely a virgin.

Hear me out: back in those days, it’s unlikely that Kreese had really dated anyone prior to Dollface and they had only been briefly dating before he enlisted so I doubt she broke him off a little being that it was the mid-60s. Kreese never mentions being married or having relations with another woman and he likely founded Cobra Kai not long after he returned from Nam.

At the very least, if he’s not a virgin, it’s been a couple of decades or more since he’s played hide the sai with anyone
Back to top
Reply
Replies (2)
OptionsTop
Replies (2) 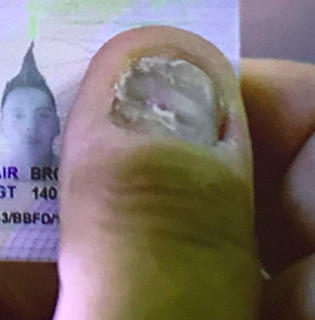 on 1/16/21 at 9:41 pm to NotoriousFSU
The show takes place in a Los Angeles suburb, these kids ain’t carnivores lol
Back to top
Reply
Replies (0)
OptionsTop
Replies (0)

quote:
Kreese is likely a virgin.

Terry: Give Mamona a squeeze for me.
Kreese: How do you know about Mamona?
Terry: Oh, I know! [laughs hysterically]
Back to top
Reply
Replies (1)
OptionsTop
Replies (1)

to Everyone
Advertisement
Back to top
TheeRealCarolina

Haven’t watched it in 20 years. Really wish it was on Netflix
Back to top
Reply
Replies (1)
OptionsTop
Replies (1)

quote:
Haven’t watched it in 20 years. Really wish it was on Netflix

I watched it on Prime (via IMDB with ads) over New Year for free after finishing season 3. I don’t know if that’s still an option, but I’d check it out.
This post was edited on 1/16 at 11:26 pm
Back to top
Reply
Replies (0)
OptionsTop
Replies (0)

Nice that they admit that Daniel can be an a-hole too.

wtf kind of jenny craig/weightwatchers/keto plan is Daniel's son on? Season 3 Anthony is half the size of Seasons 1-2 Anthony.

Like a lot of others have said. No way this stuff happens in today's world. Demetri's parents would have sued the frick out of everybody involved.

Miguel's mom would have sued the school and the school system and/or the city would have had to pay for Miguel's hospital bills. No need for car washes, pawn shops or step father begging.

Everyone involved in the home invasion would have been arrested.

But, it's a tv show so, I don't care about that stuff.

I loved the whole flashback walk down memory lane part. Seeing where the rest of the characters ended up was pretty cool.
Ali showing Johnny and Daniel that they were equally to blame for what went down in the 80s.

Guessing something will happen between Sam and Robby to turn the dads against each other again at some point.

I kinda like the hawk character nerd to bad arse good guy to bad arse bad guy and back to good guy.
Also, pretty cool how he changed the moon tattoo to a scythe.

Sam is prettier but, tory has a better rack

Both seem rather thick for girls who supposedly work out all the time. Sam actually has some pretty flabby legs.

Moon and Yasmine aren't involved in karate at all yet, they have tighter bodies. 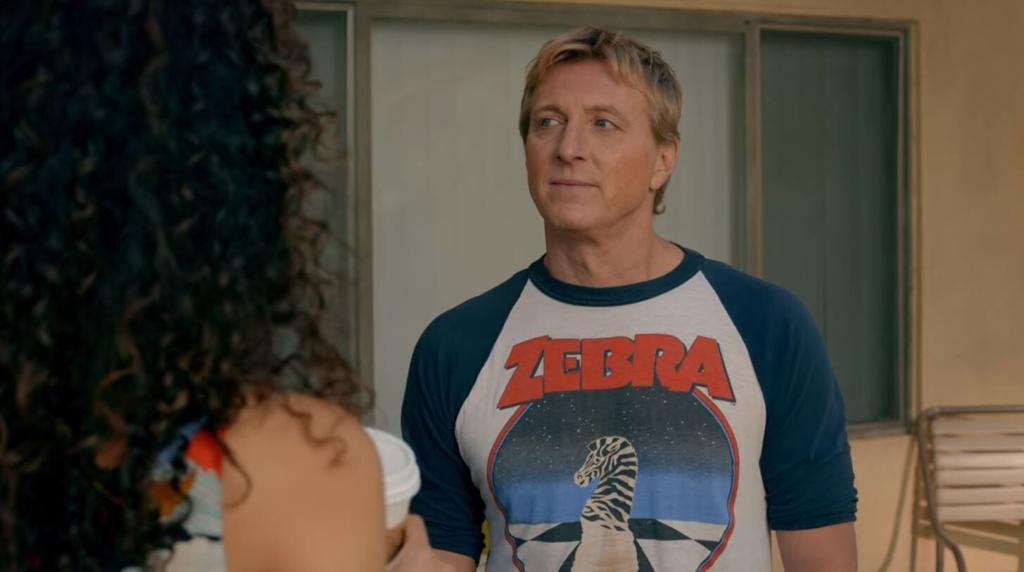 on 1/18/21 at 9:45 am to MorbidTheClown
pretty sure the son is a different actor for season three than it was in season two.
Back to top
Reply
Replies (1)
OptionsTop
Replies (1) 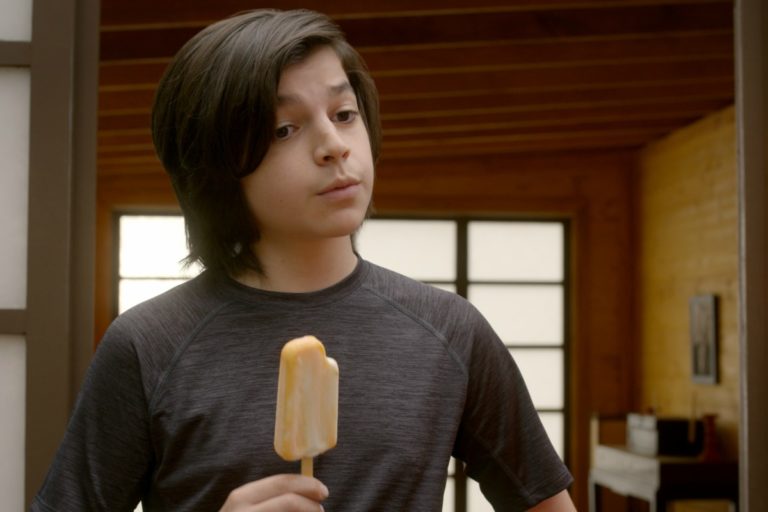 on 1/18/21 at 10:06 am to MorbidTheClown
Wow. Hahaa. Wife and I both thought it was a different actor. He aged like five years in a season.
Back to top
Reply
Replies (1)
OptionsTop
Replies (1)

re: Cobra Kai Season 3 Spoiler ThreadPosted by MidnightVibe on 1/18/21 at 3:03 pm to Tiger Voodoo

quote:
Typical of bitch arse Daniel to not tell Kumiko that maybe her and Chozen should give it try. They seem perfect for each other and both could be happy. But Daniel likes the idea of her still pining for him

Chozen can ask for himself, brah
Back to top
Reply
Replies (0)
OptionsTop
Replies (0)