This doesn’t sound good for us at all. If he is coming here, he sure as hell is doing everything he can to make it seem like he’s not
This post was edited on 9/10 at 1:44 pm
Back to top
Reply
Replies (25)
OptionsTop
Replies (25)
Share:

re: Maason Future cast to UGA, Foreman got one alsoPosted by The Tiger322

re: Maason Future cast to UGA, Foreman got one alsoPosted by Captain Crown

on 9/10/20 at 1:42 pm to Captain Crown
The article is the bigger blow tbh. If he doesn’t end up at UGA he trolled the shite out of them
Back to top
Reply
Replies (1)
OptionsTop
Replies (1)

re: Maason Future cast to UGA, Foreman got one alsoPosted by DRock88 on 9/10/20 at 1:43 pm to TexasTiger24
It's certainly not a good sign, but you just never really know.

It would be terrible to lose both of them to UGA but better than losing them both to Bama.
Back to top
Reply
Replies (1)
OptionsTop
Replies (1)

Yeah you do. We don't win these.
Back to top
Reply
Replies (2)
OptionsTop
Replies (2)

re: Maason Future cast to UGA, Foreman got one alsoPosted by smoke225

on 9/10/20 at 1:49 pm to cajuntiger1010
Doesn’t matter, we will get scared topics started daily about Smith. Some writer in Kalamazoo or Anchorage will CB him and the board will melt.
Back to top
Reply
Replies (2)
OptionsTop
Replies (2)

to Everyone
Advertisement
Back to top
TexasTiger24

on 9/10/20 at 1:49 pm to LSURep864
Which boards? Maybe I’m just overreacting but that article sounded like he wasn’t coming here
Back to top
Reply
Replies (1)
OptionsTop
Replies (1)

re: Maason Future cast to UGA, Foreman got one alsoPosted by Alt26

on 9/10/20 at 1:51 pm to TexasTiger24
LONG way to go in one of the strangest, if not the strangest, recruiting years in the recent history of the sport.

It wouldn't be shocking to see a kid from LA think about going OOS to experience something different, but if there was ever a recruit made for Orgeron, this is it. Big time DL prospect from the bayou country of LA. I don't care what some "insider" thinks. It's hard to bet against O on this one. O's position. O's part of the country. And a position group that desperately needs more players.
Back to top
Reply
Replies (1)
OptionsTop
Replies (1)

quote:
Shea just put in a confidence of 8/10 on Maason today

I've been a maason pessimist recently--basically ever since that UGA weekend with foreman, and getting even worse after his quotes in that article today--but a CB from Shea is huge. Realistically, he has more actual information on what's going on with Maason than anybody else speculating on twitter or message boards.


If that pick from Shea is really from today then LFG.

I will say that I have a feeling maason and korey are going to lay on the drama as thick as possible between now and signing day. Which only increases my confidence in Shea versus random quotes and speculation. This is gonna be a wild ride for sure.
Back to top
Reply
Replies (0)
OptionsTop
Replies (0) 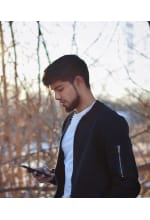 on 9/10/20 at 2:14 pm to Tigerboy55
Package deals never end up working out
If he ends up at UGA good luck
I'm not getting worked up on those that like to drag these things out and make a spectacle of it
If he doesn't choose LSU after the season they just had and looking at the potential depth chart than there's not much LSU can do
Back to top
Reply
Replies (1)
OptionsTop
Replies (1)

on 9/10/20 at 2:22 pm to TexasTiger24
That doesn't sound good at all.
Sounds like he is infatuated with everything Georgia.

Them having tray Scott as his position coach hurts us.
I really don't think bill Johnson can relate to these kids. That's why it was so good having meatball
Back to top
Reply
Replies (3)
OptionsTop
Replies (3)

Latest LSU News »
Kirk Herbstreit Defends Myles Brennan On Podcast, 'Cut Him Some Slack"
"He's running around for his life back there..."
Liam Shanahan Says Myles Brennan Criticism Is "Unfair," 'We Need To Make It Easier On Him'
JaCoby Stevens On Playing Close To The Line: "Whatever The Team Needs Me To Do, I'll Do"
LSU Starting LT Dare Rosenthal Is "Questionable" For The Vanderbilt Game, Ed Orgeron Says
LSU CB Jay Ward Played Saturday After Preseason Surgery On A Torn Meniscus
Sports Lite »
Are We Sure This 'Wheel Of Fortune' Contestant's Guess Was Wrong?
Hmmm...
Roger Goodell Sent This Email To Every NFL Team Today After Titans Players Test Positive
Golfer Paige Spiranac Reveals Her Most Consistent Go-To Shot
Lane Kiffin Has Funny Response To Anniversary Of One His Worst NFL Calls
Mark Cuban Picks Up Former NBA Star Delonte West Up At Gas Station To Get Him Help
Latest SEC Headlines »
Kickoff Time, TV Network Announced For Week 3 In The SEC
Saban vs. Kiffin.
Updated College Football Rankings - Week 5
Four SEC Teams Included In ESPN's New Year's Six Bowl Projections
Poll: Predict The Outcome For The SEC Game Of The Week - LSU vs. Mississippi State
Poll: Which Team Will Win The SEC Championship This Season
Popular
Derek Stingley Jr.'s Father Provides Update On His Son After Hospital Stay
The star CB missed Saturday's game vs. MSU.
By The Looks Of This Pic Kristin Cavallari Has Moved On From Her Jay Cutler Divorce
ESPN's Marcus Spears Says Cowboys Player Broke The ‘Code’ On Sunday
Watch: This LSU Fan Did Not Handle The MSU Loss Well
Ed Orgeron Provides Updates On Derek Stingley Jr., Glen Logan
Back to top