The structure, known as a roundel, dates to the Neolithic period and archaeologists believe it was constructed between 4900 B.C.E. and 4600 B.C.E. The roundel, and others like it in Europe, are considered to be the oldest massive structures in Europe.

This roundel was uncovered in Vinor, a district on the outskirts of Prague. Around 200 roundels have been discovered across Europe, with 35 of them found in the Czech Republic.

Researchers are still working to understand what the purpose or significance the roundels held for Stone Age peoples.

“One of such theory is that it could have been used as an economic centre, a centre of trade. It could also have been a centre of some religious cult, where rites of passage or rituals connected to the time of year were performed,” Miroslav Kraus, the head of the excavation team in Prague, told Radio Prague International. “Roundels were built during the Stone Age, when people had not yet discovered iron. The only tools they could use were made of stone and animal bones.” 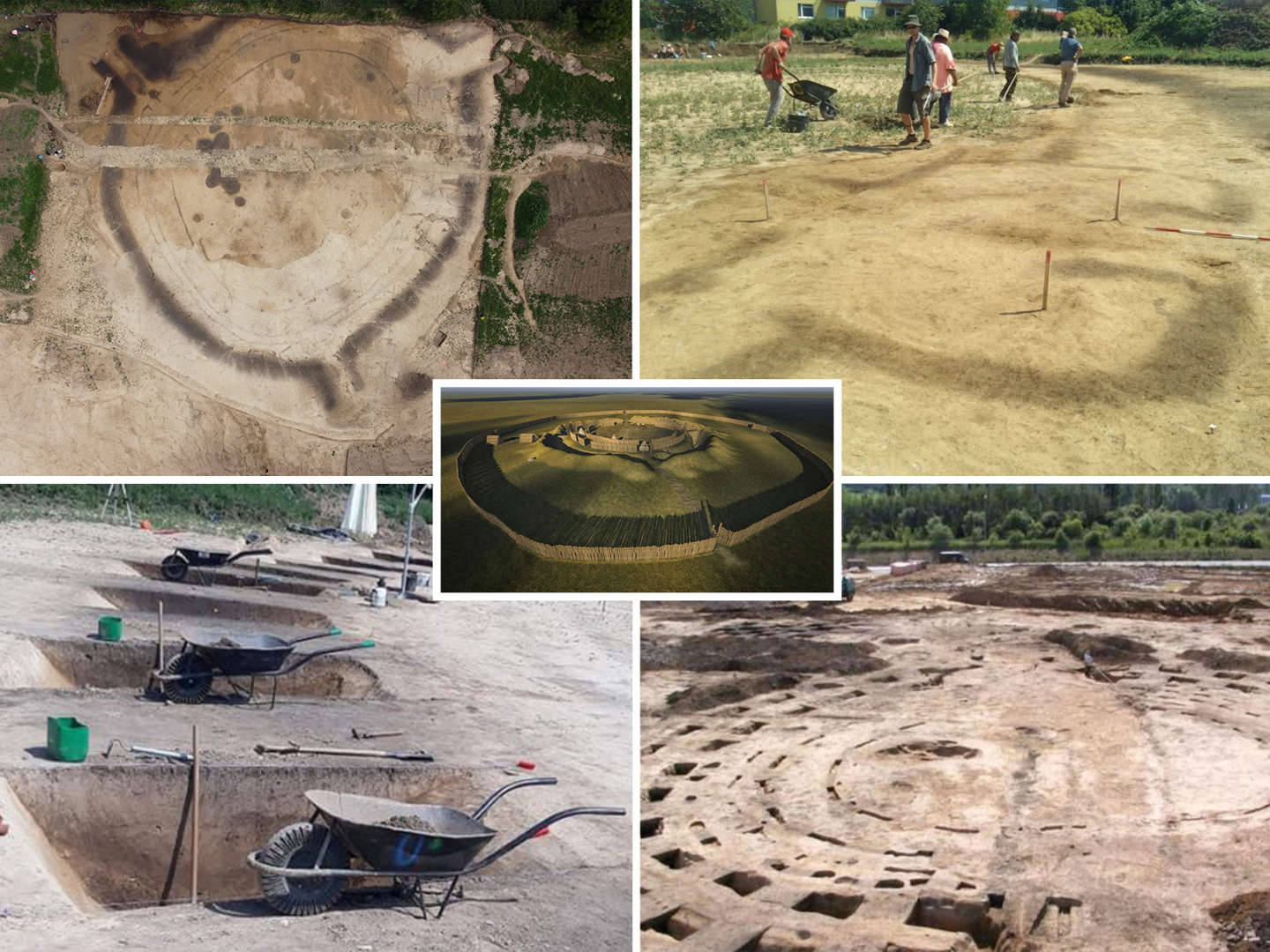 on 9/25/22 at 8:40 pm to L.A.
Looks like an exhibit celebrating breasts to me. I bet Neanderthal dudes liked big titties too.
Back to top
Reply
Replies (0)
OptionsTop
Replies (0)

to Everyone
Advertisement
Back to top
Jim Rockford

Earth didn’t even exist 7000 yrs ago.
Back to top
Reply
Replies (0)
OptionsTop
Replies (0)

Posted by THog on 9/25/22 at 8:58 pm to SquatchDawg
Gobekli tepe is 12,500 years old. Everytime if see the pillar with a vulture holding a ball, it looks like there are other embryonic vultures in stages of development. Is a cool site.
Back to top
Reply
Replies (0)
OptionsTop
Replies (0)

quote:
Older Than Stonehenge or Pyramids of Giza