0
This is a bunch of Ukranian, Russian, etc musicians who cover Chicago. Note for note, sound for sound.

Even if you're not a Chicago fan, you would still be impressed by their talent. And the chick singing backup . . .

Wishing You Were Here

on 2/16/21 at 10:56 am to TheCurmudgeon
yeah, they've been discussed here before. Started doing small tours in the US also and was supposed to come to Atlanta last year before COVID forced them to cancel. Thanks for the reminder that I need to go check and see if they have released any new videos since the last time I checked their youtube page.
Back to top
Reply
Replies (1)
OptionsTop
Replies (1)

on 2/16/21 at 11:06 am to VinegarStrokes
they final did "Introduction" and released it a couple of weeks ago. Easily my favorite Chicago song and it's not particularly close.

They do a great job, but it's funny because this is probably the first time that it actually sounds like a Russian dude trying to sing. In nearly every other video of theirs, you couldn't tell at all, but in this one it stands out.
Back to top
Reply
Replies (2)
OptionsTop
Replies (2)

re: Leonid and Friends - WOWPosted by rebelrouser on 2/16/21 at 5:03 pm to TheCurmudgeon
Holy shite is that chick hot.
Back to top
Reply
Replies (2)
OptionsTop
Replies (2)

re: Leonid and Friends - WOWPosted by carnuba

to Everyone
Advertisement
Back to top
Marco Esquandolas

I think so, and the pic above doesn't do her justice. She also has a degree in international finance, speaks and sings in 7 languages.
Back to top
Reply
Replies (1)
OptionsTop
Replies (1)

on 2/18/21 at 11:33 am to TheCurmudgeon
First heard these covers a year or so ago. Chicago is probably my favorite all time band and I would pay as much to see Leonid & Friends as I would to see Chicago. Any group that can reproduce Chicago’s music is amazing to me.
Back to top
Reply
Replies (0)
OptionsTop
Replies (0)

quote:
I think so, and the pic above doesn't do her justice. She also has a degree in international finance, speaks and sings in 7 languages.


I've met her and had pleasant conversations with her. She is a very gracious and intelligent woman. Some would find her too petite, as in real life she is only about 5'2", but it is all proportionate. For me she is close to perfect. If I were only younger...

Her image has also been in Vogue and other magazines. Actually she can sing in at least 8 languages, as she learned one dialect just to sing at an event in that place. Below is another photo of her. I have a print of this one on which she wrote me a nice little note, in English.

For the scheduled concert in Atlanta last summer I had tickets A1 and A2, Row 1 (center stage). Leonid's son promised me I can get the same seats whenever they come back. I posted their Christmas live stream on here about 6 weeks ago, from which you can hear that they are as good live as on their studio videos. 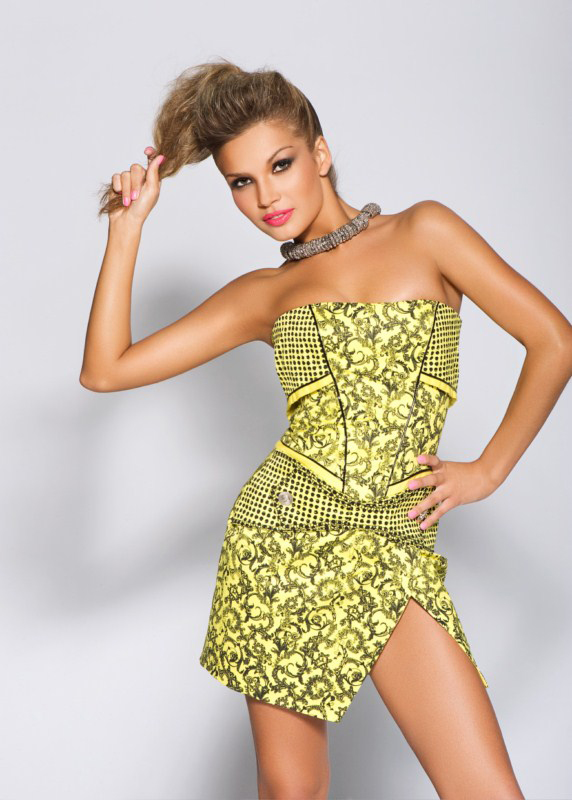 Leonid actually conducted a search to find someone to sing Cetera's parts and found him in Ukraine. He did several songs with them remotely from his studio before ever meeting them in real life.
Back to top
Reply
Replies (1)
OptionsTop
Replies (1)

re: Leonid and Friends - WOWPosted by PhantomMenace on 2/18/21 at 6:26 pm to VinegarStrokes
Vasily does not speak English. He has learned all his parts phonetically.
Back to top
Reply
Replies (1)
OptionsTop
Replies (1)

I spent a little time today perusing google images of her and ... my goodness. There is one rear view shot of her wearing a peach colored bikini and she has the perfect combo of hour glass waist and heart shaped arse of any woman on earth.
Back to top
Reply
Replies (1)
OptionsTop
Replies (1)

re: Leonid and Friends - WOWPosted by PhantomMenace on 2/18/21 at 7:42 pm to Dirk Dawgler
I have photographed her. I was trying to set up a shoot around their concert in Atlanta but their tour had them in Tampa I think the next night and the flight schedule would not accommodate it. There are plenty of attractive people in the world. What is fascinating about her is that is not the only thing she has going for her, and how far she has come from a small place in Siberia. She also seems such a genuinely a good person. She has performed quite a bit as a solo artist in addition to her role with Leonid. I have a couple CDs of her pop stuff in English, Russian, Chinese, Italian, and Armenian. Was once compared as the Ariana Grande of Russia but has a better voice.

The same could actually be said of Leonid. Amazing story of pursuing his dream and then unexpectedly realizing acclaim for a YouTube video as he was retiring. At one time my signature pic here was a shot of her reclining on a lounge chair in a bikini...
Back to top
Reply
Replies (2)
OptionsTop
Replies (2)

quote:
At one time my signature pic here was a shot of her reclining on a lounge chair in a bikini...

quote:
Vasily does not speak English. He has learned all his parts phonetically.

Oh yeah, I can imagine that to be the case. My point was that they all do such a great job, including him, that this was the first time I could tell from a song that English wasn't natural to him.
Back to top
Reply
Replies (0)
OptionsTop
Replies (0)