quote:
Quite possibly nonsense - but I legit can’t understand why Rudy would have been in a photo with this guy if he didn’t have the goods

Tune in to his podcast to find out! Day 3 will shock you!
Back to top
Reply
Replies (0)
OptionsTop
Replies (0)

on 10/17/20 at 5:11 pm to Wednesday
I am conservative Republican first and foremost and will vote Trump but so tired of this bull shite propaganda. No doubt the Bidens are dirty, very few political families are not but this crap is over the top and just makes the good guys look desperate.
Back to top
Reply
Replies (3)
OptionsTop
Replies (3)

This is some Q level nonsense.
It’s sad to watch what has happened to the Republican Party 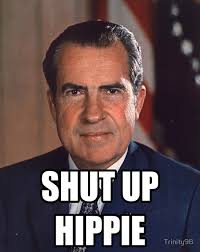 But nobody from the Biden camp has denied the accuracy of the photos, or the emails - or that Hunter dropped off the laptop at the computer guy’s store.

The computer guy reached out to other people to get the info to the authorities. Not the newspaper- but to law enforcement. I don’t believe the Chinese Alex Jones (Lude) - so much as I believe the computer guy.

I don’t know if Hunter thought he was hacked or was in some kind of drug induced paranoia, or was just looking for a way out - but I do think he gave it to that computer guy for some reason.
Back to top
Reply
Replies (2)
OptionsTop
Replies (2)

quote:
Then, here the message (from the CCP) is "Don't ever think I don't have your secrets in possssion." To give you this hard drive is to let you know - don't forget, we have the evidence of your crimes. You have to win this election. First of all, you must win this election. You must do whatever it takes to win the election. Otherwise, you will be in trouble. Secondly, once you win, you still have to follow the CCP's order.

Why would you give the person you are blackmailing a drive of all the "dirt" on you? I mean some photos(like Mitch in The Firm) and emails sure to prove you have dirt but a harddrive of it all??? Maybe something was lost in translation.

Just seems you lose some control sending out hard drives.

quote:
But nobody from the Biden camp has denied the accuracy of the photos, or the emails - or that Hunter dropped off the laptop at the computer guy’s store.

That's Hunter's hard drive. I don't think even our hippie friend would deny that.

Time will tell if there's anything to the Chinese hard drives.
Back to top
Reply
Replies (1)
OptionsTop
Replies (1)

quote:
Why would you give the person you are blackmailing a drive of all the "dirt" on you?

What makes you think it’s all the dirt they have on him?

Also-if there really were financial transactions of this size involved and Hunter was the front or the laundry for Joe, there has to be some record of it. The math alone. Account numbers, etc.
Back to top
Reply
Replies (0)
OptionsTop
Replies (0)

on 10/17/20 at 5:49 pm to Wednesday
There is zero doubt the full democratic party and some GOPe & about all of our media are under the CCP control.

The juicy details are intriguing...

But deals with the CCP being handed over to a computer tech guy to fix? No one could get that high to be that stupid. Or is the actual CCP contracts with Biden evidence not on Hunters laptops but the ones others have? Is the computer repair guy an excuse to dump the evidence? Or two separate things?

The CCP says they took footage AND it is on Hunters laptops because Hunter filmed it? No doubt they can spy on anyone at anytime.

The CCP has way more than the Biden's on the take. They have about all of DC. And as seen in the documents Pompeo put out as a warning---- even are in good tidings with the Gov. of Fla. We know Turtle does their bidding via his honeypot wife.

So while it is intriguing to read the details. I doubt all of DC (there are very little in DC not under the CCP's spell even through others donating to superpacs in lieu of the CCP) gets taken down. And this is the only way to defeat China is full exposure. The strings ALL need cut. Can that be done quietly?
This post was edited on 10/17 at 5:54 pm
Back to top
Reply
Replies (0)
OptionsTop
Replies (0)

quote:
That's Hunter's hard drive. I don't think even our hippie friend would deny that.

Time will tell if there's anything to the Chinese hard drives.

So Hunter's hard drives show a lot but China also has him on video? How? Epsteins island? The Chinese are good but how did they video Hunter? Or did they just hack and steal what was already in Hunter's hard drive and it made his laptops frick up so he took them in for repair?

In all of this what exactly was wrong with Hunter's laptops?
This post was edited on 10/17 at 6:02 pm
Back to top
Reply
Replies (2)
OptionsTop
Replies (2)

And the shite on those laptops has NOT been denied by the Bidens.

It’s been denied by the media.
Back to top
Reply
Replies (1)
OptionsTop
Replies (1)

to Everyone
Advertisement
Back to top
cajunangelle

on 10/17/20 at 6:03 pm to Walkthedawg
Muh Russians--Rudy was warned the Russians were using him muh Russians. This is what Wray will say or else he is busted obstructing.
Back to top
Reply
Replies (0)
OptionsTop
Replies (0)

quote:
how did they video Hunter?

CA - he’s engaged in various sex acts and getting drugs from somewhere. That Senate report indicates involvement with sex trafficking. IOW he wasn’t acting alone. And the parties he was acting with, were not exactly good faith actors.

Perhaps he was emailed the videos? Or they were installed on his computer remotely by some kind of malware.

Perhaps he was high and dropped his laptop in the water and he realized he needed it so he brought it to the computer store - not even knowing the pervo videos were on there?

If this is true, BIG IF, this enough to turn Beijing and Shanghai into glass parking lots. This would be nothing short of a Manchurian Candidate scenario, and Obama and Clinton would be complicit.

And Biden should be hanged for treason. Probably Obama and Clinton too.
Back to top
Reply
Replies (0)
OptionsTop
Replies (0)

re: Chinese Laundry - Master Thread - Sex Drugs and PoliticsPosted by oleusakid on 10/17/20 at 6:11 pm to Lima Whiskey

quote:
This is creative fiction.

Only one hard drive was recovered.

The receipt itself showed 3 macbooks.

The best thing about this entire thing is the CCP has nothing on POTUS. He kept his hands clean and it's paying off.

What the devil uses for evil, God will use for good.

i was not aware, really wow
Back to top
Reply
Replies (1)
OptionsTop
Replies (1)

on 10/17/20 at 6:17 pm to BuzzSaw 12
Somethingis going on, but I dont think the totality of what it is is clear yet. Clearly they have Hunter's computer and that's very damaging to the Dems.

The Chinese dude said that there were 3 hard drives. I read somewhere that 3 laptops had been dropped off for repair but done know if that is a fact.

China dude said the CCP gave Pelosi a copy and told her the dem MUST win the election and be subservient.

Then a Chinese whistle blower got the info and gave it to Trump. I guess we will find out about that, but Trump seems supremely confident of late.
This post was edited on 10/17 at 6:19 pm
Back to top
Reply
Replies (1)
OptionsTop
Replies (1)

on 10/17/20 at 6:20 pm to Wednesday
I truly thought the senate report was just a vanilla last minute let's look like we did something because Barr isn't moving the needle re SpyGate...

quote:
The Chinese dude said that there were 3 hard drives. I read somewhere that 3 laptops had been dropped off for repair but done know if that is a fact. 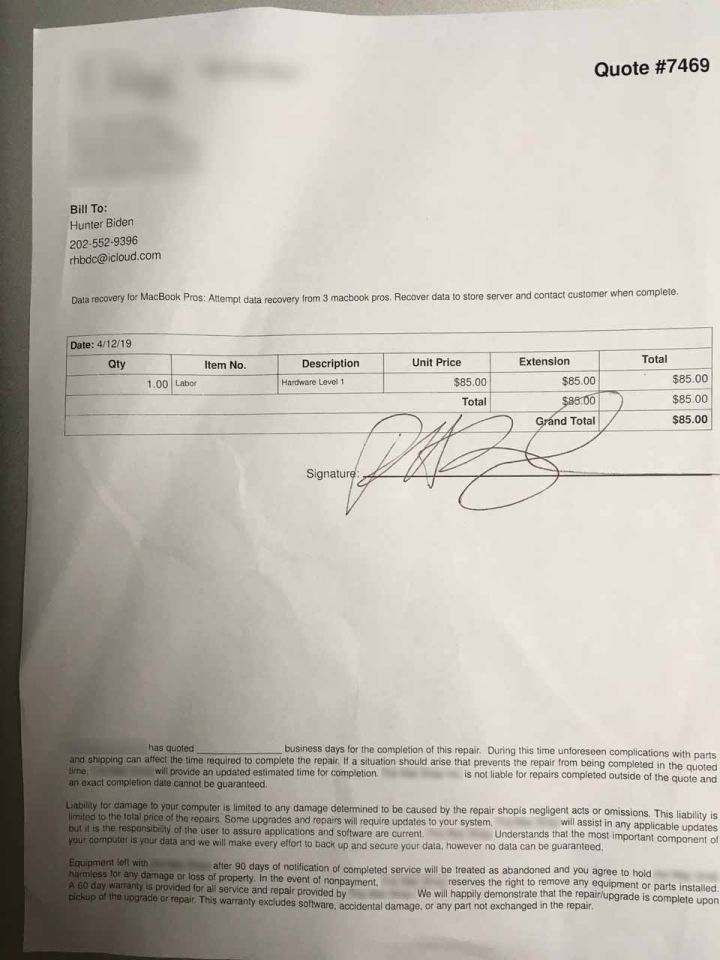 quote:
Hunter Biden paid nonresident women who were nationals of Russia or other Eastern
European countries and who appear to be linked to an “Eastern European prostitution or
human trafficking ring.”

CA for sake of completeness - Yes. Someone else besides this Chinese guy found this info. Like - Senator Ron Johnson (R-WI).

Updated OP with Senate Report. It also IDs the names of the same dude mentioned in video.
Back to top
Reply
Replies (0)
OptionsTop
Replies (0)