re: Endless Sleep - The Obituary ThreadPosted by Kafka

re: Endless Sleep - The Obituary ThreadPosted by TFTC

re: Endless Sleep - The Obituary ThreadPosted by Telecaster

quote:
Legendary soul and R&B singer Betty Wright, known for classics such as "Tonight Is the Night," “No Pain, (No Gain)" and "Clean Up Woman," has died. She was 66.

Wright died from cancer at her home in Miami, Billboard has confirmed.

In early May, Chaka Khan wrote on Twitter that Wright was "now in need of all your prays."

Born Bessie Regina Norris in 1953, Wright started her music career singing with Echoes of Joy, her family's gospel group in Miami. In 1968, at age 15, she released her debut album, My First Time Around, giving her a top 40 song on the Billboard Hot 100 with "Girls Can't Do What the Guys Do."

Born in Altus, Oklahoma in 1945, Martin gained recognition in the 1970s as a pop artist and composer. Originally a rockabilly artist, he wrote the songs "Bad Case of Loving You (Doctor, Doctor)", made famous by the English singer Robert Palmer, and "Cadillac Walk", made famous by the American singer Willy DeVille.

He was given the nickname "Moon" because many of his songs had the word "moon" in the lyrics.

"Bad Case of Loving You"

quote:
Songwriter Mark Barkan, who wrote or co-wrote songs recorded by Lesley Gore, Manfred Mann, Elvis Presley, Rod Stewart, Connie Francis, Dusty Springfield and many more famous artists over the course of his long career, died Friday at his home in New York City. He was 85.

Among Barkan's most famous compositions was "Pretty Flamingo," a #1 U.K. hit for Manfred Mann in 1966 that was covered by dozens of other artists, including Stewart, The Everly Brothers, Bruce Springsteen and Elvis Costello. Mark also co-wrote "The Tra La La Song," the theme to the popular late-1960s children's show The Banana Splits Adventure Hour, as well as many songs for The Archies.

Other hits that Barkan had a hand in writing include Gore's "She's a Fool" and "That's the Way Boys Are," Francis' "I'm Gonna Be Warm This Winter" and BT Express' "Peace Pipe."

Barkan also produced and wrote songs for Psychedelic Moods, a 1966 album by The Deep that is considered one of the earliest psychedelic records.

In addition, he wrote and co-produced songs for the 1970 U.K. sci-fi film Toomorrow, which featured Olivia Newton-John.

“Her gift to the Beatles was immeasurable,” Lewisohn added, confirming that Kirchherr died in Hamburg this Wednesday (May 13), a few days before her 82nd birthday. No cause of death has yet been revealed.

quote:
Kirchherr was renowned for taking the first ever photograph of The Beatles in her hometown of Hamburg, when they were an unknown five-piece.

Then-member Pete Best wished the photographer a happy 82nd birthday on Twitter yesterday (May 14), calling her a “life long friend” who “took my favourite photo ever of a Rock n Roll band”.

quote:
Enjoying a lengthy collaborative relationship with The Beatles, Kirchherr is also known as the person who first suggested that the band cut their hair into what would become iconic mop tops. She was also engaged to one-time Beatles guitarist Stuart Sutcliffe before his death in 1962.


John w/Stu hovering in the background


Remembering Astrid Kirchherr, the Woman Who First Photographed the Beatles—and Gave Them Their Moptops

quote:
Phil May, frontman of riotous band the Pretty Things who were acclaimed peers of David Bowie and the Rolling Stones, has died aged 75.

He died in hospital in King’s Lynn, Norfolk, from complications following hip surgery after a cycling accident, that are not related to coronavirus.

Born in Dartford, Kent, May formed the Pretty Things in 1963 with guitarist Dick Taylor, who had recently left the nascent Rolling Stones. The band’s lineup coalesced with John Stax, Brian Pendleton and Viv Andrews, with May as frontman.

The group became a key part of the London blues-rock scene who were in thrall to US blues players but were also bringing in new elements of pop and psychedelia. They had an early Top 10 hit in Don’t Bring Me Down and other moderately successful songs like Honey I Need and Cry to Me, and became known for their drug-taking and raucous on-stage behaviour.

quote:
The band earned their most enduring fame for their 1968 album SF Sorrow. It is regarded as the first rock opera album, a tale of the life of the fictional Sebastian F Sorrow, ahead of similar experiments like the Who’s album Tommy. The record was released by Motown offshoot Rare Earth, making them Motown’s first ever UK signing, though it was a flop on release and only later became a cult favourite.

They were revered by artists as diverse as Jimi Hendrix, Aerosmith, the Ramones and Kasabian, and while there were spells of inactivity, the band never split up, enjoying a 55-year career. They played their final concert in 2018, with guest appearances by David Gilmour and Van Morrison.

Pretty Things - "Walking Through My Dreams"

It's amazing how iconic all of Astrid's Hamburg Beatle photos became.

Astrid on seeing and meeting The Beatles. LINK
Back to top
Reply
Replies (0)
OptionsTop
Replies (0)

quote:
Wilbur James (Jimmy) Cobb (January 20, 1929 – May 24, 2020) was an American jazz drummer.[1] He was part of Miles Davis's First Great Sextet. At the time of his death, he had been the band's last surviving member for nearly thirty years. He was awarded an NEA Jazz Masters Fellowship in 2009.


quote:
Cobb joined Miles Davis in 1958 as part of the latter's First Great Sextet, after Adderley recommended him to Davis. Cobb's best known recorded work is on Davis' Kind of Blue (1959). Cobb was the last surviving player from the sessions, a distinction he held for just under the last three decades of his life. He also played on other Davis albums, including Sketches of Spain (1960), Someday My Prince Will Come (1961), Miles Davis at Carnegie Hall (1962), In Person Friday and Saturday Nights at the Blackhawk, Complete, and briefly on Porgy and Bess (1959) and Sorcerer. His subtle and understated demeanor drew the admiration of many including Davis. However, this also meant that he did not get the same level of recognition that his fellow drummers would. Cobb had the propensity to eschew publicity and did not record his first set as bandleader until 1983 with the release of So Nobody Else Can Hear.

All Blues from "Kind of Blue" song

re: Endless Sleep - The Obituary ThreadPosted by Hook Echo

Sweet - Fox On The Run

quote:
Guitarist Jimmy Capps, a member of the Musicians Hall of Fame who played on such timeless country songs as Kenny Rogers’ “The Gambler,” George Jones’ “He Stopped Loving Her Today,” and George Strait’s “Amarillo by Morning,” has died at 81. Capps was also a member of the Grand Ole Opry, playing lead guitar in the house band.

Along with his onstage work, Capps was an in-demand session musician, known for his smooth playing style of both acoustic and electric guitar, on recordings like Tammy Wynette’s “Stand by Your Man,” Barbara Mandrell’s “I Was Country When Country Wasn’t Cool,” and Strait’s “Unwound.”

Vince Gill, Jimmy Capps & Marty Stuart, at the celebration of Jimmy’s 60th year with the Grand Ol Opry in 2018

quote:
Bonnie Pointer, who rose to fame as a member of the Pointer Sisters, has died at age 69. A representative said the cause of death was cardiac arrest.

“It is with great sadness that I have to announce to the fans of the Pointer Sisters that my sister Bonnie died this morning,” said Anita Pointer of her sister, Patricia, aka Bonnie. “Our family is devastated. On behalf of my siblings and I and the entire Pointer family, we ask for your prayers at this time.”

Bonnie was one of the founding members of the group and left in the mid-1970s to pursue a solo career.

“Bonnie was my best friend and we talked every day,” Anita said in a statement. “We never had a fight in our life. I already miss her and I will see her again one day.”

Composer of the theme to "The Good, The Bad and The Ugly", Ennio Morricone, dead at 91.

Hollywood composer Ennio Morricone who wrote the music for The Good, The Bad And The Ugly dies aged 91

Ennio Morricone, whose scores for movies such as 'The Good, the Bad and the Ugly', 'The Mission' and 'Cinema Paradiso' made him one of the world's most famous and prolific screen composers, has died aged 91.

Morricone, who won two Oscars and dozens of others awards including Golden Globes, Grammys and BAFTAs, broke his femur some days ago and died during the night in a clinic in Rome.

A statement issued by lawyer and family friend Giorgio Assuma said Morricone 'passed away in the early hours of July 6 with the comfort of his faith'.

He remained 'fully lucid and with great dignity right until the end,' the statement said.

His last Oscar was in 2016 for best original score for Quentin Tarantino's 'The Hateful Eight'.

He first declined the job, but then relented, demanding that Tarantino allow him a 'total break with the style of Western films I wrote 50 years ago'.

quote:
Judy Dyble, a singer and songwriter who was in the first recorded lineup of the British folk-rock institution Fairport Convention before going on to an extensive, though interrupted, recording career, died on Sunday in Oxfordshire, England. She was 71.

Ms. Dyble sang on its 1968 debut album, “Fairport Convention,” but had been “unceremoniously dumped” from the band before it was released, she wrote on her website. She went on to work within and beyond folky contexts, dipping into progressive rock and electronic music, while joining anniversary reunions of Fairport Convention and its many ex-members through the decades. 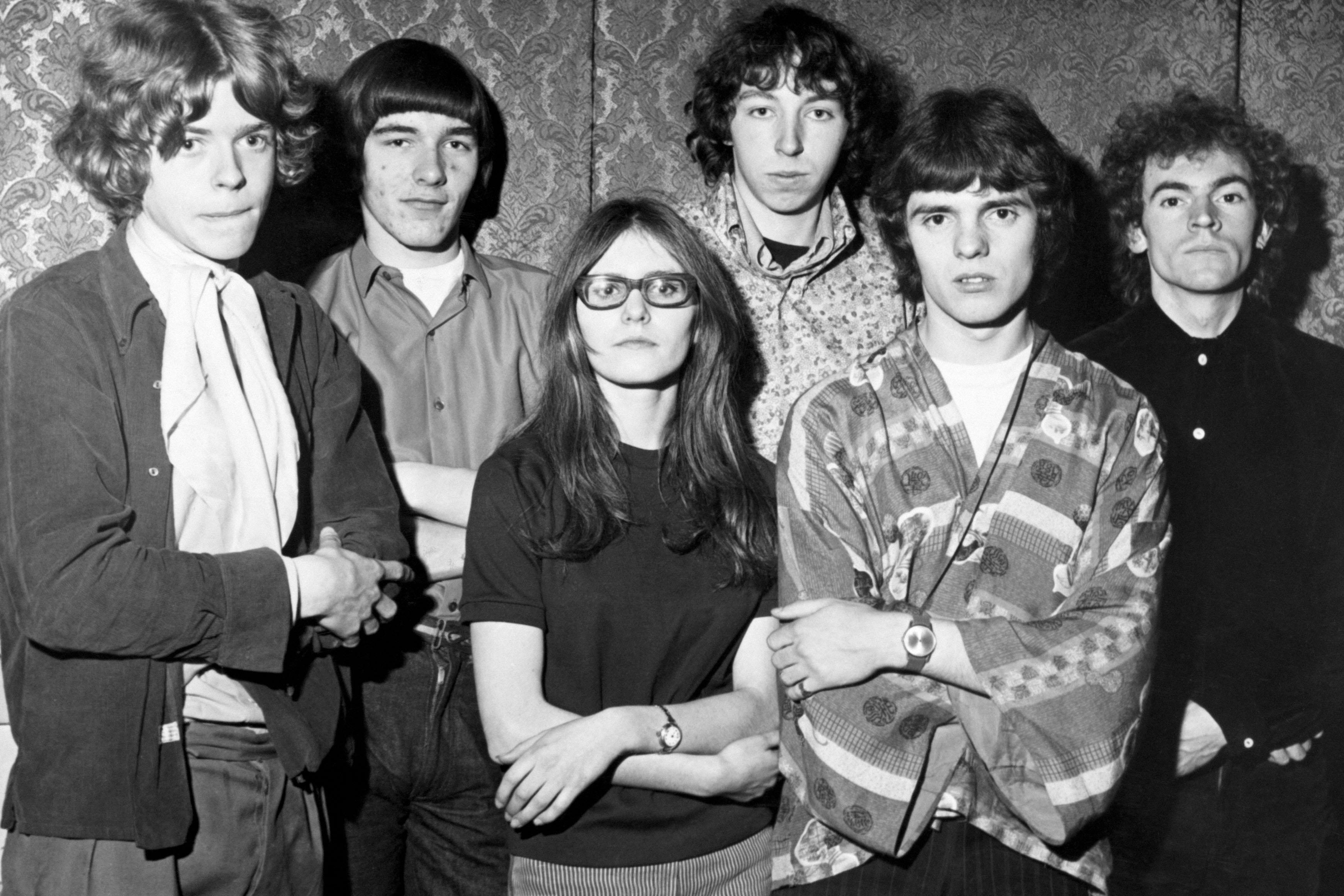 Born in Opelousas, Louisiana, Bernard played guitar, sang and yodeled at a young age before joining the Blue Room Gang at just ten-years-old. With the Cajun/country-western group, he performed at the Grande Ole Opry and eventually recorded his first song, a cover of Hank Williams Sr.’s “Jambalaya.”

As a teen, he founded Rod Bernard and the Twisters with whom he released “This Should Go On Forever” on the Ville Platte label, Jin. That record would go on to be licensed to Chicago’s Chess label and with it Bernard scored a national hit and an appearance on Dick Clark’s seminal program, “American Bandstand.” Throughout his burgeoning career, Bernard toured with B.B. King, Chuck Berry, Frankie Avalon, Jerry Lee Lewis and more.

Swamp-pop “classics” released by Bernard include “Congratulations To You Darling,” “Forgive,” “Loneliness,” “Fais Do-Do,” and a bilingual take on “Colinda.” With Clifton Chenier, Bernard released 1976’s Boogie In Black & White, a historic collaboration between a Black and white musician.

For many years, Bernard also worked in radio and television, the latter of which dominated his career for nearly three decades. An advertising executive and on-air talent for Lafayette’s KLFY-TV 10, he also appeared in commercials and frequently served as the guest host for KLFY’s Passe Partout and Meet Your Neighbor programs before retiring in 2018.

"This Should Go On Forever" 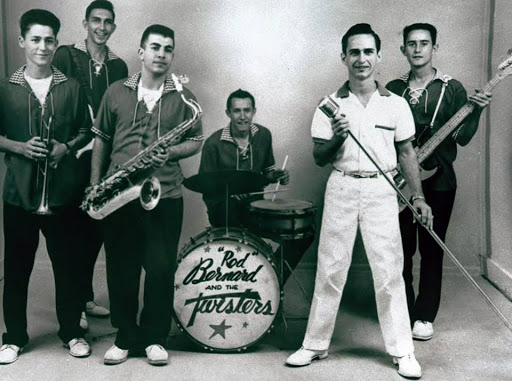