quote:
If anyone came away after watching Manhattan

re: Allen v Farrow - doc on HBOPosted by Tiger Voodoo

quote:
Midnight in Paris is in my top 10 favorites all-time.

I have never seen a Woody Allen movie...I might have to check this out...as well as Manhattan.

I’m not a huge fan of his work, but Crimes and Misdemeanors is the one I’ve always found most worthy of the praise he gets imo.

It’s a complex morality tale, and Landau is outstanding. For those that find consistent personal truths hidden in his storytelling, I’ve always found the Judah storyline to be particularly haunting in its implications as to the possible depths of his depravity.


Midnight in Paris is definitely fun though, and yes it benefits from Wilson playing the Allen role, so can be easier to watch for many.
This post was edited on 2/22 at 1:04 pm
Back to top
Reply
Replies (0)
OptionsTop
Replies (0)

re: Allen v Farrow - doc on HBOPosted by Jack Ruby

quote:
Midnight in Paris is in my top 10 favorites all-time.

Allen is a creep, but Midnight in Paris is simply a phenomenal movie.
Back to top
Reply
Replies (1)
OptionsTop
Replies (1)

re: Allen v Farrow - doc on HBOPosted by brewhan davey

quote:
I know Ronan is supposed to Woody Allen's son, but it is rumored that Mia continued to have a life long affair with her ex Frank Sinatra until his death.

Honestly - Who does Ronan resemble

re: Allen v Farrow - doc on HBOPosted by mizzoubuckeyeiowa on 2/22/21 at 1:37 pm to tigerpimpbot
His most famous films, the characters are insufferable.

Who is this Little Lord Fauntleroy as an adult?

But Match Point is a really good movie. It's not NY narcissism.
Back to top
Reply
Replies (0)
OptionsTop
Replies (0)

on 2/22/21 at 3:09 pm to tigerpimpbot
Well, Woody is one weird dude, even if the molestation allegations are untrue. Who the hell has an affair and marries the adopted daughter of your long time lover?

However, Mia is no saint. She’s as fricked up as he is. All those adopted kids with disabilities, and so few of them had anything like a normal childhood. Two committed suicide and another died in strange circumstances.

Here’s an article from the Guardian that sheds a little different light on the subject.

Moses Farrow, another of the adopted kids, disputes the molestation charges made by his sister, Dylan.

quote:
Moses had always avoided the limelight, but in 2018 he felt he could do so no more. He published an excoriating blog arguing for his father’s innocence and describing Dylan’s allegation as “ridiculous”: “There was no electric train set in that attic. There was, in fact, no way for kids to play up there, even if we had wanted to,” he wrote. “As a trained professional, I know that child molestation is a compulsive sickness … yet some would have you believe that, at the age of 56, [Allen] suddenly decided to become a child molester.” He wrote that two of his siblings, Tam and Thaddeus, had killed themselves (the family said Tam died of heart failure), and that Lark had died in poverty of an Aids-related illness.

There was abuse in his family, he wrote, but it did not come from his father. His mother, he wrote, was physically abusive to the children, and she “brainwashed” them, punishing them until they said what she told them to, even if they knew it was a lie. “I had a disability and emotional sensitivities, and that lent itself to being a target,” he tells me.

Dylan replied to Moses’ blog saying, “My brother is a troubled person,” and Ronan dismissed it as part of the “repeated campaign to discredit my sister, often by attacking my mother”. Soon-Yi then gave an interview backing up her brother’s claims about Mia being abusive. In the early 90s, the media wrote gushing articles about Mia’s large and happy blended family, but for the past three decades battle lines have been angrily scorched across it, the children now fighting as viciously as their parents once did.

The article also explains how Mia Farrow as a young woman working as a nanny began having an affair with the married man she worked for, Piven. Piven left his wife to be with Mia, and then the now ex-wife killed herself.

I don’t have an opinion on who is the sicker of the two, but I know not to believe every word of a made for tv hit piece.
Back to top
Reply
Replies (1)
OptionsTop
Replies (1)

quote:
Mia Farrow and Woody Allen did not make a child with BLUE EYES


Spoiler: Ronan wears blue contact lenses and has had plastic surgery to fuel the Sinatra myth 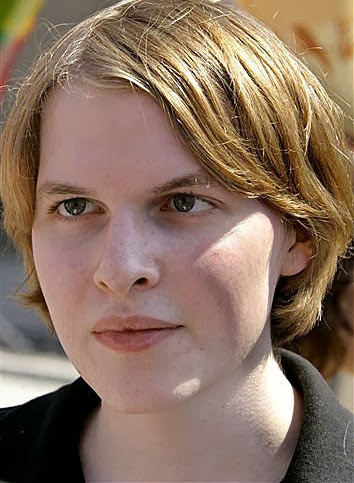 What a fricked-up family!
Back to top
Reply
Replies (1)
OptionsTop
Replies (1)

re: Allen v Farrow - doc on HBOPosted by Fewer Kilometers

quote:
What a fricked-up family


I've been saying this for years. Three adopted children dead. I know that one is AIDS related, but that's just not normal.

And even with the allegations, both parties are allowed to adopt more children.

to Everyone
Advertisement
Back to top
Jay Are

re: Allen v Farrow - doc on HBOPosted by Jay Are

quote:
Allen is a creep, but Midnight in Paris is simply a phenomenal movie.

He has several phenomenal movies. I wouldn't include that one personally, but i definitely think it's good.
Back to top
Reply
Replies (0)
OptionsTop
Replies (0)

quote:
I know Ronan is supposed to Woody Allen's son, but it is rumored that Mia continued to have a life long affair with her ex Frank Sinatra until his death.

Honestly - Who does Ronan resemble

I was watching last night thinking how the frick did woody Allen create such a handsome kid. Now I know. Ronan is most definitely a Sinatra


I don't have an alter. And I watched Ronan do an interview and he's way too flamboyant for me.
Back to top
Reply
Replies (0)
OptionsTop
Replies (0)

He thinks he's the best there is too."

I'm surprised he never tried to use a hologram of Dom Deluise.
Back to top
Reply
Replies (1)
OptionsTop
Replies (1)

quote:
I'm surprised he never tried to use a hologram of Dom Deluise.

re: Allen v Farrow - doc on HBOPosted by Tackle74

quote:
Mia Farrow and Woody Allen did not make a child with BLUE EYES

Uh did you complete Middle School Science? Go back and do your punnett squares, blue eyes are recessed genes. Two dark eyed people can both carry recessed genes that can skip generations. Similar to how two black people can have a redhaired kid.
Back to top
Reply
Replies (0)
OptionsTop
Replies (0)

re: Allen v Farrow - doc on HBOPosted by teke184