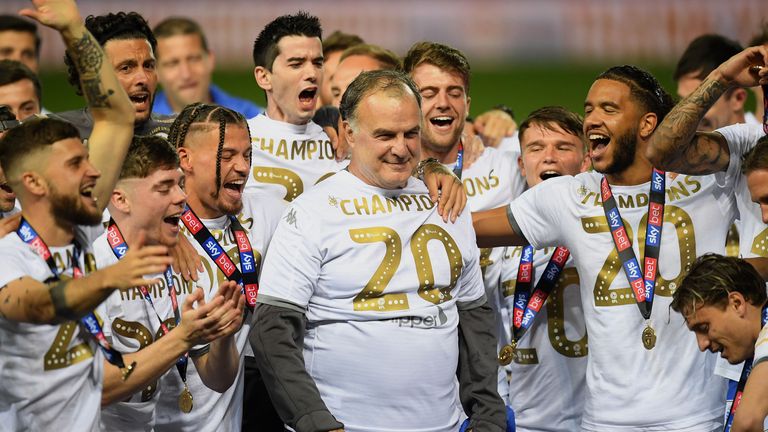 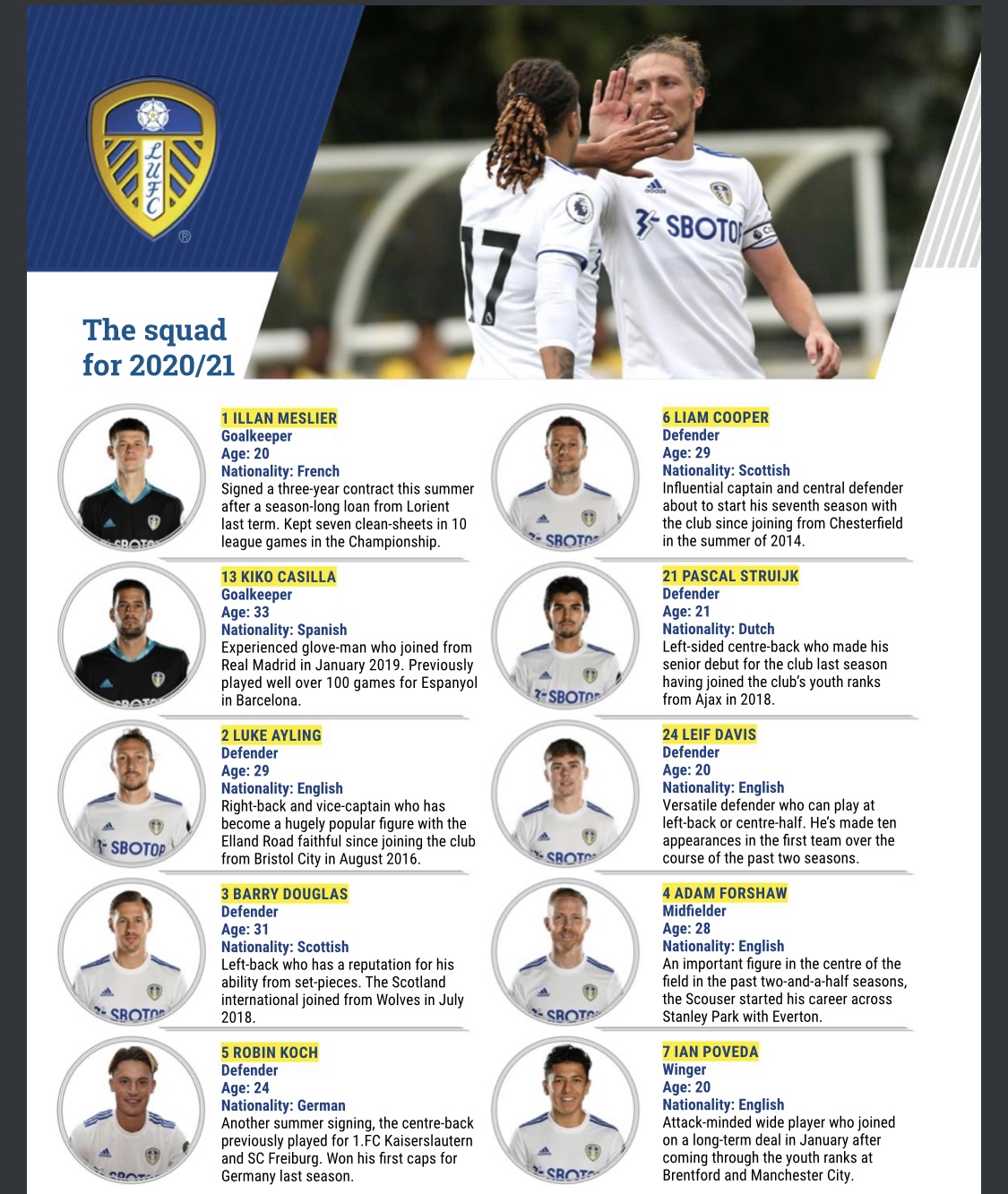 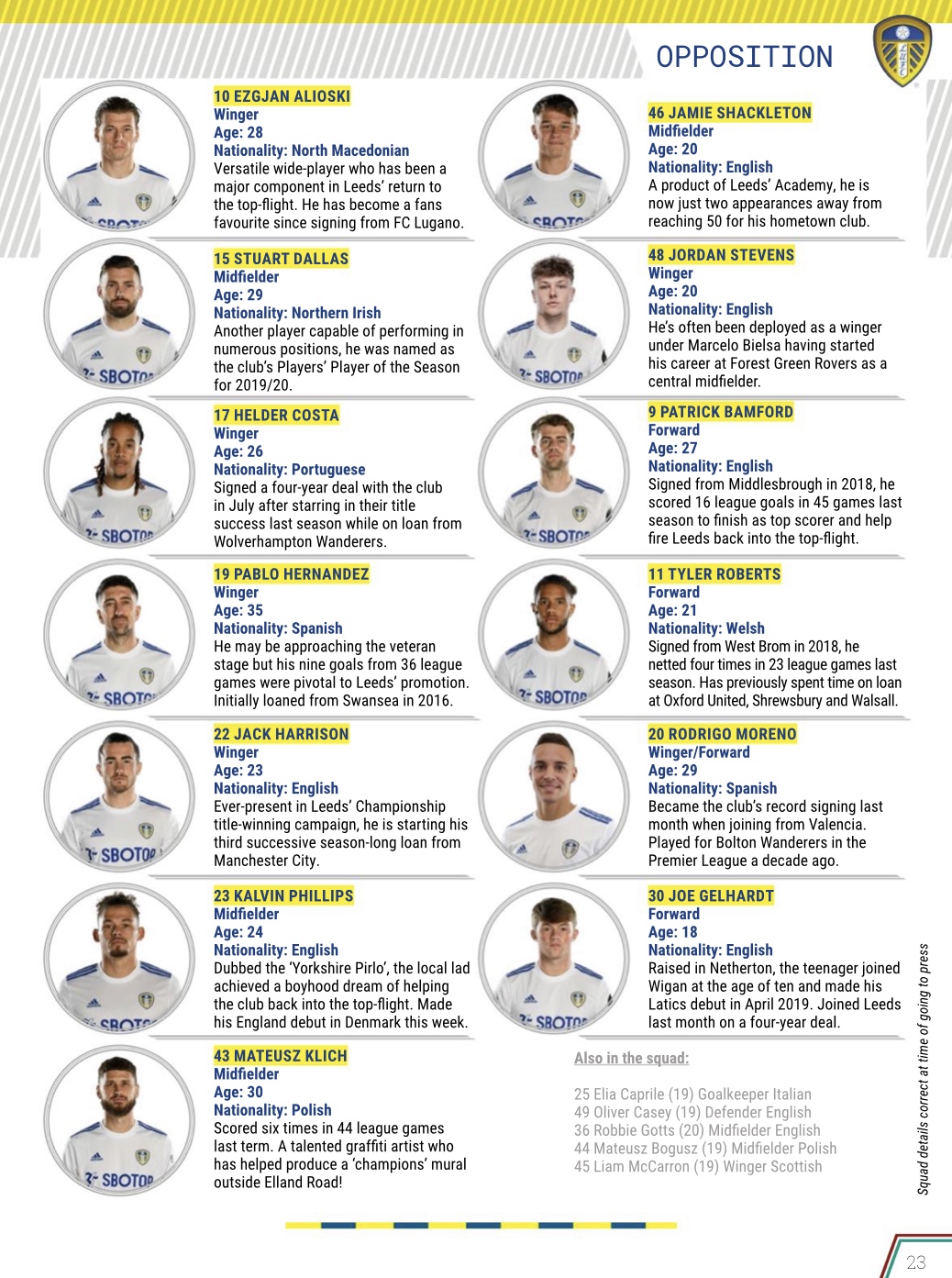 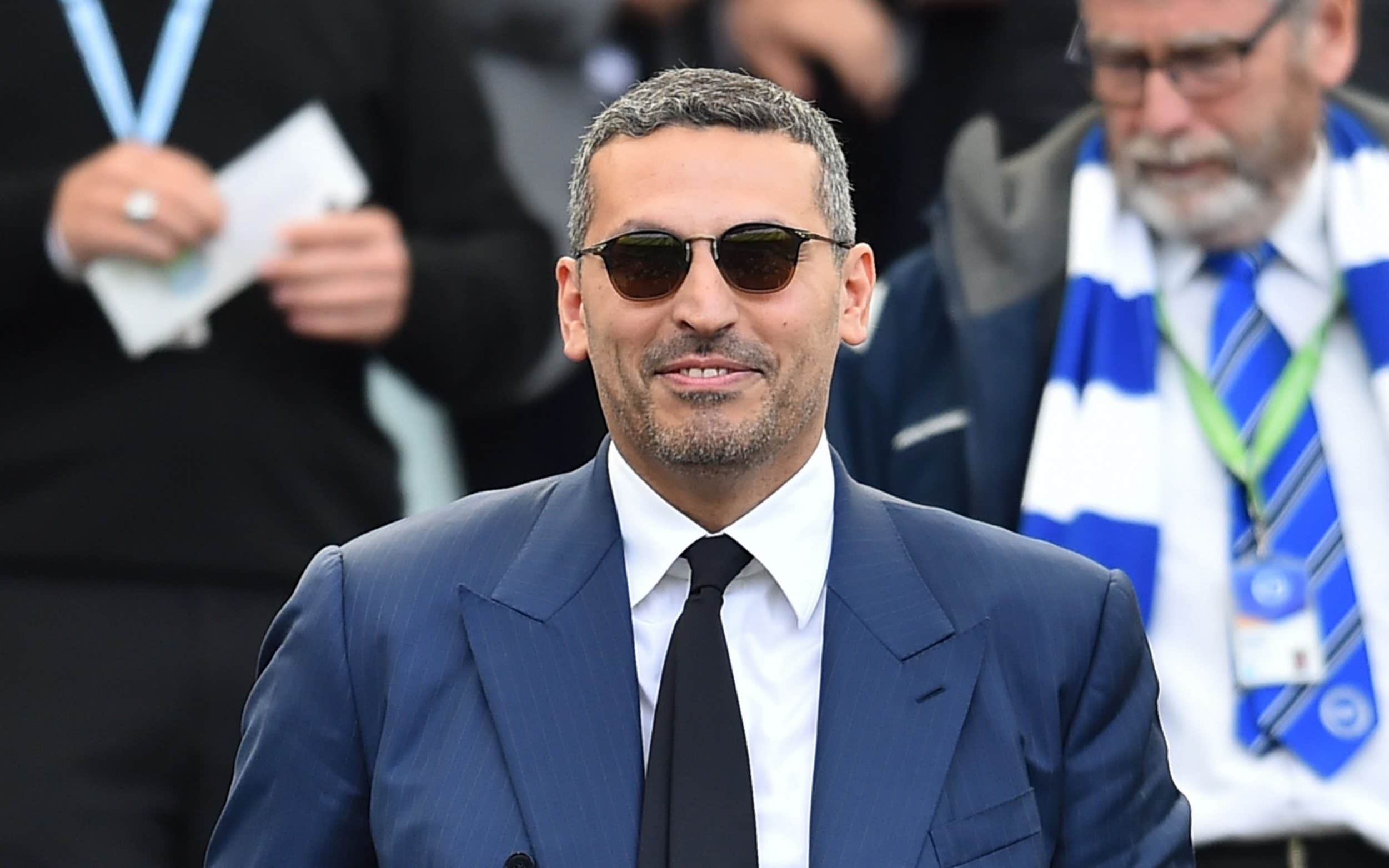 Thank you for your service x

So long to absolute tinpottery only found at places like brentfrick and millscum. Eat an actual dick 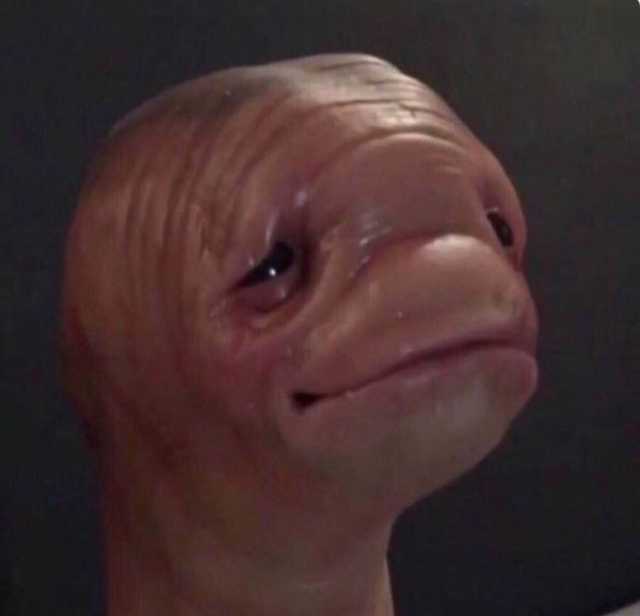 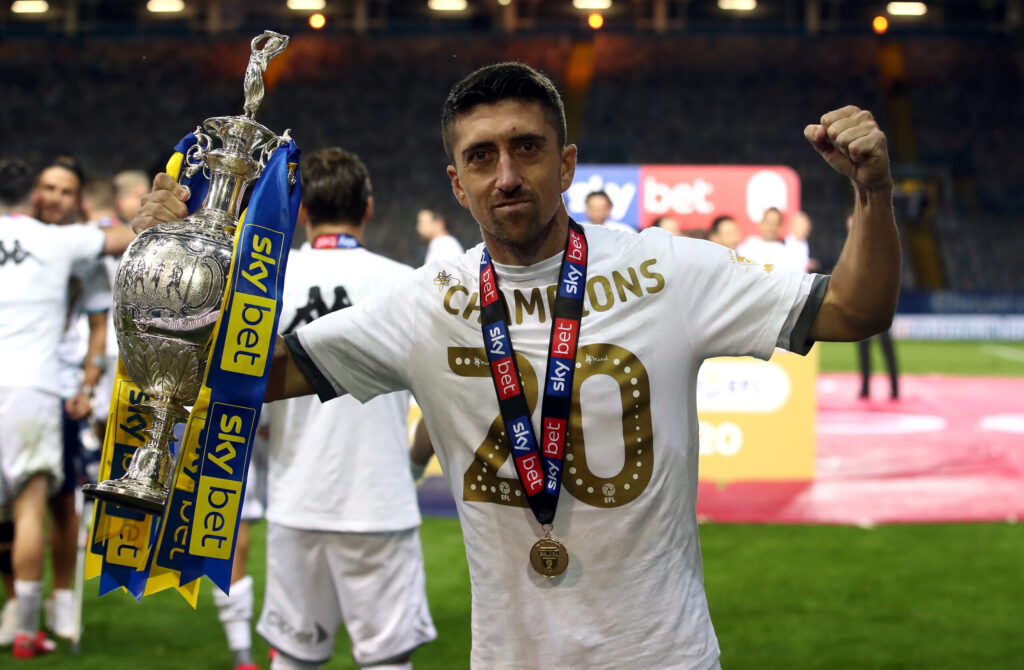 on 9/11/20 at 10:55 am to S
IN. Ready to watch Yorkshire Pirlo lead Leeds to EurGOATpa qualifying round glory
Back to top
Reply
Replies (1)
OptionsTop
Replies (1) 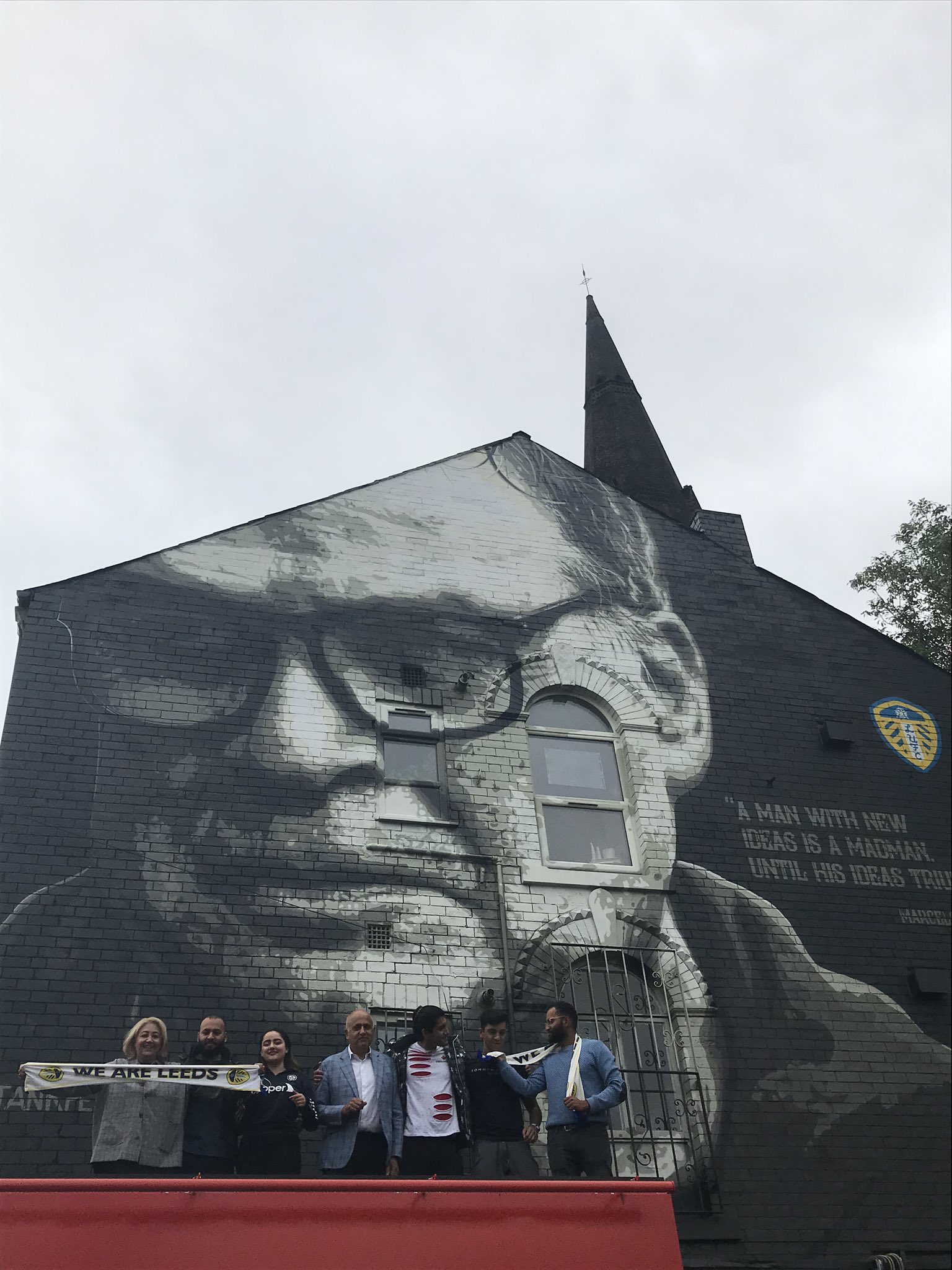 on 9/11/20 at 1:31 pm to 5 Deep
Last season was awesome, but how great has been the transfer window? OK, Brighton tried to hold us hostage over Ben White, so we just went out and signed Robin Koch for 11.7 mil and Rodrigo for 27 mil. So, for the cost of keeping White, LEeds got a central defender who is just as good PLUS someone who can actually score goals. OK, LEeds then had to pay 21.8 mil to keep Costa and Meslier on permanent transfers, but that's cost of doing business.

So, Leeds has spent 60 million on the top club. That leaves a bunch left over from the promotion payment to reasonably sign Gvardiol (almost official) and De Paul or Rafinha. That would be a huge offseason in which Bielsa largely keeps the team intact, but upgrades the attack, maybe finds the future replacement for Pablo the God, and replaces Ben White.

But he's largely going with the guys who won promotion. Let's do this.
Back to top
Reply
Replies (2)
OptionsTop
Replies (2)

to Everyone
Advertisement
Back to top
jackwoods4

on 9/11/20 at 1:55 pm to Baloo
Yeah, I really like the window Leeds has had. Keeping continuity and identifying a few specific spots to upgrade seems to work well for most promoted sides.
Back to top
Reply
Replies (1)
OptionsTop
Replies (1)

Are you wearing the Strongbow kit tomorrow?
Back to top
Reply
Replies (1)
OptionsTop
Replies (1)

GK: Meslier. I'm surprisingly confident in the kid. He came out of nowhere to take over for Casillas, the biggest problem on the roster, both on and off the field. He distributes well and makes big stops. I think he can hack it in the EPL.

LB: Dallas. Alioski is too streaky and Douglas is not EPL level. Stuart was probably the Leeds MVP last year for his ability to fill in, outside his comfort zone. His positional flexibility makes him perfect for Bielsaball but I do worry that he might be overmatched in the step up in level. I don't care. He's my favorite player. All guts. Pure Leeds.

CB: Koch and Cooper. Koch might be the rare transfer who will play right away, such is the deep need at the position. If he plays, Leeds is set with a guy good enough to play for the German national team paired next to the team captain. I really loved Struijk's game in his brief appearances late last year. Worse comes to worse, Dallas covers and that puts Alioski back on the pitch at LB. A strength of the team which should keep Leeds fro getting Norwich'ed, but I'd love to add more depth.

RB: Ayling. The symbol of this team. I love that man. He's a maniac and will crush it at the EPL level. Flying without a backup. Dallas, I guess?

DM: Phillips. The England international! Everything flows through Kalvin, who can turn things upfield so quickly. He'll love the EPL, where he won't see as many teams sagging deep and can instead catch guys pressing forward and burn them on the counter. Eventually Forshaw will get healthy, and he can carry the position as well, but right now Klich is the reserve.

CM: Klich. Klich is such a damn badass. Leeds has a really good, really deep midfield which should not have too many issues adjusting to the jump in level. He's sort of the secret weapon of the team. Look, is it Liverpool's midfield? No. But he's a starter on the Polish national team. He can play, too. Can't wait until Forshaw gets back, but Shackleton and Bogusz are capable depth players.

AM: Rodrigo. Sorry, Pablo. Rodrigo becomes the top playmaking force in the middle of the field (though Liverpool will dodge that bullet). He's a star. But I love what this means for Pablo. They can use him as a supersub, where he can play at full energy for the second half, and they can either have him back up the star player in the middle or...

LW: Harrison. Jack's a solid threat out wide and he's got a big work rate. He's gonna be a steal as a 10 mil permanent transfer next year. But what he can do now is play the first half, and then go to the bench for Pablo Hernandez in the second half, where he can destroy people from the outside. Pablo is even more lethal on the wing. Remember him with Saiz? Now, imagine him with Rodrigo.

RW: Costa. Another guy who shouldn't have too much issue with the jump in level after playing at Benfica, Monaco, and Wolves. He's great on the cross and he wins a lot of tough battles. But if Leeds is gonna make a run at the top half of the table, that likely means Poveda will have blossomed into the player he can be. There's no one in the system I'm more excited over their potential.

CF: Bamford. Oh, Bam-Bam. The least efficient goal striker in the Championship, I will at least defend your massive workrate. Bamford does a ton of off the ball work, but he's just not good in a crowded box. He's much better on the counter and sneaking into space. He should find a bit more space in the EPL as less teams will pack the box against Leeds now that they are the minnow rather than the big fish. Rodrigo could also play up here (and should once we sign De Paul... fingers crossed) but right now Roberts should be the primary back up. He's tougher than Bamford, but not as creative.

Really, I think this team can compete at the EPL level. There's not many guys who make me nervous, though the lack of depth at some key positions does. I am worried about scoring goals, though.

I hope we don't go the Sheffield route and play deep and cynical football to try and eke out as many 1-1 draws or 1-0 slugfest wins as possible. Play our game. Play with style and flair, and if that means we lose 3-0 every so often... so be it. Play the beautiful game. Play Bielsaball.

Leeds doesn't have the talent of the top tier, but they match up tactically with the soft squishy middle. Let's not get too crazy. I'll pick the team to finish 13th in its first season, comfortably out of the relegation zone. If they sign De Paul, revise that to 9th or 10th. He's the key to transforming this team into a real threat to do damage.
Back to top
Reply
Replies (2)
OptionsTop
Replies (2)

LB is probably the one area of concern. That’s not a knock on Dallas as he can play so many positions. I was surprised we didn’t go for Rico Henry but i like the Lukaku rumors.

Roberts is so good on his day. Might not start every match but we’ll need him.

If i was guessing tomorrow’s 18


Think Rodrigo will start against Fulham after a full week of training.
Back to top
Reply
Replies (1)
OptionsTop
Replies (1)