Had my 3 year old singing Marching om Together after Harrison's goal.

on 9/13/20 at 1:40 pm to S
Just got undrunk. The obvious premier league referee bias against the squad continues even after a long break from the league. Should be investigated. 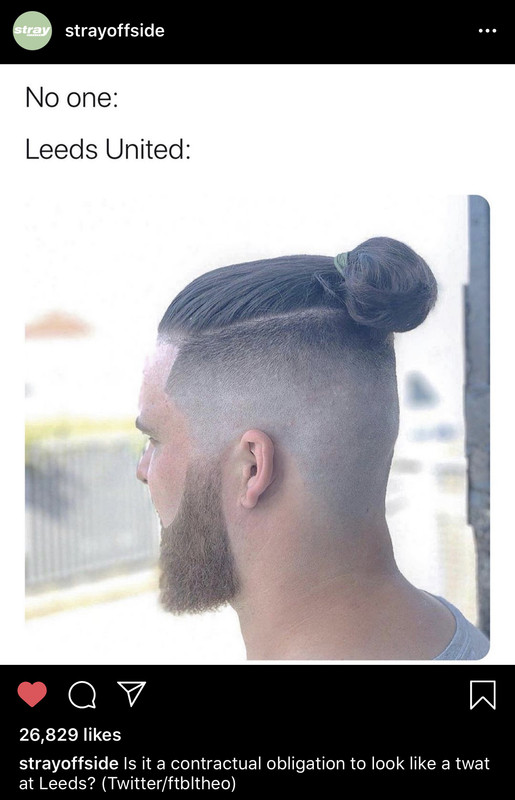 re: 2020-21 Leeds United season long thread: Announce De PaulPosted by S on 9/13/20 at 4:28 pm to McCaigBro69
I am so fricking triggered because you know exactly who they’re talking about 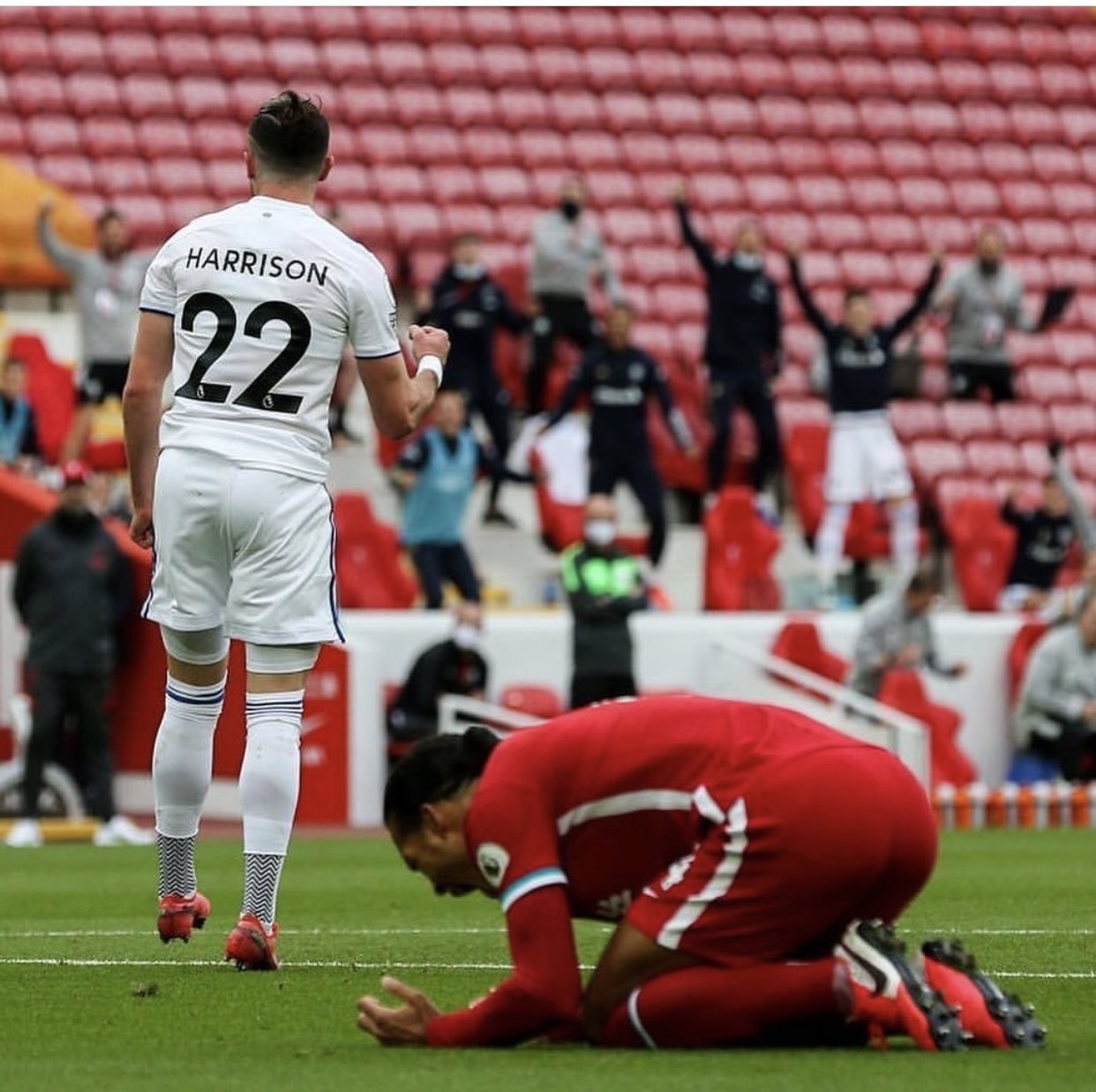 on 9/16/20 at 10:51 am to McCaigBro69
A lot of positives to take from the game, even if Leeds didn't get a point they probably deserved thanks to Rodrigo being stupid. I do think its interesting that three of the goals (and both penalties) were due to mistakes from the new transfers. Robin Koch had a brutal game, especially, with a handball in the box and then completely failing to mark his man on a corner, allowing an uncontested header. I'm just going to write that off to trying to learn how to play for Bielsa.

Damn. Our midfield was awesome. Harrison and Costa fricking dominated the wings and Klich and Philips were a distribution machine. The problem was... sigh.. .tha attacking mid. Pablo was invisible, which was better than Rodrigo did as a sub. We could have used invisible from him instead of stupid, needless challenge leading to the final goal. This team is an elite AM away from legitimately fighting for a European spot. I love Pablo, but it's time to bend to the reality he's 35, and he can do the most damage as a second half sub against tired legs.

But shout out to Pascal! Struijk! You beautiful Dutch boy! Forced into an unexpected start by Cooper's injury, he played really well against the best forward line in the EPL. He belonged and arguably outplayed Van Dijk. (LINK /)

What's great about that is it means Leeds doesn't need to spend 20 million on another CB. Cooper-Koch with Struijk as the reserve works. If you need another backup, you can promote from within (Davis? Or shift Dallas and play Alioski on the outside), but that frees 20 million of your budget...

..Sign Rodrigo De Paul. He wants to come. They want 40 million? Fine. Pay the man his money. Sign an elite attacking mid and we'll march on together into the top flight. Struijk just made that possible while still keeping a sane budget.

re: 2020-21 Leeds United season long thread: Announce De PaulPosted by S on 9/16/20 at 12:29 pm to Baloo
The pace was so frenetic is was always gonna be tough for Pablo to pick his passes but he was involved in the second goal. I’d expect him to shine this weekend and games where we’re more in control. But i do think eventually he’ll be back to the super sub role he had at the end of last season and it’ll be good for him and the team (once we ANNOUNCE DE PAUL)

Struijk was awesome. Koch had a much better second half. I felt bad for him having to mark VVD since coops probably would’ve had that job. Haven’t seen enough love for Costa, he was great too. That little dink pass to Klich on the third goal was a beauty. That whole move (off a classic Bielsa throw in trap) was secks.
This post was edited on 9/16 at 12:41 pm
Back to top
Reply
Replies (2)
OptionsTop
Replies (2)

on 9/16/20 at 1:46 pm to S
Yeah, Costa and Harrison were ridiculous. They ran wild down the Liverpool wings and... I did not see that coming. I had high expectations, but honestly, I did not expect us to look THAT good. We looked like the better team in the run of play, and we lost due to set pieces. And a really stupid penalty.
Back to top
Reply
Replies (1)
OptionsTop
Replies (1)

re: 2020-21 Leeds United season long thread: Announce De PaulPosted by S on 9/16/20 at 5:28 pm to Baloo
Watching Fulham and WBA get beat handily made me feel even more confident we can do something. I’ll feel really good with a win Saturday. Peacock trial TYFYS
Back to top
Reply
Replies (1)
OptionsTop
Replies (1)

on 9/17/20 at 10:50 am to S
The next two games are critical. Playing Liverpool tough was nice, and was a good statement, but ultimately: zero points. Leeds needs (ok, wants) to get at least 4 points against Fulham and Sheffield. Show you're a good team. Time for results.
Back to top
Reply
Replies (1)
OptionsTop
Replies (1)

on 9/21/20 at 11:02 am to S
'Leeds United have agreed a deal with Udinese for Rodrigo de Paul after fighting off competition from Italy.

After weeks of negotiations, reports in Italy via La Repubblica claim that a deal is now agreed.

It was reported earlier this week that personal terms for De Paul had already been agreed with the midfielder happy to pen a five-year deal at Elland Road.

With a fee now agreed, a medical and announcement could come swiftly, especially if De Paul is to feature against Sheffield United in the Premier League on Sunday."

It's on like Donkey Kong.
Back to top
Reply
Replies (1)
OptionsTop
Replies (1)

re: 2020-21 Leeds United season long thread: Announce De PaulPosted by S on 9/21/20 at 11:07 pm to Baloo
Im totally cool with not (immediately) investing in another CB and winger. Struijk and Poveda can ball. Gvardiol wouldve been worth doing though.
Back to top
Reply
Replies (2)
OptionsTop
Replies (2)

Hopefully since they own both Watford and Udinese they don’t try and frick us.
Back to top
Reply
Replies (0)
OptionsTop
Replies (0)

on 9/22/20 at 8:24 am to S
I don't get the desire to sign a wing. Harrison and Costa are perfectly capable, and if you sign de Paul, you can move Pablo to the wing as a sub along with Poveda and Rodrigo if you play him with Bamford.

A CB I at least get the idea, but I think we're simply adjusting right now and will be fine. Anyone we sign will be a bench player, and Leeds doesn't have 15 million to spend on a sub.

Attacking mid. We need a #10. Stop getting distracted by shiny things.
Back to top
Reply
Replies (1)
OptionsTop
Replies (1)