0
If you are not a liberal at twenty,
you have no heart.

If you are not a conservative at forty,
you have no brain.

re: Post your favorite political quote.......or create your own!Posted by stuntman

on 10/18/20 at 11:10 am to oldskule
"The first lesson in economics is scarcity; There is never enough of anything to satisfy everyone. The first rule of politics is to ignore the first rule of economics" - Thomas Sowell
Back to top
Reply
Replies (0)
OptionsTop
Replies (0)

re: Post your favorite political quote.......or create your own!Posted by Costanza

“By the way, you know, I sit on the stand and it’d get hot. I got a lot of — I got hairy legs that turn blonde in the sun,” Biden said. “And the kids used to come up and reach in the pool and rub my leg down so it was straight and then watch the hair come back up again.”

He concluded his tale by saying, “I love kids jumping on my lap.”
Back to top
Reply
Replies (0)
OptionsTop
Replies (0)

on 10/18/20 at 11:15 am to oldskule
The first requisite of a good citizen in this republic of ours is that he shall be able and willing to pull his own weight.-Teddy Roosevelt
Growing up my mom kept that quote on our fridge!
Back to top
Reply
Replies (1)
OptionsTop
Replies (1) 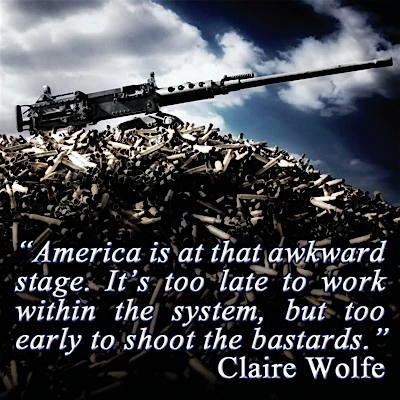 This quote is from several years ago and I'm no longer convinced that it's "too early"
This post was edited on 10/18 at 11:20 am
Back to top
Reply
Replies (0)
OptionsTop
Replies (0)

“When the government fear the people, there is democracy.”

democracy is the worst form of Government except for all those other forms that have been tried from time to time.’
Back to top
Reply
Replies (1)
OptionsTop
Replies (1)


They who can give up essential liberty to obtain a little temporary safety deserve neither liberty nor safety.

re: Post your favorite political quote.......or create your own!Posted by Lsupimp on 10/18/20 at 11:24 am to oldskule
"I won't insult your intelligence by suggesting that you really believe what you just said."-WFB

"I would rather be governed by the first 2000 people in the Manhattan phone book than the entire faculty of Harvard."-WFB

"Extremism in defense of Liberty is no vice and moderation in the pursuit of justice is no virtue".-Barry Goldwater

“The more the state "plans" the more difficult planning becomes for the individual.”-Hayak

"Bad laws are the worst form of tyranny."-Edmund Burke

"Giving money and power to government is like giving whiskey and car keys to teenage boys."-PJ O'Rourke

“In a time of deceit telling the truth is a revolutionary act.”-George Orwell

re: Post your favorite political quote.......or create your own!Posted by Ghost Hog

on 10/18/20 at 11:29 am to Andychapman13
"For nonconformity the world whips you with its displeasure. And therefore a man must know how to estimate a sour face. The by-standers look askance on him in the public street or in the friend's parlour. If this aversation had its origin in contempt and resistance like his own, he might well go home with a sad countenance; but the sour faces of the multitude, like their sweet faces, have no deep cause, but are put on and off as the wind blows and a newspaper directs."

"I hope in these days we have heard the last of conformity and consistency. Let the words be gazetted and ridiculous henceforward. Instead of the gong for dinner, let us hear a whistle from the Spartan fife. Let us never bow and apologize more. "

"Man is timid and apologetic; he is no longer upright; he dares not say 'I think,' 'I am,' but quotes some saint or sage."

"The civilized man has built a coach, but has lost the use of his feet."

re: Post your favorite political quote.......or create your own!Posted by Bass Tiger

on 10/18/20 at 11:29 am to LSU82BILL
Our Constitution was made only for a moral and religious people. It is wholly inadequate to the government of any other.

re: Post your favorite political quote.......or create your own!Posted by Toomer Deplorable

on 10/18/20 at 11:30 am to oldskule
I wouldn’t say this quote by former Congressman Larry MacDonald is my favorite political quote but it seems increasingly relevant and frighteningly prescient with each passing Presidential election: 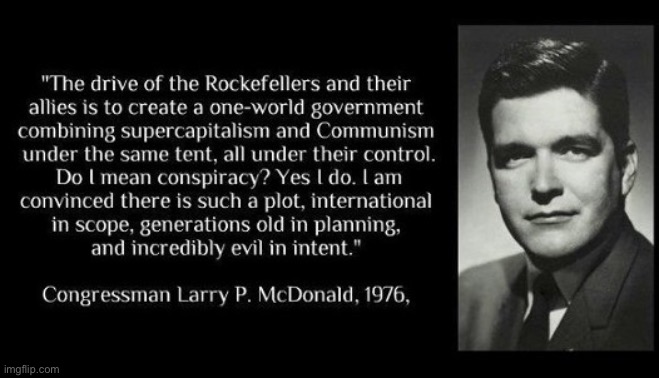 re: Post your favorite political quote.......or create your own!Posted by Erin Go Bragh

quote:
"I'm from the government and here to help".


That would have been mine as well. Ron had a way of hitting the nail on the head and making common sense points.
Back to top
Reply
Replies (1)
OptionsTop
Replies (1)