Natural Gas Wholesale Prices in Germany Are Up 20X Over Last Year.

0
Uniper is one of Europe's largest energy companies. It is German based. Uniper cultivated a long relationship with Russian suppliers dating back 50-yrs to the iron curtain days. They even set-up a Russian branch of the business, Unipro.

Incredibly, as with German leadership in general, Uniper had no concern Russia would ever use reduced NatGas supply as a weapon. There was zero preparation for that eventuality. There was no fall-back plan. How can people have their heads that far up their asses?

• Maubach openly admits German Politicians and Uniper both made a litany of mistakes.

• Europe has no port capacity to import more Liquid Nat Gas. There is no supply redundancy. If there was, Germany/Europe would be able to manage the crisis without much of an issue. Building that infrastructure may take years.

• The worst is yet to come for Europe. NatGas WS prices are up 20-fold year-to-year.

... oh, and the obligatory pic of Germany's UN delegation laughing as President Trump predicted this fiasco. 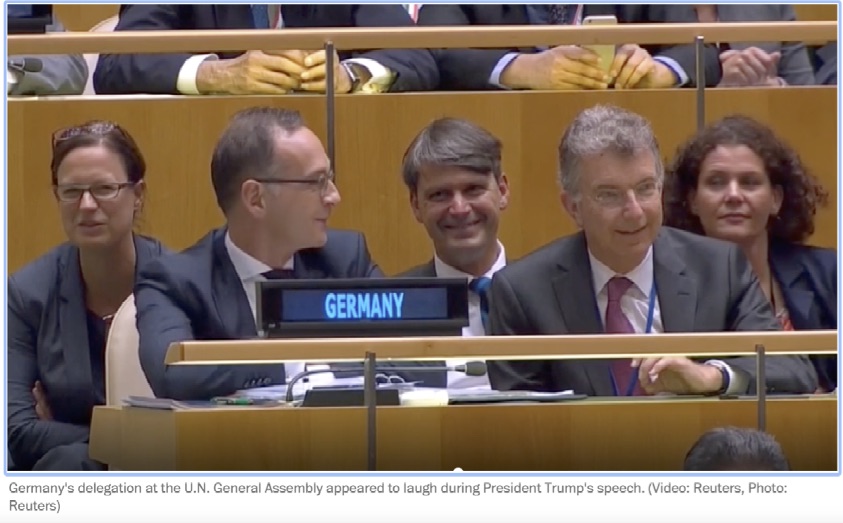 Cause them Jerry’s are going to be cold as shite this winter.
Back to top
Reply
Replies (1)
OptionsTop
Replies (1)

on 10/3/22 at 4:51 am to NC_Tigah
We own 29 rental properties here with just over half gas heating. My tenants are about to feel the squeeze. I am currently renovating a house with oil heating and I have been getting people asking if it is oil and when it will be ready without advertising.The insanely stupid politicians here have made it hard for everyone and I feel a hard swing coming against the Greens and the SPD.
Back to top
Reply
Replies (0)
OptionsTop
Replies (0)

to Everyone
Advertisement
Back to top
TheFonz

quote:
Cause them Jerry’s are going to be cold as shite this winter.

Posted by dakarx on 10/3/22 at 6:48 am to TheFonz
They are going to be begging for more global warming before spring.
Back to top
Reply
Replies (0)
OptionsTop
Replies (0)

And Trump darn near begged them for LNG degassing plants and they laughed.

I keep saying the Germans are bragging that they are at 91% storage, their storage is a 10 weeks supply. Things are gonna get very very expensive.

And Europeans being Europeans, they are gonna start eating their young. Wait for them to literally start trying to steal from other countries, its coming. A german is always a german.
Back to top
Reply
Replies (0)
OptionsTop
Replies (0)

quote:
I'm okay with this. This is what Germany wants.

Politically, maybe. But there are plenty in Germany who don’t want this. I’m not going to break out the schadenfreude just yet.
Back to top
Reply
Replies (0)
OptionsTop
Replies (0)