BREAKING: Hunter Biden Pictures of Himself Disrobed and Exposed With Certain Minor

5
Disclaimer: We spoke with our attorney on the explosive nature of this post and delayed it’s publication. There are more photos of the certain minor in question but we decided not to include them in this report due to legal concerns.

Perhaps the most disturbing revelations in the many files on the Hunter Biden laptop is the family’s actions surrounding Hunter’s inappropriate and possibly criminal behavior with a certain minor.
Former VP Joe Biden claimed the controversy with Hunter Biden’s laptop was created by Russia. Evidence shows this is not the case.


Biden does not want you to believe your own eyes. Of course, Joe Biden is the one who is lying.

On Monday we shared five texts related to the Biden family’s cover up of Hunter’s actions with a minor. The text messages involved Hunter Biden and his immediate family and a friend. The text messages confirmed Joe Biden was looped in on Hunter’s illegal activity with a certain minor and attempted to cover it up.

Below are those texts.

Hunter Biden sent the following text to a family friend where he shares that someone is accusing him of being sexually inappropriate around her daughter. This is why Hunter claims he is not allowed to be alone with that person:


In another text message from Hunter to a family friend, Hunter shares that his mother, Jill Biden, propagates the claims that Hunter is sexually inappropriate around the children and VP Joe Biden is aware as well:

In a third text message sent to Hunter Biden from his Uncle Jim Biden, former Vice President Joe Biden’s brother, Uncle Jim shares that both he and former VP Joe Biden are upset with accusations of impropriety but they don’t believe them. Jim and Joe Biden want to discuss with Hunter so they can all get their stories straight:


In an email to colleague and fellow board member on Burisma, the now felon Devon Archer, Hunter explains how he is not allowed to be around a certain person without his father, Joe Biden, being there:

And a fifth text message shows Hunter explaining to a certain person that her mom told former VP Joe Biden that she would call the police if Hunter tried to see that person:


These texts paint a horrible picture of what is going on behind closed doors in the Biden family.

More importantly they reveal how the Biden family looked the other way and defended Hunter when they found out he may have been acting criminally with a certain minor.

Today we have uncovered pictures that back up the texts above.
As we reported above, Joe Biden told a reporter just two days ago that the controversy with his son Hunter “was a hell of a lie!”
Advertisement - story continues below

We now have proof that Hunter was exposing himself for naked selfies with a certain minor in the same room!

This first picture (that has been heavily redacted) shows Hunter taking a photo of himself again fully exposed with a certain minor in the room on the bed. 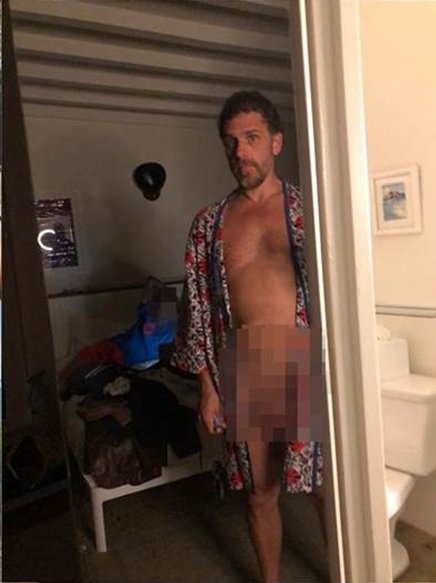 This second picture shows Hunter in bed. The certain minor is next to him the bed in the photo. 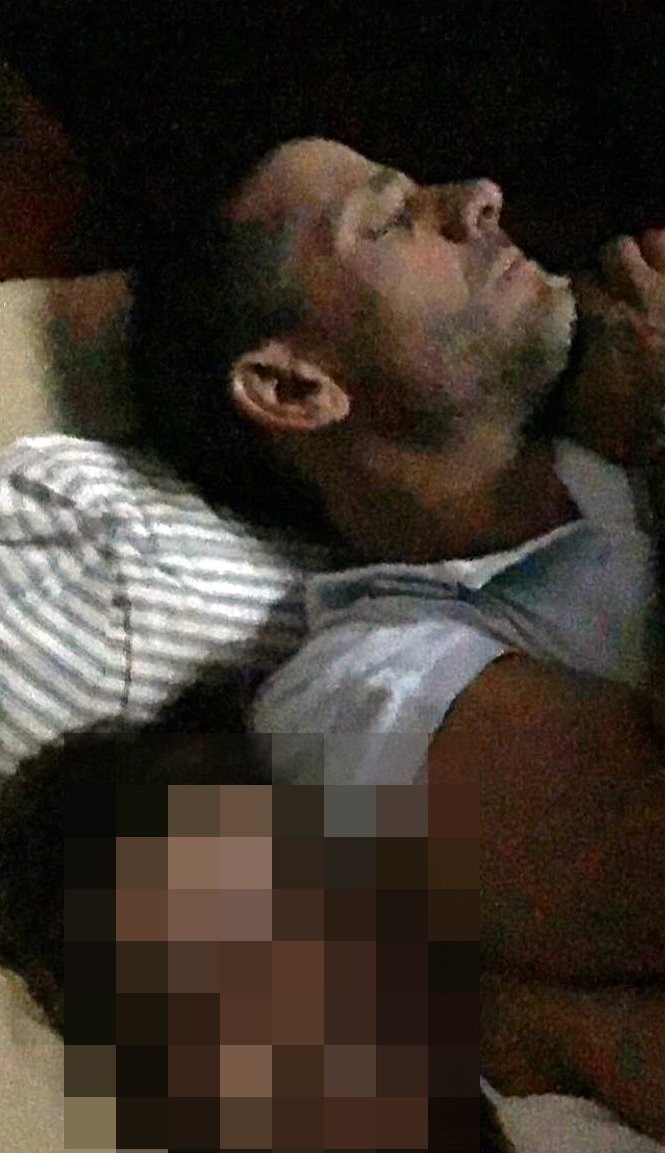 The Biden household has many secrets. Some secrets involved Hunter and a minor. Why was this hidden from the public or from the police?
Was this because it would tarnish Joe’s political image? Most importantly, is the child safe now?
This is not Russian disinformation.
Advertisement - story continues below

It’s coming from the Biden nuclear family.
There are no records that any of this was brought to the attention of the police by the Biden family. LINK
This post was edited on 10/28 at 9:17 am
Back to top
Reply
Replies (62)
OptionsTop
Replies (62)

on 10/28/20 at 9:18 am to FlexDawg
I don’t know what impact all of this will truly have on the election or on a potential Joe Biden Presidency, but good grief the Biden’s are one weird family.
Back to top
Reply
Replies (3)
OptionsTop
Replies (3)

1) frick these sick pieces of shite.
2) holy shite 2020 delivering on the entertainment. Wheres my popkern.

quote:
ok with this as long as they win

Both parties will do anything to win.
Back to top
Reply
Replies (13)
OptionsTop
Replies (13)

quote:
It’s coming from the Biden nuclear family.
There are no records that any of this was brought to the attention of the police by the Biden family.

on 10/28/20 at 9:19 am to FlexDawg
I mean,is there any doubt at this point that Hunter was grooming and molesting Natalie? The evidence is painfully compelling.
Back to top
Reply
Replies (1)
OptionsTop
Replies (1)

1. Who’s taking these pictures? And why?

2. What kind of numbskull KEEPS these pictures?

The hubris is mind-blowing.
Back to top
Reply
Replies (2)
OptionsTop
Replies (2)

Posted by The Maj

quote:
I don’t know what impact all of this will truly have on the election or on a potential Joe Biden Presidency, but good grief the Biden’s are one weird family.

Unfortunately, it is not just the Biden's and it is not limited to a left or right issue in this country... The political elite families are a sick bunch of folks and they believe they are untouchable...

This is why they protect each other... if one piece falls out and rats another out it will all tumble...
Back to top
Reply
Replies (1)
OptionsTop
Replies (1)

Both parties will do anything to win.


Please stop. No way the Republican voting base would condone this. They would lose voters by the millions. Democrats won't even look at the pictures.
Back to top
Reply
Replies (3)
OptionsTop
Replies (3)

on 10/28/20 at 9:20 am to FlexDawg
Reading between the lines, it appears they know WHO the minor is. I'm assuming they'd have to know who it was to confirm she's a minor.

All signs point to it being Beau's daughter.
Back to top
Reply
Replies (0)
OptionsTop
Replies (0)

quote:
Both parties will do anything to win.