on 2/13/20 at 8:46 pm to DJ3K
He warned the Nationals to watch out for the system that he helped cook up in Houston and also used in Boston?

what a piece of shite.
Back to top
Reply
Replies (0)
OptionsTop
Replies (0)

on 2/13/20 at 9:11 pm to DJ3K
I like Alex Cora when he’s face down crying while Warren Morris is rounding the bases. That’s the best Alex Cora.
Back to top
Reply
Replies (1)
OptionsTop
Replies (1)

on 2/13/20 at 9:18 pm to Stretch Suba
See this is the type of shite that really grinds my gears about this whole crusade. 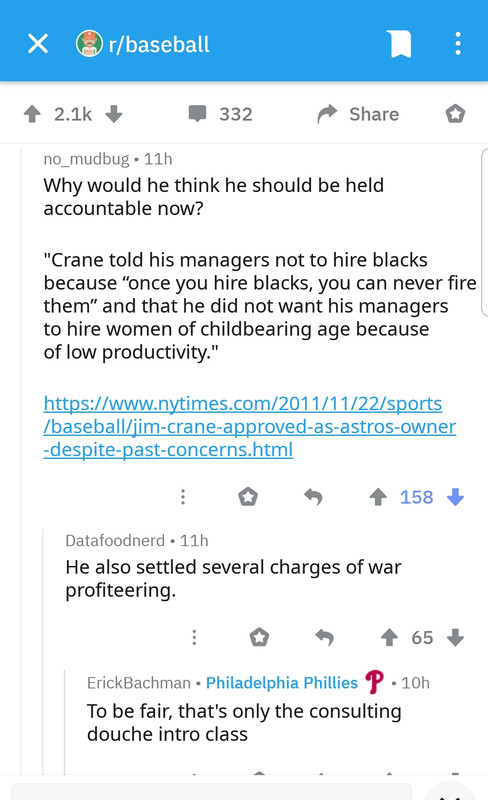 Then when you actually open up the link...

quote:
The primary focus of baseball’s vetting of Crane was an investigation by the federal Equal Employment Opportunity Commission that accused Crane’s Houston-based air freight company, Eagle Global Logistics, of engaging in a pattern of racial and sex discrimination in the 1990s.

The E.E.O.C. report, issued in 2000, included accusations that Crane told his managers not to hire blacks because “once you hire blacks, you can never fire them” and that he did not want his managers to hire women of childbearing age because of low productivity.

quote:
Crane signed a consent degree with the E.E.O.C. and paid $8.5 million to settle the claims. After an outside claims administrator ruled about 10 percent of the claims to be valid, $6 million was returned to Crane. Perhaps he viewed that outcome as a victory. He never admitted to any of the accusations. His spokesman has called the agency’s investigation a “shakedown.”

on 2/14/20 at 11:57 am to tiggerthetooth
Can't find the tweet I saw this morning but it appears the 5th starters job is going to be between Pruitt, James and Framber. Peacock had a setback with the same neck issue that plagued him last year so he's going to be brought along slowly.
Back to top
Reply
Replies (1)
OptionsTop
Replies (1)

quote:
"I thought the apologies were whatever," Bellinger said, referencing the Astros' public apologies Thursday from their spring training site. "I thought [owner] Jim Crane's was weak. I thought [commissioner Rob] Manfred's punishment was weak, giving [the players] immunity. Those guys were cheating for three years. I think what people don't realize is [Jose] Altuve stole an MVP from [Aaron] Judge in '17. Everyone knows they stole the ring from us. But it's over."

on 2/14/20 at 1:30 pm to High C
Bellinger is such a douche. Bro you set the MLB record for strikeouts in a postseason series. If you performed to the level of an average MLB player you would have that ring.
This post was edited on 2/14 at 1:31 pm
Back to top
Reply
Replies (1)
OptionsTop
Replies (1)

on 2/14/20 at 1:40 pm to Lsuhoohoo
Lol how much of a little bitch does Jim Cuck look like now. Dude is getting eviscerated by the media for his ridiculous stunt yesterday and it's fantastic. 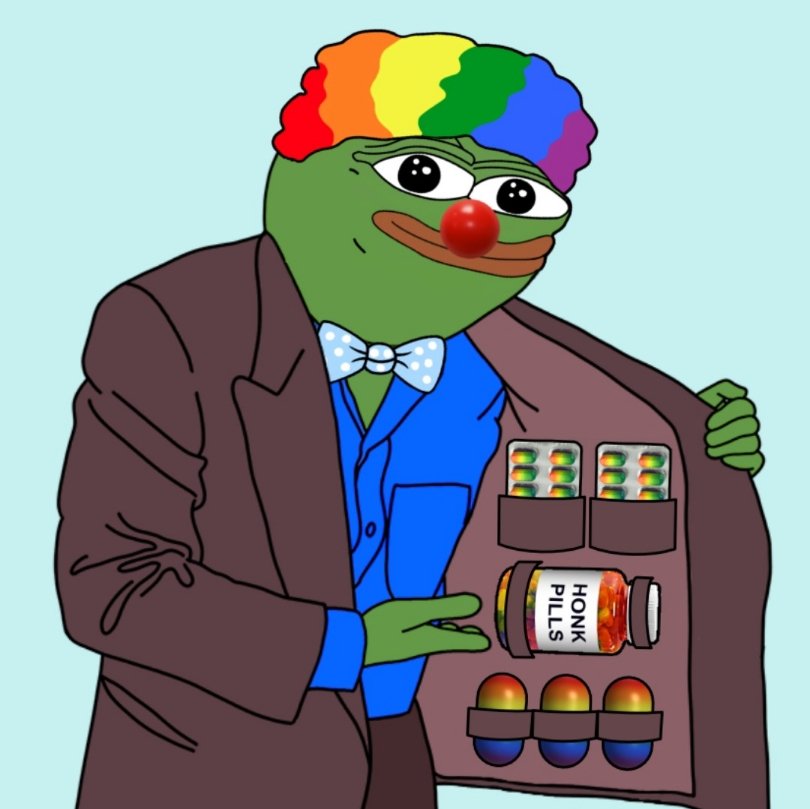 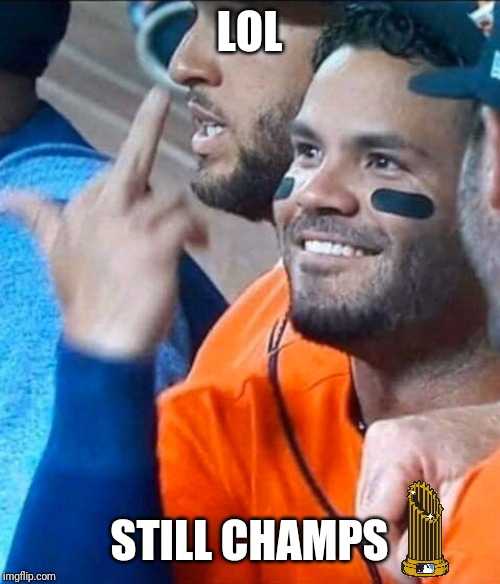 New av image. Feel free to steal it if you want.

He seems worried. Maybe he has a guilty conscience.

quote:
Asked Trevor Bauer 1 question about the Astors, nearly 10 minutes later asked my second. I'm not done transcribing, but... "they are hypocrites, they are cheaters, they've stolen from a lot of other people and the game itself was completely unfair."

quote:
Bauer: "... you guys think you are better than everyone and you don't have to abide by the rules? frick you. You know? That's how I feel about their whole operation." (more to come)

quote:
you guys think you are better than everyone

As is evident by the trophy, yep.

Back at ya, Trev.
Back to top
Reply
Replies (2)
OptionsTop
Replies (2)

on 2/14/20 at 3:49 pm to Lsuhoohoo
Bauer only feels that way because playing with a stupid drone cost him a ring.
Back to top
Reply
Replies (0)
OptionsTop
Replies (0)

quote:
Mike Rizzo: "One of the problems I have with it is that (spring training) opening day 2020, there’s 50 media people here and 47 were at the Houston Astros, who cheated to win a WS, and there were 3 of them here w/the current, reigning world champions. And that's not right."


This is fricking hilarious.