0
Have read Bosch and Sandford’s Lucas Davenport and Virgil Flowers. Love both of those.
Back to top
Reply
Replies (11)
OptionsTop
Replies (11)
Share:

on 11/17/20 at 8:27 pm to Allthatfades
Charlie Parker series by John Connolly is very good. Eighteen books so far (with #18 published this month).
Back to top
Reply
Replies (0)
OptionsTop
Replies (0) 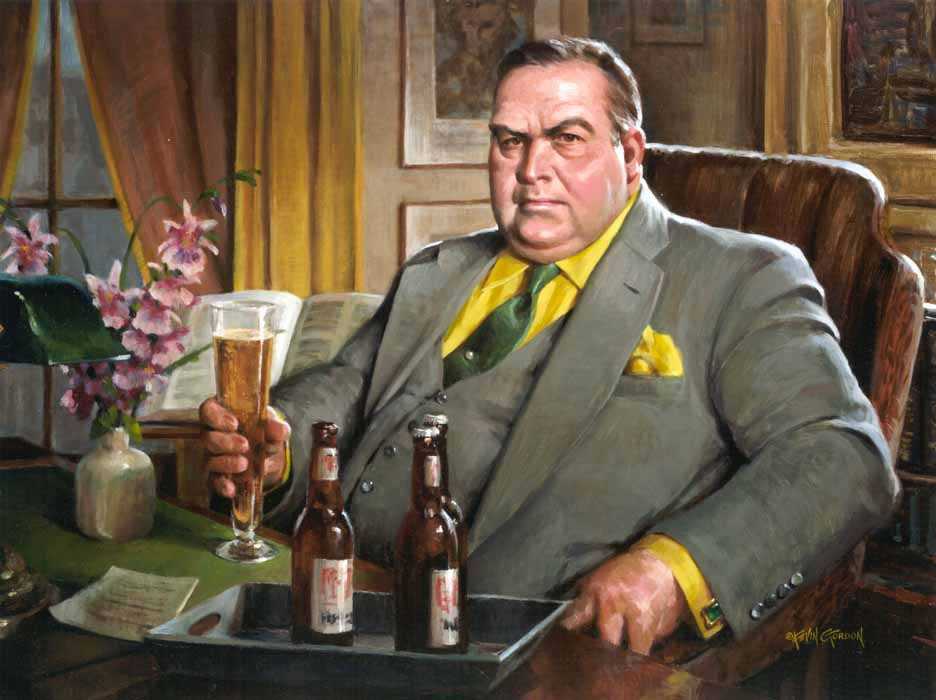 quote:
Nero Wolfe is a fictional character, a brilliant, oversized, eccentric armchair detective created in 1934 by American mystery writer Rex Stout. Wolfe was born in Montenegro and keeps his past murky. He lives in a luxurious brownstone on West 35th Street in New York City, and he is loath to leave his home for business or anything that would keep him from reading his books, tending his orchids, or eating the gourmet meals prepared by his chef, Fritz Brenner. Archie Goodwin, Wolfe's sharp-witted, dapper young confidential assistant with an eye for attractive women, narrates the cases and does the legwork for the detective genius.

Stout wrote 33 novels and 41 novellas and short stories from 1934 to 1975, with most of them set in New York City. The stories have been adapted for film, radio, television and the stage. The Nero Wolfe corpus was nominated for Best Mystery Series of the Century at Bouchercon 2000, the world's largest mystery convention, and Rex Stout was a nominee for Best Mystery Writer of the Century.

The Wolfe series is unique in that it's part Great Detective, and part hard boiled private eye (legman Archie Goodwin). Many of the repartee exchanges are classics.

If you like audiobooks check out these old time radio shows:

The Adventures of Nero Wolfe -- stars Sydney Greenstreet (The Maltese Falcon) as Wolfe. My favorite Wolfe series in any medium (IMHO, aside from the isolated TV movie-pilot starring Thayer David in the late '70s -- which you can watch here -- the TV attempts at Wolfe have been mediocre at best)

Hercule Poirot -- Unfortunately only a handful of episode from this entertaining WWII-era series survive. One of the episodes is a rewrite of Death On The Nile, with the action transferred to... a freighter on Lake Michigan!?

"The ABC Murders" -- an adaptation of the novel starring Charles Laughton (who had played Poirot on stage in the late '20s), done for the great radio show Suspense in 1943 -- but with the character of Poirot completely removed!
Back to top
Reply
Replies (0)
OptionsTop
Replies (0) 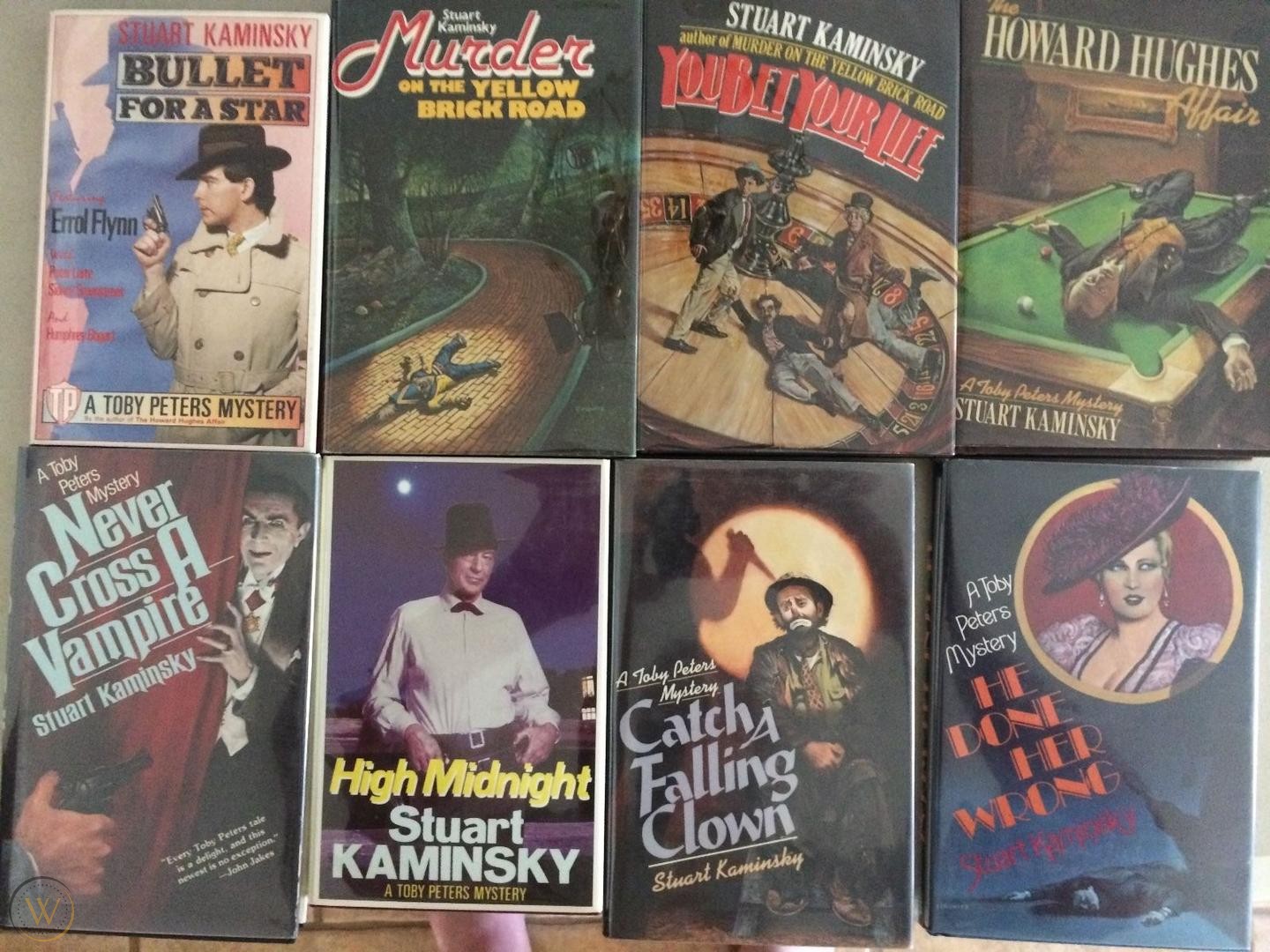 I just started the Toby Peters series by Stuart Kaminsky. Toby is an ex-cop turned private eye in L.A. c. 1940. The twist is his cases get him involved with real-life movie stars like Errol Flynn and The Marx Brothers.

It's basically the Flashman formula of historical notables, combined with the private eye genre.

quote:
He got canned, got married, got divorced, got a job as security guard at Warner Brothers, got the boot by Jack Warner himself after Toby broke the arm of some cowboy star who "made the mistake of thinking he was as tough in person as on the screen." Down on his luck, running out of options, Toby set up shop as a private eye, not particularly fussy about the kind of cases he takes.

The books work well as good old-fashioned, b-movie entertainment. Not too heavy, straight-forward plots, full of colourful characters, who pop in and out of the series. You can just picture character actors playing these roles. Toby still carries a flame for Ann, his ex-wife; but has a thing for Carmen, a waitress. Meanwhile, his brother Phil is a Homicide dick out of the Wiltshire Police district whose favorite means of dealing with Toby is slapping him around. Then there's Mrs. Plaut, Toby's deaf landlady who calls him Mr. Peelers; Jeremy, the sensitive, muscle-bound poet/janitor and former professional wrestler; Gunther, the multi-lingual Swiss midget, and Toby's best friend; and Sheldon Minck, cigar-chomping, alcoholic, nearly-blind, incompetent, grubby dentist/oral surgeon who shares an office with Toby.

The whole series reeks of popcorn. If you love old movies, this series is a blast from the past!

quote:
Though not as doggedly determined as Sam Spade or as quick with the quip as Philip Marlowe, hard-boiled private eye Toby Peters investigates the most entertaining cases because his beat is Hollywood during the Golden Age. While working for such legendary stars as Errol Flynn or Mae West, Toby rubs elbows with other real-life film actors or powerful film industry personnel, offering an inside look at Hollywood during the 1930s and 1940s. The hapless private detective was the creation of mystery novelist and screenwriter Stuart Kaminsky, who wrote 24 Toby Peters novels between 1977 and 2004.

Kaminsky was more than a mystery novelist. He was also a screenwriter and a professor of film. I was fortunate enough to be one of his graduate students when he taught at Northwestern University. During my first year in the program, my classmates and I were intrigued with our mystery-writing professor and eagerly devoured his first few Toby Peters novels. While I enjoyed the interaction of a fictional private eye with real-life movie stars, relishing the nostalgia, I didn’t realize just how clever they were. Sadly, Stuart Kaminsky died in October 2009... His death prompted me to revisit the Toby Peters mysteries, and I discovered that no book series could be more irresistible to movie lovers of all types, from the film historian to the star-struck fan.

on 11/18/20 at 8:29 am to Allthatfades
I recommend John Lescroart's Abe Glitsky/Dismas Hardy series, Glitsky being a detective and Hardy a defense attorney. Good writing.
Back to top
Reply
Replies (0)
OptionsTop
Replies (0)

re: Recommend a good detective/police procedural seriesPosted by Jcorye1 on 11/18/20 at 10:57 pm to Allthatfades
Spenser by Robert Parker!
Back to top
Reply
Replies (0)
OptionsTop
Replies (0)

to Everyone
Advertisement
Back to top
DomesticatedBoar

on 11/19/20 at 8:03 am to Allthatfades
Not exactly what you asked, but the John Corey series by Nelson Demille. Retired NYPD detective working for a fictional FBI Anti-Terrorist Task Force. It still has the procedural vibe you’re looking for. And Corey has a smart-ass wit that I literally laugh out loud at.
Back to top
Reply
Replies (0)
OptionsTop
Replies (0)

on 11/20/20 at 6:13 pm to Allthatfades
I really like the Tana French Dublin murder squad books. Each book is from a different detectives pov with some overlapping characters.

on 11/23/20 at 1:25 pm to Allthatfades
Raymond Chandler's series of Phillip Marlowe books is the pinnacle of pulp detective novels. While it may not be precisely what you are looking for here, you will regret never reading these at least twice each. I reread them about once ever five years.
Back to top
Reply
Replies (0)
OptionsTop
Replies (0)

re: Recommend a good detective/police procedural seriesPosted by Dave Worth

on 11/23/20 at 4:32 pm to Allthatfades
I like the Robert Crais books a lot. I think the writer is from Baton Rouge. Books mostly take place in LA and the main character is a retired Delta member that is now a private eye. Not a Rambo type at all but can handle himself at times. Has a partner that he works with that is very cool (Pike).
Back to top
Reply
Replies (0)
OptionsTop
Replies (0)

on 11/23/20 at 6:53 pm to Allthatfades
T Jefferson Parker has the Roland Ford series and the Charlie hood series, both set in California.

If you like Bosch then Connelly has other series that crossover.

And you could try James Lee Burke’s different series. I enjoy Burke’s books and characters but I have to breeze through some of the D.R. books as the alcoholic angst doesn’t do much for me.
This post was edited on 11/23 at 6:57 pm
Back to top
Reply
Replies (0)
OptionsTop
Replies (0)