0
Seeing what the tech board thinks about this sound bar and if there is something better out there for the money. The regular price is $600 but I caught it on sale for $400. I picked it up spur of the moment due to the sale price and didn't really do any research on if it was a deal or not. I have to say, that when I first hooked it up and wasn't that impressed. Yeah, its better than the TV speakers, but I was expecting a little more.

I recently talked to someone at Bestbuy and they made it seem like Polk sound systems were trash and I could find something better for my money. To those much more knowledgeable than myself; is this a decent system for the $400 I paid or would I be better off going with something different? I don't mind paying a little more for something if it is worth it. But if I can pay less and get near the same quality then I don't want to waste my money. Btw, I'm not totally set on getting a sound bar. If there is a decent entry level Stereo system I should be looking at I'm open to that as well. What you guys think? Looking at all the different sound systems can be overwhelming, so any help is appreciated. 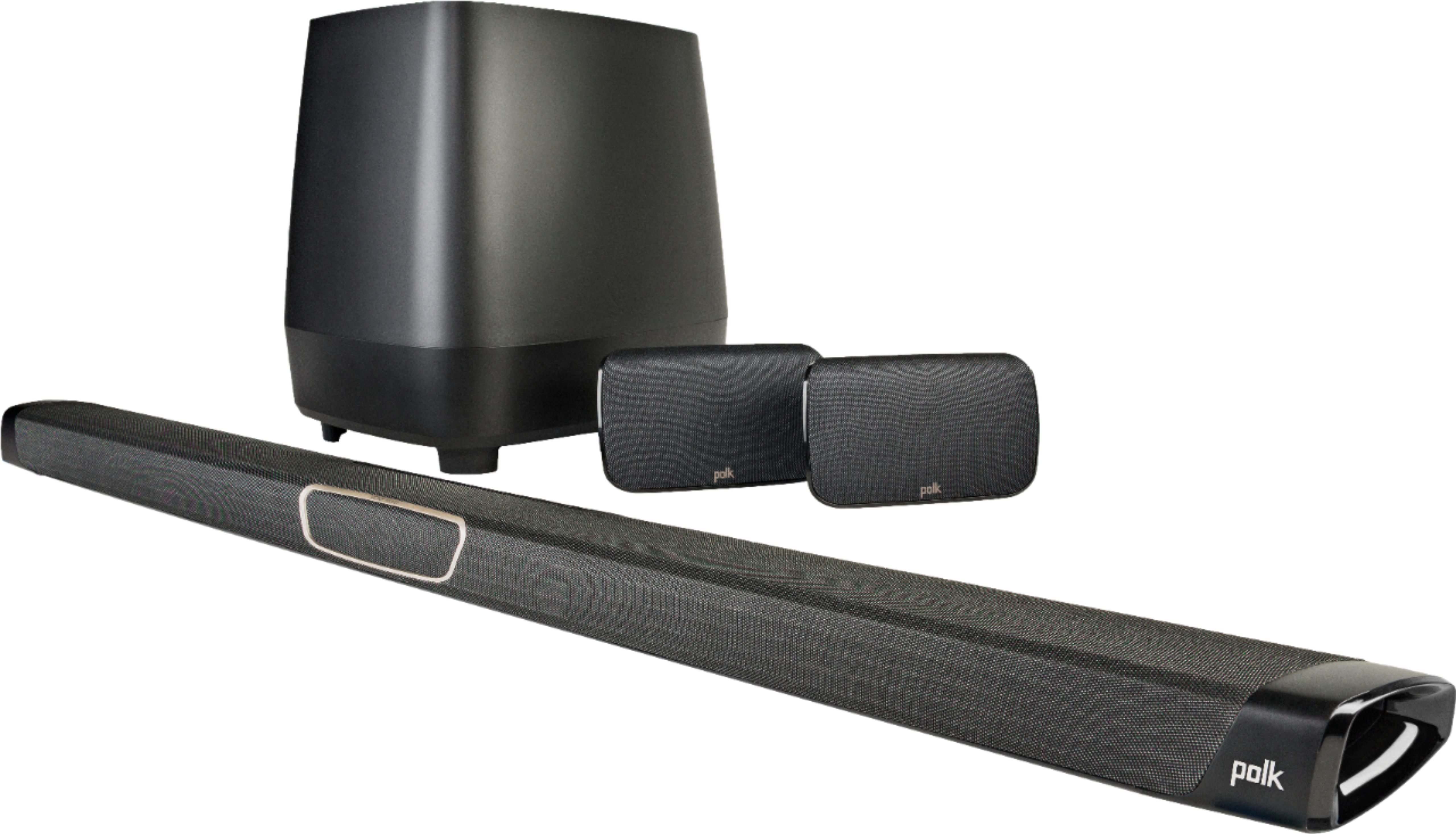 re: Home Stereo/SoundbarPosted by MDB

If you savor sound, get ready to pay a lot for a sound bar or just add a sound system. I have a really nice Yamaha/Klipsch 7.2.4 system and I doubt any soundbar would ever please me.

Come up with a budget and get back with us. Get ready to save up.
Back to top
Reply
Replies (2)
OptionsTop
Replies (2)

re: Home Stereo/SoundbarPosted by MDB

on 12/30/20 at 11:32 pm to SG_Geaux
Polk is mid level and they make good stuff. I have all Polk speakers but they're some of their better ones (mains are rti10s) and I've got a nice sub and avr. Soundbars are never gonna be ideal but you could do worse than that. It's probably not dialed in or your room acoustics may suck. If you want better start with an entry level 5.1 and slowly upgrade. Dayton or monoprice sub, pioneer or Yamaha avr, 4 Polk surrounds with a entry Polk center channel. Will blow that soundbar away but will also cost around 1k.
This post was edited on 12/30 at 11:33 pm
Back to top
Reply
Replies (0)
OptionsTop
Replies (0)

re: Home Stereo/SoundbarPosted by terd ferguson

to Everyone
Advertisement
Back to top
Couyon504

on 1/11/21 at 8:07 pm to MDB
Thanks for all the replies. We ended up bringing the Polk back to Best Buy in the hopes of finding something better. One of the salesman recommended a Sony soundbar that he had in his house. It was the best Sony sound bar they had there and it sounded great when they played the demo for us in the store. So we bought that one and just finished hooking it up tonight. It's the Sony HT-Z9F. We also got the two rear speakers that were sold separately. This thing seems to have all the bells and whistles... Dolby Ethos, Dolby Vision, 4K HDR, Hi-Res Audio, bunch of stuff...

After hooking it up tonight, my initial thought was that it was better than the Polk. Was able to turn music up louder than the Polk. Listened to two Netflix action movies briefly, which I believe are recorded in Dolby Atmos, and it sounds pretty good to me. My wife was less impressed than I was. She didn't seem to think the difference between this one and the Polk justified the cost difference. And I kind of feel the same way... Starting to think we should have gone the sound system route and bought a receiver and speakers. It seems like you will never get great sound coming from the tiny speakers that are in a sound bar. But plan on giving them a try for a few days and see what we think.

So what you guys think of the Sony Sony HT-Z9F? Decent soundbar? About as best I can do going with a sound bar?

If I were to go with a receiver and speaker system, what would you recommend? I paid $1,300 for this Sony. So my budget is at least this much. Don't mind paying a little more for quality stuff. So what should I be looking at if I go this route? Could I get something that would blow this HT-Z9F for $2000 or less? I guess I wouldn't mind paying a little more than 2 grand but it would have to be worth it.

Thanks again for all you guys help!

re: Home Stereo/SoundbarPosted by NOLALGD on 1/12/21 at 10:07 am to Couyon504
If you want simple (no receiver) and great sound at that price point really think about Sonos. If you don't have a huge room you can probably do the Beam, Sub, and 2 Sonos Ones for less than $1500. For $2000 you can upgrade to the Arc soundbar. This setup is also compatible with Alexa, Home, etc. as the soundbars have a built in mic.

I spent months trying to figure this out once COVID happened, decided on Sonos for ease of use for my non-tech savy family, and the ability to expand the the system with new zones/speakers in other rooms. Buying a mix of new on sale speakers and pre-owned I've built out a 3 room system for less than $2000, and I'm very happy with main room audio/surround.
Back to top
Reply
Replies (1)
OptionsTop
Replies (1)

re: Home Stereo/SoundbarPosted by NOLALGD on 1/12/21 at 2:06 pm to CAD703X
Yep, tried to avoid it but after all the research it was the best option for us!
Back to top
Reply
Replies (1)
OptionsTop
Replies (1)

on 1/13/21 at 1:45 pm to NOLALGD
Sry to hijack the thread but I'm sort of in the same situation. Trying to understand how receivers (and TVs for that matter) interface with alexa and echo devices. I have a few dots, a studio, and show 8 that I would like to include for playing music throughout the house. In the living room, I have some older JVC speakers (2 tower and 2 bookshelf speakers) as well as in ceiling speakers used for surround. Currently have a very old JVC receiver running sound from the TV that I am looking to replace.

Best I can tell, something like a Denon S750H would be an entry level receiver that could be at the center. Not looking for amazing sound processing. Main priority is getting everything I have now to work together and be able to update or expand the living room system a bit in the future.
Back to top
Reply
Replies (0)
OptionsTop
Replies (0)

re: Home Stereo/SoundbarPosted by ThuperThumpin on 1/14/21 at 9:48 am to Couyon504
I used to not understand why anyone would opt for a sound bar over just a decent receiver and pair of speakers but the tech has come a long way. I was pretty impressed with the two higher end Samsung bars ( HW-Q950T was one). If you dont want to deal with lots of wires and putting together your own home theater sound system then I can understand the appeal of a sound bar system but just be prepared to spend around 1500-2000 for a high end one.

quote:
Could I get something that would blow this HT-Z9F for $2000 or less?