there’s no leaders on the club, no ones hold anyone accountable, sad
Back to top
Reply
Replies (0)
OptionsTop
Replies (0)

quote:
This is the worst ive seen us.

Yes, it literally is the worst team Arsenal has put on the field since before WW I. The Kroenke's are about to discover just how much money a person can lose in a league that has relegation and a history of community involvement. The Kroenke's have been in way over their pointy little heads from the start. Now the chickens have come home to roost.
Back to top
Reply
Replies (1)
OptionsTop
Replies (1)

Imagine Saka and ESR and Pepe and Sambi and Azeez and etc in the championship for a season.

Would be fun as hell. We would win every week and it would be a blast.
Back to top
Reply
Replies (2)
OptionsTop
Replies (2)

All I can say is, I was a rams fan from st louis. Seeing what Stan(a local guy) did to us, and seeing where you guys are now, I feel a personal remorse. He doesnt care, until he loses a dollar, and he may never will owning a team like arsenal.
Back to top
Reply
Replies (1)
OptionsTop
Replies (1)

quote:
Imagine Saka and ESR and Pepe and Sambi and Azeez and etc in the championship for a season.

Don't many players have stipulations in their contracts that they get off of teams that get relegated. Even if they don't, Arsenal would have to have a fire sale.
Back to top
Reply
Replies (0)
OptionsTop
Replies (0)

quote:
All I can say is, I was a rams fan from st louis. Seeing what Stan(a local guy) did to us, and seeing where you guys are now, I feel a personal remorse. He doesnt care, until he loses a dollar, and he may never will owning a team like arsenal.

I personally hope he dies in a plane crash. I lived in St. Louis when he moved the Rams, which was a fricking travesty. He's an absolute dumbass.
Back to top
Reply
Replies (1)
OptionsTop
Replies (1) 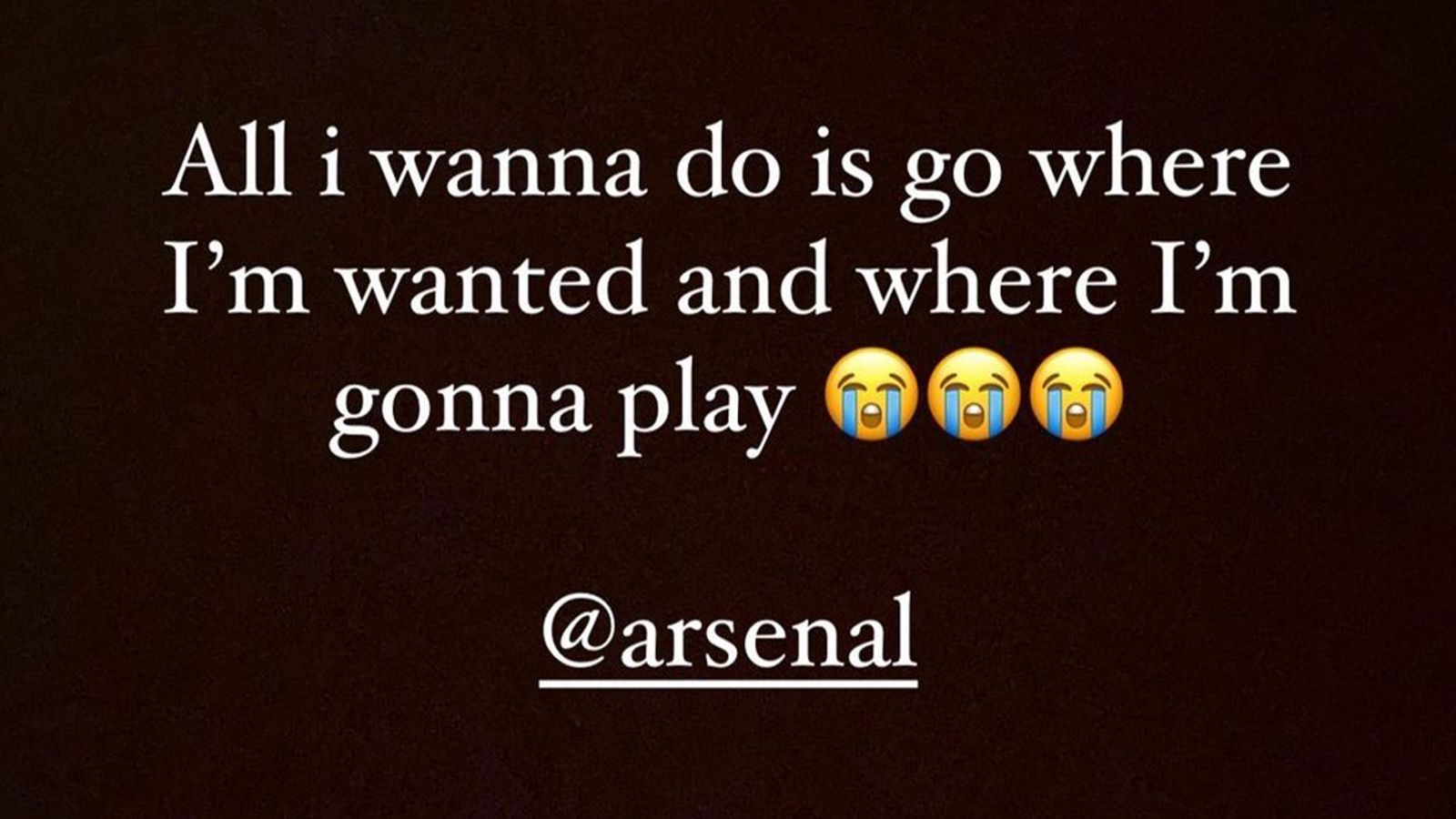 I am 100% on AMN's side. He's been at Arsenal 18 years. Eighteen f'ing years. Yet more shitty man management from Mikel Arterrorist.

Refused to let him go last year and sold him used goods. Immediately benched him after the summer window last year despite AMN arguably being our best player during the FA Cup run. He was also good in the league.

AMN says he wants to play RB in preseason to Arterrorist and the shite manager decides to continuing playing Chambers and Cedric over AMN who IMO has the ability to be a top top RB in England and Europe. All the physical attributes, great technique, recovery speed, calmness (like world class nerves on him), etc.


Oh and Willian gone, Nelson to feyenoord on loan.


We signed takehiro, Japanese right back.

to Everyone
Advertisement
Back to top
saderade

quote:
If Takehiro Tomoyasu completes his proposed permanent transfer to Arsenal, the price will be £16m plus bonuses to Bologna. #AFC have been determined to strengthen at right-back & Mikel Arteta pushed internally for 22yo Japan international @TheAthleticUK

Looks like we got a right back.
Back to top
Reply
Replies (1)
OptionsTop
Replies (1)

on 8/31/21 at 10:34 am to BigWillieStyle
Not to beat a dead horse but Hertha Berlin really offered Arsenal 26 million pounds for Xhaka in the January 2020 tranfer window before Corona and we said no

Mik-el Qaeda convinced him to stay

recruiting young talented players im good with because we can have some players for the next guy.


You get xhaka to stay, sign willian, cedrui, pablo mari, Luiz. And luiz was the best out of those decisions.

Then you dont sell amn and never play him. Try to give away saed but do play him.

For all you LSU fans and Arsenal fans, may God have mercy on our souls. I think the parallels between both situations are striking
Back to top
Reply
Replies (2)
OptionsTop
Replies (2)

on 9/8/21 at 12:43 pm to Bottom9
At least Arsenal’s manager didn’t try to start a fight at a fishing camp irlolmfao
Back to top
Reply
Replies (0)
OptionsTop
Replies (0)

quote:
For all you LSU fans and Arsenal fans, may God have mercy on our souls. I think the parallels between both situations are striking

Add in the USMNT and it’s been a crappy last few weeks for my teams. And I’m not sure the Saints will be much better.
Back to top
Reply
Replies (1)
OptionsTop
Replies (1)

Mohamed Elneny (hamstring) is aiming to be back in full training in 2-3 weeks.

Granit Xhaka is serving the first of a three-match suspension.

on 9/9/21 at 9:01 am to different arse
Nice. Should be no more excuses by the next international break.

I'm so happy to have Gabriel back. He should play every fricking minute the rest of the season. I don't care if he has a mistake here and there. He needs to play and play and play. Never want to see Mari ever again
Back to top
Reply
Replies (1)
OptionsTop
Replies (1)

on 9/9/21 at 12:24 pm to Bottom9
Gabriel and Ben White need to start every game. Let them figure out playing together because they are by far better than Holding and Mari.

Ramsdale should also get a look IMO, make Leno sweat a little. Might be good for him.
Back to top
Reply
Replies (1)
OptionsTop
Replies (1)