"Trump will do to Muslims what Hitler did to the jews"

quote:
Letters threatening that President-elect Donald Trump will do to Muslims what Adolf Hitler “did to the Jews” were sent to three California mosques last week, according to the Council on Islamic-American Relations, or CAIR.

The handwritten letter, which referred to Muslims as “children of Satan,” was mailed to Islamic centers in San Jose in Northern California and Long Beach and Pomona in Southern California. It called Trump the “new sherriff [sic] in town” who will “cleanse America and make it shine again” by eradicating the country’s Muslim population.

“You Muslims are a vile and filthy people. Your mothers are whores and your fathers are dogs,” the letter states. “You are evil. You worship the devil. But, your day of reckoning has arrived.”

The letter went on to say that Muslims “would be wise to pack your bags and get out of Dodge.”

on 11/27/16 at 1:51 pm to goldennugget
All these false flags sound exactly made up, like what someone would think what a racist would say.
Back to top
Reply
Replies (0)
OptionsTop
Replies (0)

Posted by Contra on 11/27/16 at 1:52 pm to goldennugget
Another hoax waiting to be exposed. Yawn.......... Get some new material you mentally unstable leftists.
Back to top
Reply
Replies (0)
OptionsTop
Replies (0)

quote:
I fail to see the problem

Islam is a blight on humanity.
Back to top
Reply
Replies (2)
OptionsTop
Replies (2)

on 11/27/16 at 2:33 pm to goldennugget
The trump/hitler comparisons are ridiculous. Trump has the clutch gene and Hitler never did.
Back to top
Reply
Replies (0)
OptionsTop
Replies (0)

quote:
I wish he would, they need to learn to concentrate


Maybe they could concentrate better in camp?? *nod, nod...wink*
Back to top
Reply
Replies (0)
OptionsTop
Replies (0)

quote:
He is literally Hitler. Lol 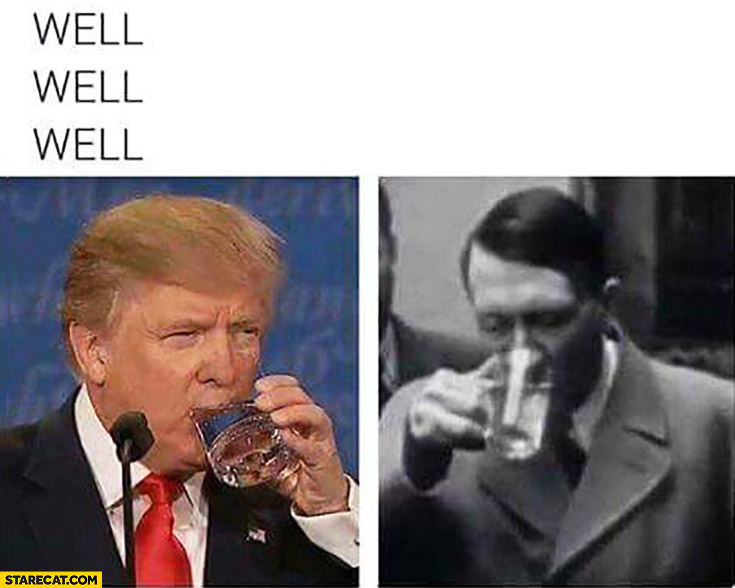 quote:
“You Muslims are a vile and filthy people. Your mothers are whores and your fathers are dogs,” the letter states. “You are evil. You worship the devil. But, your day of reckoning has arrived.”

Replace the word "Muslim" with the word "Trump voter" and you would have an editorial in the NYT.
Back to top
Reply
Replies (0)
OptionsTop
Replies (0)

Posted by mizzoubuckeyeiowa on 11/27/16 at 5:17 pm to goldennugget
I forget who said it but some politician said 100 years ago it was scary the newspapers could just print anything as news and nobody would be the wiser.

Nothing has changed; they can write anything and put anything on TV as reality and then its a big uphill battle to prove it's B.S. - but by that time, everyone believes it, it's quickly fact because everyone then moves on to something else.

It's easy throw out fake stories to plant the seed in the public's mind and then move on to another seed.

Movie Network tried to warn us.

This stuff will be non-stop - everyday another small crazy story.