Page 10 of 10
Posted by
Message
Kafka


re: Sweet Soul MusicPosted by Kafka

A white boy from Greenville, Mississippi. Supposedly Booker T. & The MGs (at least some of them) are backing here.

Have you already posted this in here? Was listening to lee Moses earlier today, and this track is such a banger.
Back to top
Reply
Replies (1)
OptionsTop
Replies (1)

Have you already posted this in here?

Yes on the previous page, but...

quote:
this track is such a banger

One of the greatest vocals I've ever heard

quote:
An upcoming documentary aims to highlight Atlanta soul musician Lee Moses for a new era. The documentary, "Time and Place," focuses on Moses' life and the soul scene in Atlanta during the 1970s. The documentary takes its name from Moses' solo album. The album has become a staple of Southern soul despite not finding commercial success when it was released.

on 10/21/20 at 11:41 pm to Kafka
Damn, would really like to watch that documentary but it looks like it still isn’t available.
Back to top
Reply
Replies (0)
OptionsTop
Replies (0) 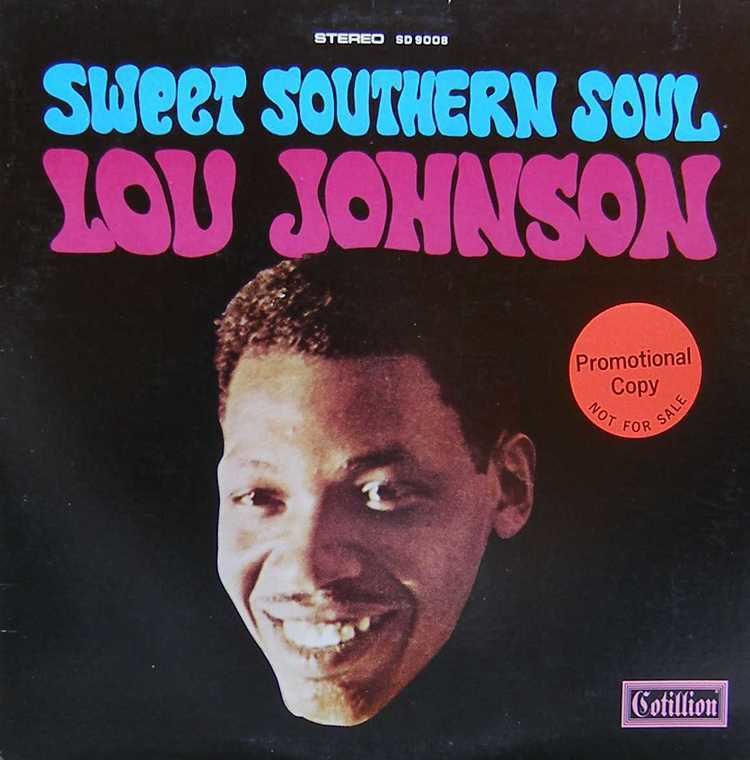 quote:
In 1962, Johnson signed as a solo singer with Bigtop Records, run by the Hill & Range music publishing company in the Brill Building. There, he met the songwriting team of Burt Bacharach and Hal David, who wrote Johnson's first single, "If I Never Get to Love You". Neither that song nor his second record, "You Better Let Him Go", were hits, but his third single, "Reach Out for Me", also written by Bacharach and David and this time produced by Bacharach, reached No. 74 on the Billboard Hot 100 in late 1963. However, as it rose up the charts, the record company collapsed so limiting the record's success. "Magic Potion" - the B side of "Reach Out For Me" was also written by Bacharach and David and became popular on the UK's Northern Soul scene, first being played at Manchester's Twisted Wheel club in the late 1960s.

Johnson signed to its successor label, Big Hill, and continued to record Bacharach and David songs. In 1964, his original version of "(There's) Always Something There to Remind Me", with backing vocals by Doris Troy, Dee Dee Warwick, and Cissy Houston, reached No. 49 in the US charts. In the United Kingdom, a cover version by English singer Sandie Shaw rose to number one on the British singles chart.

Johnson also recorded the original versions of several other Bacharach and David songs that later proved to be bigger hits for other musicians. "Reach Out for Me", "Message to Michael (Kentucky Bluebird)" (originally "A Message to Martha"), and "(There's) Always Something There to Remind Me" were all American hits, also produced by Bacharach and David, for Dionne Warwick.

"Always Something There To Remind Me"/"Kentucky Bluebird" aka "A Message to Martha" (1964) -- The original versions, from American Bandstand. The smoother Dionne Warwick would later have hits with both ("A Message To Michael")

"Walk On By" -- a soulful remake of Dionne's hit, produced by Allan Toussaint
Back to top
Reply
Replies (1)
OptionsTop
Replies (1)

on 11/21/20 at 8:22 am to Kafka
Snooks Eaglin doing a soulful hypnotic rendition of Rascals Groovin

Latest LSU News »
Poll: What Will Be The Outcome Of The LSU-Texas A&M Game?
Can the Tigers pull off the upset?
Official: LSU vs. Alabama Set For Primetime Kickoff On Saturday, Dec. 5
Report: LSU Expected To Host Alabama Next Saturday
Highlights From LSU's 94-81 Season Opening Win Over SIU-E
Photo: Mike The Tiger Gets His Texas A&M Game Meal
Sports Lite »
Watch Dan Mullen Light Up His Defensive Coordinator Todd Grantham Today
Not happy.
Nick Saban Says This Is The 1 Area Where He’ll Be Missed Most Today
Tom Herman Won't Be Happy About Sam Ehlinger’s Answer To Question About Him
Vanderbilt Soccer Player Sarah Fuller To Kick For Team Today, Here's Her In Uniform
Listen To Head Coach Scott Frost Go Off On Ref On Nebraska Sideline
Latest SEC Headlines »
SEC Kickoff Times, TV Networks Announced For Thanksgiving Weekend
On November 28.
SEC Announces Football Scheduling Flexibility
Four SEC Games Have Been Postponed This Weekend
Updated College Football Rankings - Week 11
The LSU-Florida Game Has Officially Been Postponed
Popular
Danny Kanell Called This SEC Team’s CFB Playoff Ranking An 'Absolute Joke'
All fired up.
Nick Saban’s Daughter Joked About Who’s Coaching Alabama In Saturday's Iron Bowl
Golfer Paige Spiranac Has Taken Her Game Inside For The Winter
Poll: What Will Be The Outcome Of The LSU-Texas A&M Game?
LSU Hoops Opens The Season With 94-81 Win Over SIU-E
Back to top