But I wanted it. 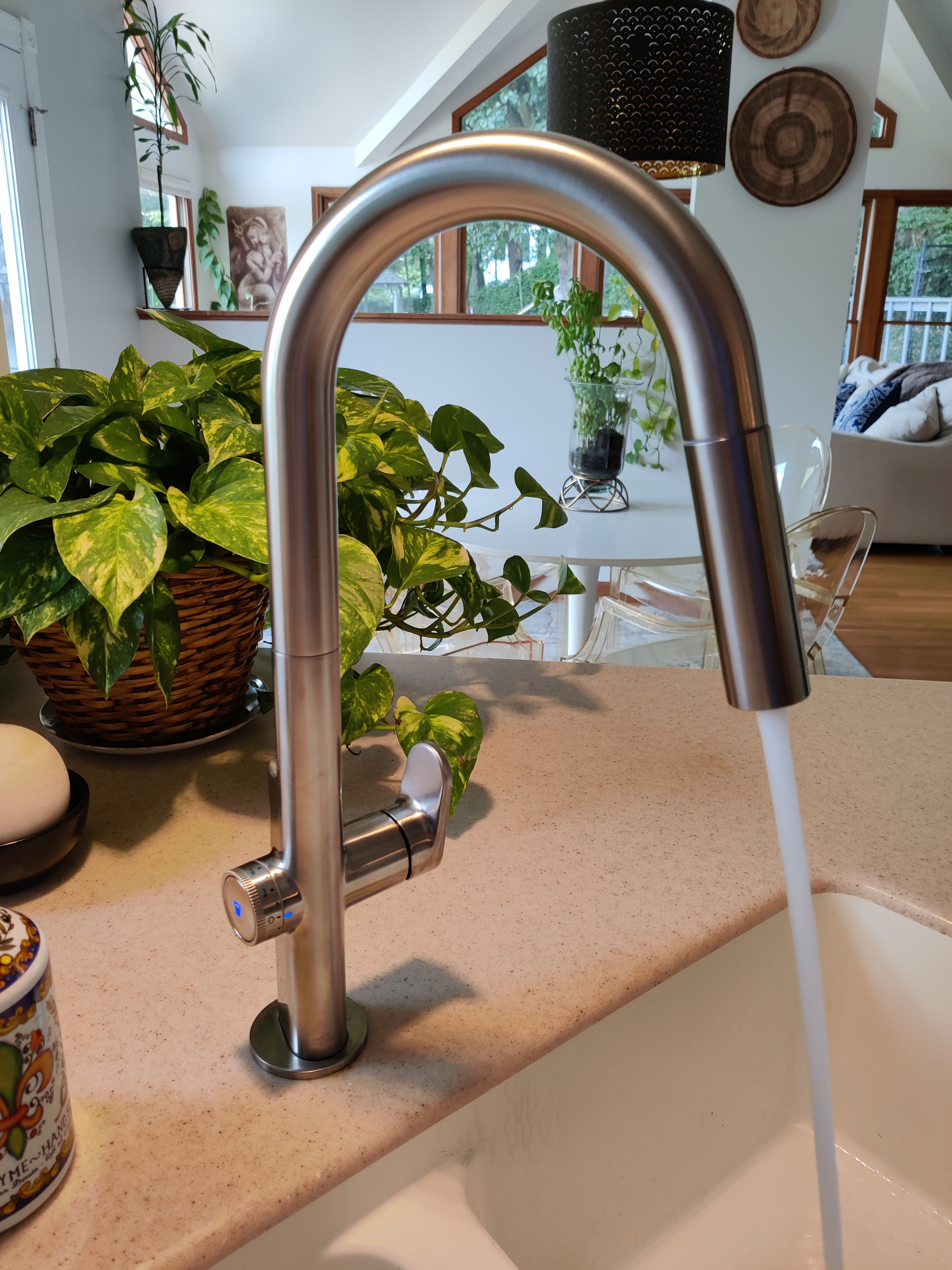 So having replaced my refrigerator that had a measured pour option built-in 10 years ago I've really missed this feature. Wife wins the fridge war - I gave up tech so she could have the style she wanted.

So a year or so I discovered manufacturers are now building a similar feature into faucets so...why not?

Very cool, you just set the dial to how much you want (4oz all the way to 64oz) and then touch the blue icon and you get exactly that amount of water.

I found an outlet on eBay selling these for a fraction of what Amazon wants ($199 vs $600!) and lo and behold, it had an issue during installation.

Called American Standard and described the problem and they immediately overnighted a brand new one to me.

Talk about your customer service!

So install of the new unit went fairly well, just plugging in an extra 'control box' and battery pack which mounts to the inside of the cabinet with industrial strength double sided tape.

But the damn thing didn't work. The little light wouldn't turn off. I unplugged everything and plugged it back in, re-seated the batteries, etc. etc.

Frustrated I just started using it as a regular faucet but i happened to be wiping it with a paper towel and..voila the touch sensor worked.

So i tried it a few more times..paper towel works, finger does not.

Long story short, it turns out you need to power the faucet in a fairly dark room for it to calibrate properly. AS needs to add this to the documentation. So I draped a towel over it, unplugged/plugged batteries in and there you go. Works perfect now.

Here is the inside of my cabinet. Yes, I know I need to cut the PVC pipe to fix the strain on the drain pipe. I installed that external outlet box as well when I swapped the disposal a couple weeks back. The control box is hidden behind the PVC pipe and the battery pack is upper left. Its attached via velcro so super easy to take it out when you need to swap batteries. Supposedly the batteries will last a year.

I also need to clean up the rest of the install underneath. 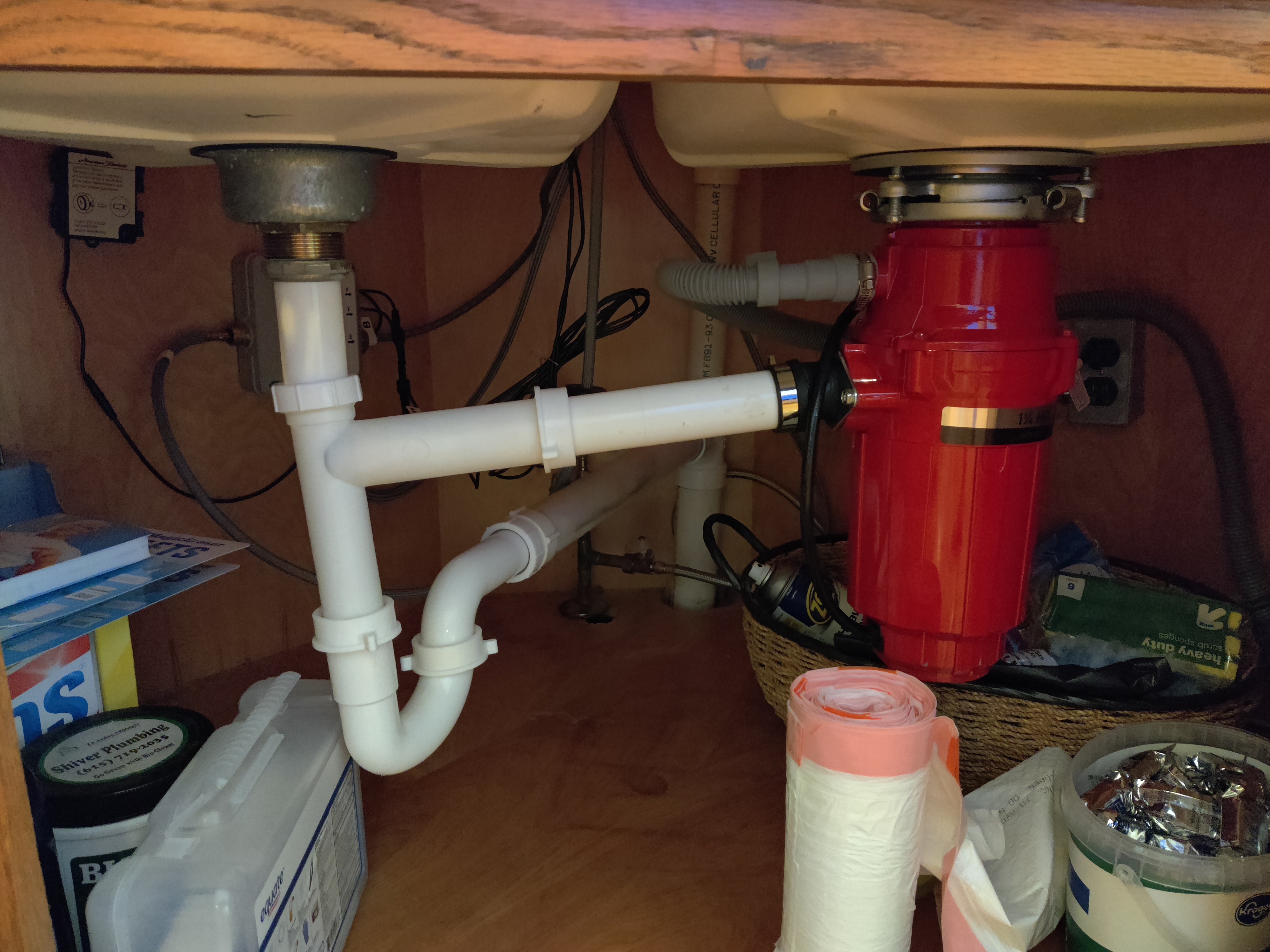 so moving on.... this did make me think that a faucet for a bath tub where you digitally set a temp and it fills the bath to that temp. I know you will have heat loss due to tub etc., but how efficient would it be to just set 100 degrees on the faucet and come back to a 98 degree bath.

yes i take baths sometimes...while pounding beers. or a cocktail.
This post was edited on 9/14 at 9:17 am
Back to top
Reply
Replies (0)
OptionsTop
Replies (0)