re: MTV The Challenge: Total MadnessPosted by Tiger Voodoo

quote:
He allowed Nelson to start in a squat position with Nelson's head in his chest and the bar already leveraged in. Like in arm wrestling letting someone start off with their wrist curled and already pulled in towards themself.

I'm surprised TJ and producers let it slide to start with.

Yeah I was shocked that was allowed. And no one shouted to Bear to tell him to reposition himself.

Nelson’s head was already between Bear and the bar before they started. He literally just had to tuck and fall to the ground and his whole body was blocking Bear from the bar.

re: MTV The Challenge: Total MadnessPosted by Tiger Voodoo

quote:
Roided out nut job CT would have destroyed him, if nothing else on psycho rage alone.

Early Evan would have had a good chance as well. Landon was also strong as iron. Early Thor Zach would have stood a chance, too.but probably have lost.

Yeah CT would be an even match and Evan would have a shot. I think Landon was way too small though. Maybe Alton because he was supposedly some great climber and was bigger than Landon.


But it’s like Jordan said, and he obviously isn’t one to give out compliments easily, Fessy isn’t just big and strong. He’s fast and knows how to leverage his body weight to his advantage. He’s a skilled athlete and obviously his arms and hands are extremely strong being a successful D1 TE.


It will be interesting seeing how they try to get him out, because he will be trouble in the final for sure. Maybe put him against against “Swaggy” to try to take one of them out. But obviously they won’t be throwing him in if it’s their turn to get a skull.
Back to top
Reply
Replies (1)
OptionsTop
Replies (1)

on 5/23/20 at 1:34 pm to Tiger Voodoo
Fessy would have been beatable for sure at the first two eliminations that Jay won. He's just going to be tough to beat in anything really physical.
Back to top
Reply
Replies (0)
OptionsTop
Replies (0)

re: MTV The Challenge: Total MadnessPosted by MONROE

quote:
no clue WTF Bananas and Wes were doing by sending Bear in. That made no fricking clue.

Either one of them could have gotten a skull easily vs. Nelson. What are they waiting for? A shot at Josh or Swaggy?
Back to top
Reply
Replies (2)
OptionsTop
Replies (2)

re: MTV The Challenge: Total MadnessPosted by MONROE

quote:
But since then, she's had way too many long nights of whiskey and cigarettes

Actually she has been living a pretty clean lifestyle. She eats well and works out often. The wife follows her on sm and she thinks Floribama Mattie is a far stretch from every day Mattie. I just hope that she gives Jenny a run for her money because outside of Dee, I don’t see any other female doing it.
Back to top
Reply
Replies (0)
OptionsTop
Replies (0)

Either one of them could have gotten a skull easily vs. Nelson.

Not in the pole game, though. Nelson is physically stronger than both John and Wes and I don't think it's close. He's also probably 10 years younger than both of them.

Like I said before, Nelson is easily one of the absolute dumbest contestants ever on the challenge, I sometimes honestly think he's borderline mentally retarded, like one step above Forrest Gump. Even his eyes are just glazed over in stupidity at times, but he's obviously one of the more physically gifted competitors to make it as far as he does each series he's on.
Back to top
Reply
Replies (0)
OptionsTop
Replies (0)

quote:
Either one of them could have gotten a skull easily vs. Nelson. What are they waiting for? A shot at Josh or Swaggy?

I’m guessing at this point, they are trying to wait to minimize the times they would potentially have to go in...assuming they win the first time. Getting Jordan out was the right move, I just hated to see it go down that way. Fessy is a physical beast (6’5/ 250) and probably just punched his ticket to the final. There is no way Nelson and Rogan don’t end up going back in.
Back to top
Reply
Replies (1)
OptionsTop
Replies (1)

on 5/23/20 at 6:32 pm to ugastreaker
I wonder why Derrick is never on these challenges anymore he's younger than Bananas and only a year older than Wes. He's easily one of my favorites from the show. He always gave it 100% in every challenge. He's gotta be in better shape than Aneesa is.
Back to top
Reply
Replies (1)
OptionsTop
Replies (1)

re: MTV The Challenge: Total MadnessPosted by SPEEDY

on 5/24/20 at 7:56 pm to LSUBoo
That elimination with Joss when Derrick was a mercenary was amazing. He also had a good one against young Wes on the Duel. Back then they did pole wrestle on their knees, if I remember correctly.
Back to top
Reply
Replies (1)
OptionsTop
Replies (1)

on 5/24/20 at 8:55 pm to TotesMcGotes
A little off topic but I was flipping through the channels and landed on food networks worst cooks in America and Johnny Bananas is a contestant on it LOL, can't knock his hustle.
Back to top
Reply
Replies (0)
OptionsTop
Replies (0)

re: MTV The Challenge: Total MadnessPosted by Tiger Voodoo 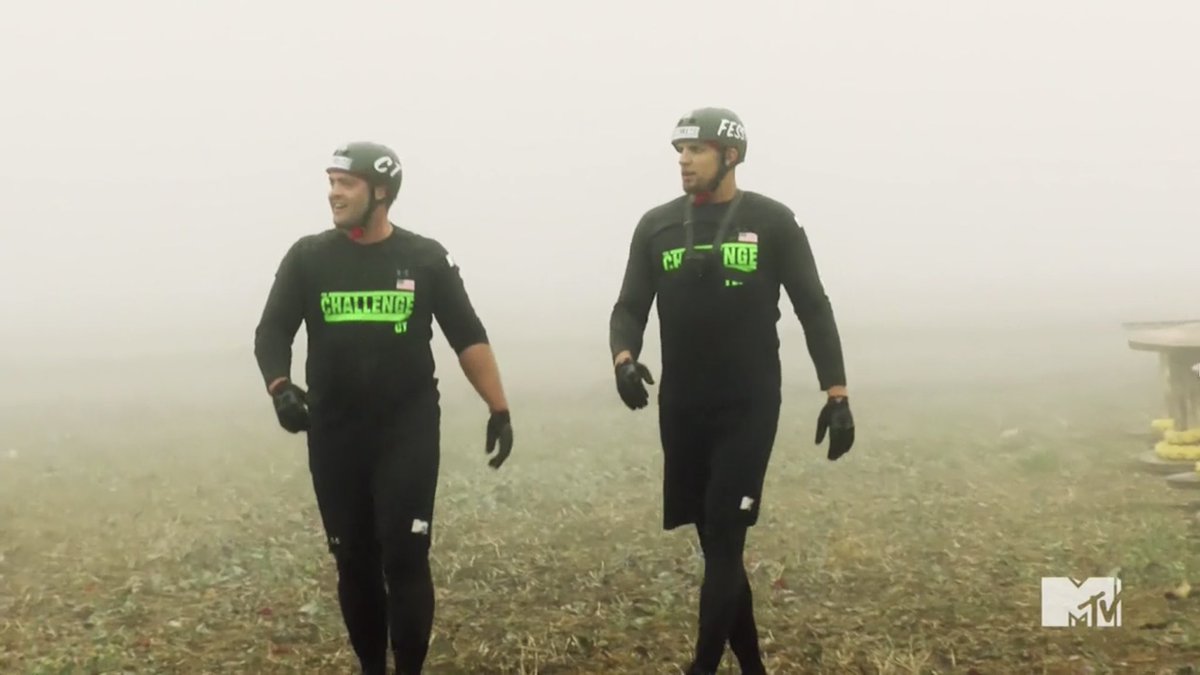 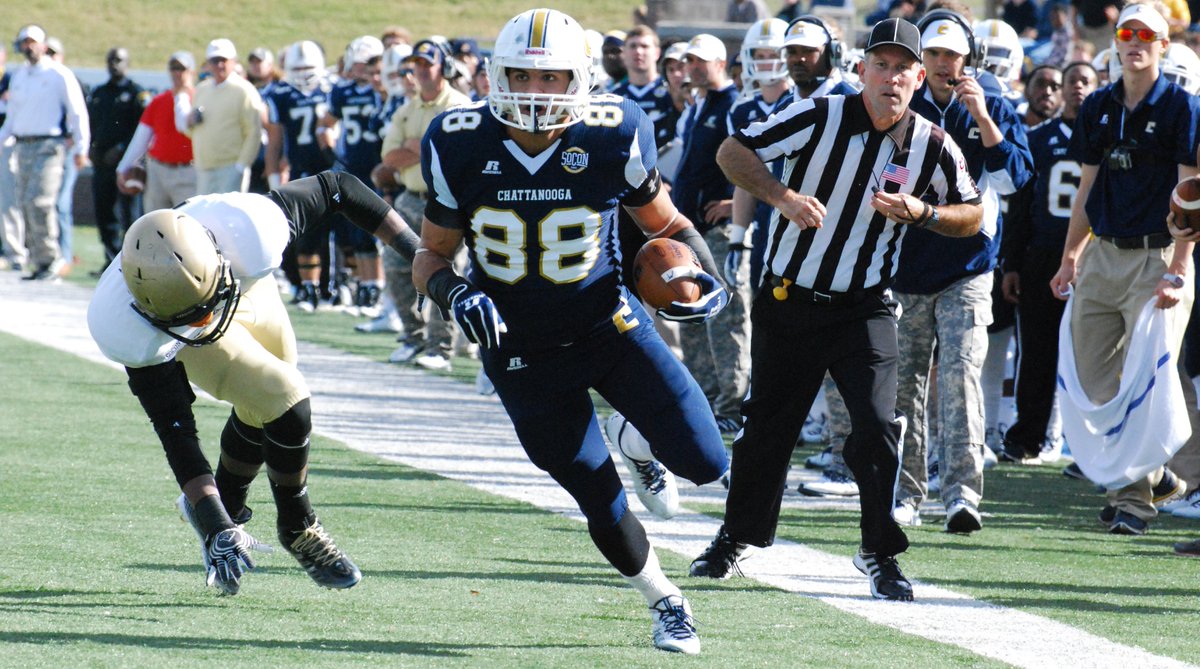 on 5/27/20 at 11:17 pm to CocomoLSU
So I assume Kaycee is going in since she’s getting some early screen time this episode.

Of course now Dee wants to throw in Jenny. And that’s her #1? Get the frick out of here. She’s such a fricking idiot. If she didn’t want Jenny to get the final then she shouldn’t have been a giant pussy and gifted Jenny a red skull earlier in the game. God I hate that bitch.

Melissa is falling out of that shirt and bra. Good Lord.

She looks way different this season for some reason. Maybe she gained weight?

Of course we get more Jenna and Zach bull shite. And she wants to go home. Either go home or stay, but I’m tired of this crap.

Nany, don’t say that Kaycee is “so courageous” for nominating herself because most rookies try to avoid eliminations. This season you have to win one to run the final so it’s apples to oranges. If it was a regular season she wouldn’t be volunteering to go in at all.

I feel like people on this show epitomize why the world hates America. They’re in some foreign country in a local bar and all they can do is not hold their alcohol and get in fights every time.

Josh is one of the saddest dudes ever on the challenge. Oh no, Swaggy now has the worst dude in the house as his enemy. Whatever will he do and how will be survive?

Jenna: “I don’t know what else I can do to prove to people that I want to be here...”
Well, you could maybe stop talking nonstop all day every day about wanting to leave and go home.

I don’t know how heavy those bombs are but this seems like a super easy elimination.

I don’t know why they aren’t on their knees throwing these bombs out instead of bending over and doing it.

Jenna looked like she was killing it. So I was kinda surprised Aneesa pulled it out.

I hope late in the season Dee tries to make a move on Jenny and Jenny ends up volunteering herself in and eliminating Dee so she can’t run the final.
Back to top
Reply
Replies (2)
OptionsTop
Replies (2)

on 5/27/20 at 11:55 pm to CocomoLSU
This was a pretty good episode to me.
Reaffirmed Josh is the complete bitch we all know he is. What kind of guy throws a drink in another guys face?
Kaycee is a beast. If you aren’t a BB fan, she plays pro women’s football and is a comp beast and should be a legit threat.
Chris is a clown. Claims D1 basketball but literally played 2 minutes and had 2 turnovers. Weak attempt at being a bad ass. And who panics hitting water like that?
Dee is a snake and she will be exposed soon.
Rogan leaks his vag pieces info.
Kayleigh is overrated and got embarrassed.
Annessa is a squirrel...and can find a nut every now and again.
Jenn could’ve been a threat to win a million but can’t stay out of her own way and stop complaining.
Nanny looks like trash....like real trash.

on 5/28/20 at 12:39 am to ugastreaker
Seriously, how can someone not swim with an f-ing life jacket on??? If you can't not flail like an idiot in the water even WITH a life jacket... Then don't come on the show.

I thought dude was like 6'4" ish by how he towers over everyone. Wes and Johnust seriously be like 5'8" tops.

This really makes me rethink how big CT actually is. I used to think he was about 6'3", but he is probably really only about 6'1" and, in his prime, probably about 230.

on 5/28/20 at 1:00 am to Jack Ruby
So Nany "Wanted power" and yet all of her friends ended up in the elimination and went home. Nice going. She's terrible at this game.

And then she said it's better for her game that Jenna go in. What? How? They're your alliance and voting bloc!

And anyone who didn't think Kaycee was going to be a great competitor is nuts, but I'd dint think she's wipe the floor with Kailah.. Who is not a pushover.

It's obvious that Kaycee's in tremendous shape and athletic as hell. She's a lesbian and has probably been playing sports her whole life at a high level and probably works out like a man.

Top girl is obviously Jenny, but Kaycee is right below her. I'd take her over Dee any day because she's not a lunatic and can probably swim and run better.

Mattie is a huge contender but she doesn't seem to have that killer instinct and I still don't know if she can finish a final. I bet Kaycee could run all day. Mattie probably would have crushed Ameesa. I still don't know how she won. She's got to be 200+ lbs now.
This post was edited on 5/28 at 1:03 am
Back to top
Reply
Replies (0)
OptionsTop
Replies (0)

re: MTV The Challenge: Total MadnessPosted by TigerCub