2
Thinking of spending some of Mardi Gras week (Tu-Fri) in St. Simons or Jekyll island. What are some highlights, restaurants, etc. to not miss. Thanks.
Back to top
Reply
Replies (3)
OptionsTop
Replies (3)

quote:
Thinking of spending some of Mardi Gras week (Tu-Fri) in St. Simons or Jekyll island. What are some highlights, restaurants, etc. to not miss.


We went to St. Simons and Jekyll in January 2020; just before COVID hit.
Jekyll is a small island; you could probably drive around it in 30 minutes. We stayed at the Hampton Inn a few miles south of the main hotel/restaurant area - which isn't very big. 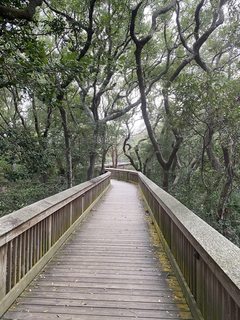 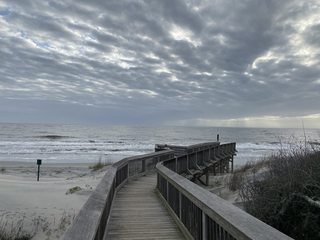 [/url][/img]
The Hampton had a board walk through the treetops, over the sand dune to the beach.

On the north end of the island is a pier. From there people like to walk along the beach to where the driftwood is. There is a horse stable if you want to ride and there are hiking trails and some historical houses from the late 1800s.

We ate at Zachary's Riverhouse on the recommendation of the hotel clerk. We just had fried seafood but it was good food.

St. Simon's is larger. It's only about 20 or 30 minutes from Jekyll. There is a downtown area with a number of restaurants and also many restaurants in other areas. We planned to eat at Southern Soul BBQ but they were on vacation. We ate at Iguanas Seafood Rest. and Palmers Village Cafe for breakfast. I'd go back to both. 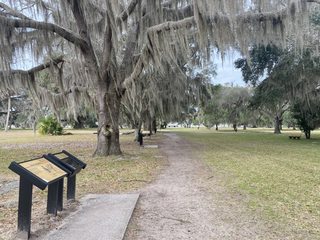 [/url][/img]
Fort Frederica National Monument is worth walking around. There is not much there now but it is a settlement from before the Revolutionary War. Even though it was January it was a nice day.

Sea Island is on the north end but I have not been there but have heard it is worth a visit.
Back to top
Reply
Replies (0)
OptionsTop
Replies (0)

quote:
What are some highlights

on 1/7/22 at 2:54 pm to contraryman
Jekyll resident here.
Cant go wrong with Zachary's Riverhouse, Tribizos Grill at the golf course, Sunrise Grill and Wee Pub in the Beach Village.

Take a tour of the Historic Distric.