quote:
Don't think this is allowed. Pretty sure he was confirmed this month.


Yep, invalid. He was announced on Sept 1...we started the draft on Aug 25. Only players that were announced prior to the start are eligible to be added at this time (with the exceptions of Thiago Silva and Timo Werner per Vick). All other players will be fair game during and after the supplemental draft.
This post was edited on 9/11 at 10:30 am
Back to top
Reply
Replies (2)
OptionsTop
Replies (2) 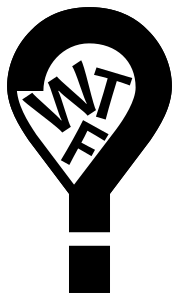 quote:
Oh I'm an idiot... I just saw him on the list and didn't bother checking the date he was added


No worries, it really is an imperfect system, but the communal policing of it seems to work.
Back to top
Reply
Replies (1)
OptionsTop
Replies (1)

Cool, I wanted to run out a 3-3-2 formation anyway.
Back to top
Reply
Replies (3)
OptionsTop
Replies (3)

on 9/11/20 at 3:59 pm to Vicks Kennel Club
So question... am I able to switch a defender like Smalling for a forward like Rodrigo in this transfer window trade switcheroo timeline.
Back to top
Reply
Replies (1)
OptionsTop
Replies (1)

to Everyone
Advertisement
Back to top
jackwoods4

As far as Rodrigo, you can't add him because he wasn't in the Premier League until after the draft started. Once the transfer window is closed, all the guys who transferred in after the draft started (except Havertz and Silva because we knew they were done deals), will be eligible for the supplemental draft.

At that point we look and see if anyone lost a top five round pick to a team outside of England. If so, that person moves to the top of the supplemental draft. Other than that, it's reverse draft order, so it would be wait, tigerfan, you, etc. Since you're likely picking third, you'll probably get an awesome player (Rodrigo, James, Mendy, Sancho, etc). For the first supplemental draft, you don't drop anyone, and your roster size increases to 16 players. After the draft is over, anyone who doesn't get picked is fair game to be picked up during the normal weekly transfer windows.

Having the player pool lock after the draft is really the only fair thing to do. Otherwise, Messi might've gotten announced to City and whoever was next to pick just randomly gets Messi in the 11th round or whatever.
This post was edited on 9/11 at 4:19 pm
Back to top
Reply
Replies (2)
OptionsTop
Replies (2)

on 9/11/20 at 4:21 pm to jackwoods4
Also, I don't know if anybody told you, but on the FPL site, you can add players to your watchlist and quickly check your scores for the week. You could also just make your team there your same team here, but if you want to actually compete on the FPL site, you can't really hope to do that with our teams through our draft because they're much weaker than the free for all teams.
Back to top
Reply
Replies (1)
OptionsTop
Replies (1)

@macintosh, feel free to ask anything else, and I’m pretty sure the league rules in the OP cover any scenario in the future.
Back to top
Reply
Replies (0)
OptionsTop
Replies (0)

on 9/12/20 at 12:29 pm to DB10_AFC
Alright I found it thanks! For whatever reason the watchlist button isn’t there on the app. Had to go to desktop
Back to top
Reply
Replies (1)
OptionsTop
Replies (1)

Left 14 points on the bench in James

Latest LSU News »
We Need To Get Shareef O'Neal A Bigger Shower...
The 6-9 forward needs more space.
Photo: New LSU Billboards Pose A Simple Question For Tiger Fans
Damone Clark On The Aggressiveness Under Bo Pelini "Our Mentality Is Hit Or Be Hit"
Myles Brennan On Following Joe Burrow: "It's My Turn To Do My Thing & Write My Own Story"
Coach O Praises Freshman WR Kayshon Boutte, "He's A Home Run Hitter"
Sports Lite »
Peyton Manning Took An Awesome Jab At The Patriots Last Night
He needs a booth job.
Lindsey Vonn's Dogs Looking Rough After Being Attacked By Porcupine
How Frickin' Happy Was Jon Gruden Leading His Team's Locker Room Celebration Dance/Drill
Charles Barkley & Peyton Manning Talking Auburn/Tennessee Trash On MNF Was Great
This Reds Ball Boy Had A Rough Night, But Got A Free Dinner Out Of It
Latest SEC Headlines »
Updated College Football Rankings - Week 4 (Sept. 20)
SEC Football Game Week is here.
SEC Releases Early Schedule For CBS Games This Fall
Seven SEC Teams Ranked In The Preseason AP Top 25
The 2020 Preseason Coaches Poll Has Been Released
SEC Announces New Preseason Football Practice Schedule
Popular
Video: LSU AgCenter Shows Off The New Field At Tiger Stadium
Ready for action.
This Punter's Fake Was So Good The Opposing Coaches Were Complimenting Him
Mississippi State Coach Mike Leach Names Starting QB For Week 1 vs. LSU
Watch: Former LSU Stars Were Putting On A Show In The NFL This Sunday
One College Football Program’s Season Is Already Over After 3 Games
Back to top