0
I'm interested in his life, especially how Gallipoly seemed to define his later political career. Any recomendations on a good biography that's not too dry.
Back to top
Reply
Replies (4)
OptionsTop
Replies (4)

on 1/4/21 at 1:43 pm to bengalbait
William Manchester's first two volumes of The Last Lion are good, if you want something very thorough and long. Definitely not dry - Manchester was a great writer, but you have to like his style, and be ready for some vocab lessons. He also covers a lot of British history and episodes/characters you might think are tangential to Churchill. But an entertaining writer.

Manchester died before finishing the third volume.
Another writer took it over for him, and that book was not as well reviewed.

I've only read the first two volumes of The Last Lion. These are others I'm interested in:

Roy Jenkins' biography might be worth reading. Jenkins was a former member of Parliament and held some of the same positions as Churchill. So he would have good insight into British politics & Churchill's perspective etc.

Martin Gilbert was Churchill's official biographer. He's written lots of other history books as well.
This post was edited on 1/4 at 1:56 pm
Back to top
Reply
Replies (0)
OptionsTop
Replies (0)

re: Winston Churchill Biography.Posted by NolaLovingClemsonFan on 1/4/21 at 1:45 pm to bengalbait
I'm about a quarter of the way through Sand & Steel, and it touches on Churchill extensively given his obvious impact on Operation Overlord.

It, of course, won't go as deep on Churchill as a biography, but it gets into all of his WWI experience and details how that affected both his lead-up to and his experiences throughout WWII.
Back to top
Reply
Replies (0)
OptionsTop
Replies (0)

re: Winston Churchill Biography.Posted by Kafka 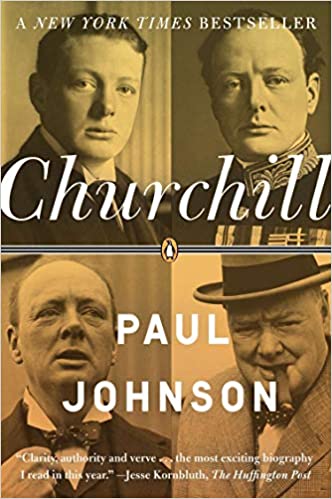 re: Winston Churchill Biography.Posted by Lsujacket66 on 1/5/21 at 7:55 am to Kafka
Walking with Destiny
Back to top
Reply
Replies (0)
OptionsTop
Replies (0)

on 1/6/21 at 7:58 pm to bengalbait
I’m a member of the International Churchill Society. I would affirm the recommendations on this thread of Manchester’s, Robert’s, Jenkins’, and Johnson’s biographies. However, one should also read Churchill’s own accounts of war in the Punjab, the Sudan, South Africa, the Great War, WW2, and his thoughts on communism and socialism. A very good book to read in our current climate is Churchill and Orwell. The very best information of course is his official biography begun by Randolph Churchill, but finished in excellence by Sir Martin Gilbert.
Back to top
Reply
Replies (0)
OptionsTop
Replies (0)