A Land RememberedPosted by Rocco Lampone

0
Just finished this book and really enjoyed it. I often see people asking for a book recommendation for those that liked Lonesome Dove. This would be a great one - just the Florida Cracker version.

I loved the characters and the family’s progression over three generations. Really great story. 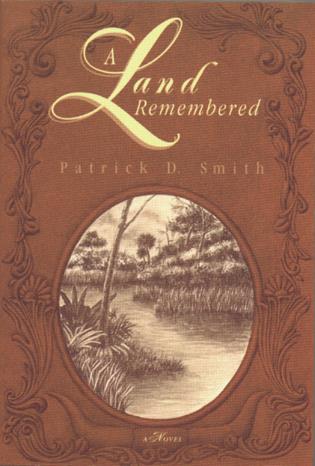 quote:
In this best-selling novel, Patrick Smith tells the story of three generations of the MacIveys, a Florida family who battle the hardships of the frontier to rise from a dirt-poor Cracker life to the wealth and standing of real estate tycoons. The story opens in 1858, when Tobias MacIvey arrives in the Florida wilderness to start a new life with his wife and infant son, and ends two generations later in 1968 with Solomon MacIvey, who realizes that the land has been exploited far beyond human need. The sweeping story that emerges is a rich, rugged Florida history featuring a memorable cast of crusty, indomitable Crackers battling wild animals, rustlers, Confederate deserters, mosquitoes, starvation, hurricanes, and freezes to carve a kingdom out of the swamp. But their most formidable adversary turns out to be greed, including finally their own. Love and tenderness are here too: the hopes and passions of each new generation, friendships with the persecuted blacks and Indians, and respect for the land and its wildlife.

re: A Land RememberedPosted by Rocco Lampone

quote:
s book based on a true story?

No - it’s a historical fiction based on a fictional family - MacIvey. But the stories are based on a blend of people and events that make it seem like a true story. It throws in some really famous Florida family names - Lykes, Tuttle, Flagler.
Back to top
Reply
Replies (1)
OptionsTop
Replies (1)