Travonte Valentine Is Cleared By The NCAA, Waiting On The SEC 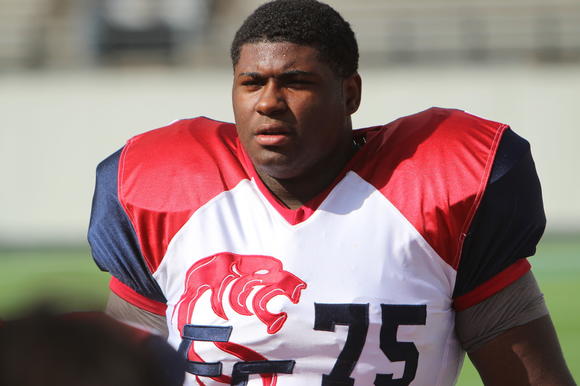 LSU four-star defensive tackle signee Travonte Valentine has been cleared by the NCAA but is still awaiting clearance from the SEC to join the football team.

According to Ross Dellenger with the Advocate, Valentine is set to arrive on campus this weekend to start school on Monday, but those plans could change. Valentine also hinted that he might know what is talking so long with his clearance.

quote:
“I think there’s a few people that don’t want me to play in the SEC,” Valentine said, “and I’m pretty sure who it is, but I’m not going to say.”

Valentine suggested that he was referring to another SEC school.

0
this kid is going to be an absolute stud. can't wait!
Reply•80 months

Former LSU TE Thaddeus Moss Has Been Claimed By The Bengals

Coach O doesn't want to give away too much.

5
LSU-Grambling Baseball Game Postponed Due To Threat To Severe Weather
The Tigers will play again on Thursday.
Former LSU TE Thaddeus Moss Has Been Claimed By The Bengals
Reunited with Joe Burrow.