0
On the return leg of a trip to Winter Park, Co. Wife (no pics) and kids still there thru Friday.

Hit St. Mary's Glacier on Friday on way up from Denver. Cliff jumped into the lake that had water temp in the upper 40's.

Went on a 9.5 mile hike Saturday with some friends who live in Denver. Hiked the North Inlet Trail to Cascade Falls and Big Pool. Jumped in at Big Pool. 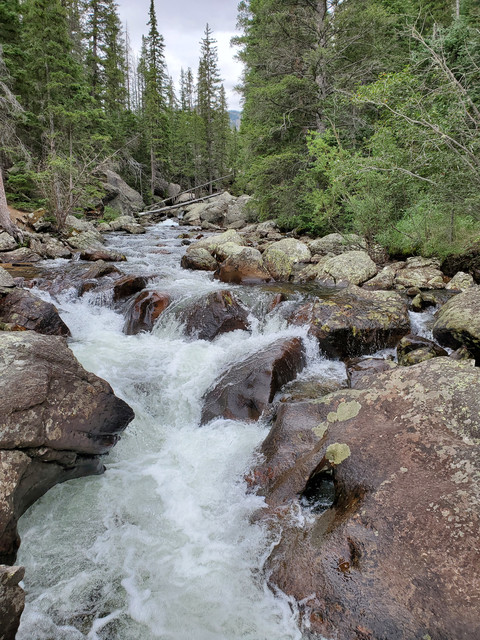 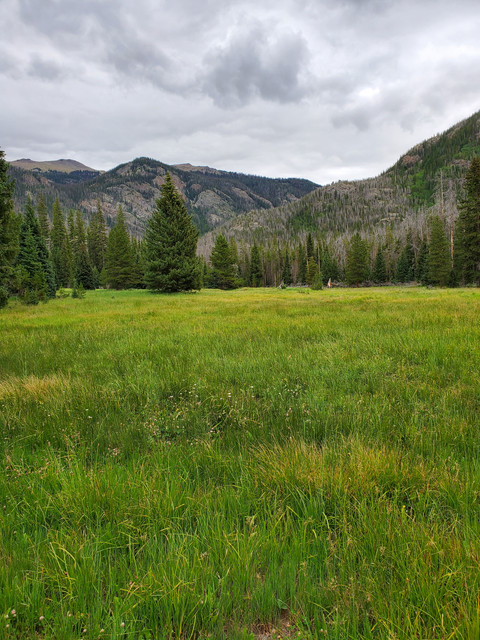 Took my son on Monday for a day of downhill mountain biking at Trestle Bike Park at Winter Park. Lots of nice blue runs with multiple tabletop jumps and some doubles. Hit a couple black runs later in the day with some bigger jumps. 7 hours of riding/lifts with no injuries... 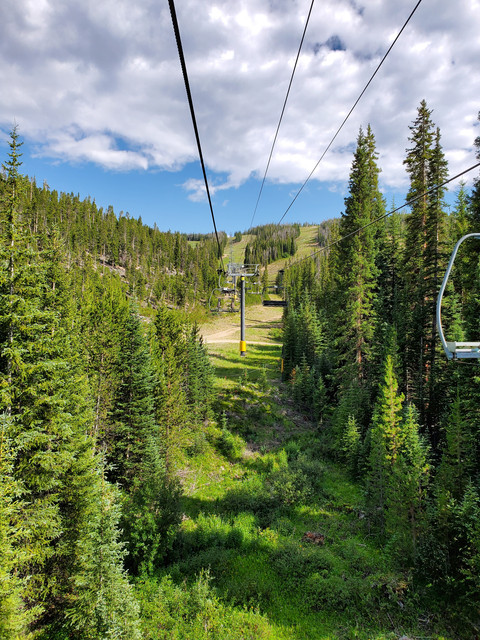 Family did Denver zoo and pics at murals today after dropping me at airport. They are headed to Hot Sulphur Springs and some more hiking next couple of days. Weather was a welcome change from La with highs in 70s and lows in the upper 40s.
Back to top
Reply
Replies (4)
OptionsTop
Replies (4)
Share:

on 7/29/20 at 8:56 am to LSUengr
Sounds like an awesome trip. Being out West in the mountains in the summer is so hard to beat.

I'd like to hear more about your MTB experience.

Do you all MTB regularly when not on vacation?


If not: did you find it comparable to going out for a day of skiing?

If you were on vacation at another place with good trail systems with jumps and features similar to a bike park (but not necessarily lift access), would you consider renting a bike there and riding for a day?

Would you ever go on a pure MTB trip similar to a pure ski trip?


MTB is one of our major hobbies, and we ride constantly. I'm also engaged in promoting MTB in my region (Northwest Arkansas), and we want to get more people who visit the area for other reasons to try out our trails and ride. So, I'm just curious about the experience for people who may not ride constantly.


A lot of our friends were out at Trestle this past weekend for the MTB race. We didn't get to make it as we were just coming back from a trip to the Boundary Waters.
This post was edited on 7/29 at 9:01 am
Back to top
Reply
Replies (1)
OptionsTop
Replies (1)

quote:
Hit St. Mary's Glacier on Friday on way up from Denver. Cliff jumped into the lake that had water temp in the upper 40's.


you look to be well insulated

to Everyone
Advertisement
Back to top
LSUengr

quote:
Do you all MTB regularly when not on vacation?


Short version: We do it a handful of times a year now when we go camping around La. Occasionally ride the local BR trails.
Detailed history: Rode quite a bit in college locally and then got back into it hard around 2007 when I started getting back in shape and doing triathlons. Raced the La mountain bike series as a CAT 2 a couple years around 2011-2012 time frame. Some decent climbing in central/north La and Mississippi that we used to ride more. Have ridden Oak Mountain, Tyler State Park, Pisgah and some other areas with climbing. Haven't ridden consistently in about 6-8 years. Back out of shape as can be seen in my first gif. Other hobbies like high school baseball (son), horse back riding (daughter), hunting, fishing, camping have kind of squeezed out mountain biking.
Further back history: Raced motocross and enduro for 5 years from 1991-1995. So downhill mountain biking comes natural due to that. My son and I were talking about how he couldn't think of one friend at school who would be doing downhill like we were doing. Told him it was because of how comfortable I was doing it and that pushed him to do things outside his comfort zone. This was our 3rd downhill ride session in the last 5 years (2 times at Trestle and 1 at Big Bear Lake).

quote:
did you find it comparable to going out for a day of skiing?


We ski every other year and I would say a day of downhill mountain biking is a little more strenuous in my view then skiing. The leg fatigue is similar, but the beating your arms take from braking bumps/acceleration bumps/rocks on downhill trails makes the biking a little tougher.

quote:
If you were on vacation at another place with good trail systems with jumps and features similar to a bike park (but not necessarily lift access), would you consider renting a bike there and riding for a day?


Yes, with the caveat that I would have to be back in a little better biking shape. Without the lift access, wouldn't have been able to do more than a couple runs. When I rode Oak Mountain, I went there specifically to hit some of the flow sections they had. At that time, I was in the best biking shape of my life so the climbs were fairly easy.

quote:
Would you ever go on a pure MTB trip similar to a pure ski trip?


Yes if I had my own bike equipped to handle the trails. Would want a full suspension (we all have hardtails at home) if I was doing some cross-country with flow sections on the way downhill. Bike rental, lift ticket, etc. ran us $410 for one day for us 2. Wouldn't want to do that for multiple days unless there was some discount for a multi-day trip.

Lots of people were around town with bikes, but we didn't know if it was just an average weekend or if something was going on. That makes sense. We rode on Monday specifically to avoid any weekend crowds. We never waited more than 3 minutes at either lift.

Edit: corrected misspelling
This post was edited on 7/29 at 4:49 pm
Back to top
Reply
Replies (1)
OptionsTop
Replies (1)


should have seen me 6 weeks ago when I was 10 lbs heavier. I'm working on getting back to my fighting weight. my son commented that my wave almost washed away the rock we were jumping from

on 7/29/20 at 7:18 pm to Tyga Woods
About 7', I swam out first to make sure. My feet hit the bottom, but lightly. The water at big pool the next was only 4' deep but only jumped from about half as high. Hit pretty hard there.
Back to top
Reply
Replies (0)
OptionsTop
Replies (0)

on 7/29/20 at 10:42 pm to LSUengr
Thanks for all the answers and indulging me! Glad you and your son got to experience it together. It's such a great activity and more and more places are investing in trails. Come check our the Arkansas trails some time. Hot Springs is closer to you and has some awesome stuff, but the real goods are up here in Northwesf Arkansas.
Back to top
Reply
Replies (0)
OptionsTop
Replies (0)