1
Preferably one that doesn’t bitch about “muh Indians” or make him sound like a villain. Baw was probably the second best president we had: saved us from Britain pt 2, shut down the banks (why he’s painted as a controversial historical figure), and survived a shite ton of gunshots.

re: Best book on Andrew Jackson?Posted by whiskey over ice

on 2/3/21 at 3:26 pm to Bout_Dat_Lyfe
Several books by Robert Remini on Jackson, Battle of New Orleans, and the time period in America in general.
Very readable by a legit historian.
Respected and professional historian that would not be welcome in 2021 academia. He doesnt treat Jackson as Satan.
Back to top
Reply
Replies (0)
OptionsTop
Replies (0)

to Everyone
Advertisement
Back to top
Rockbrc

re: Best book on Andrew Jackson?Posted by Kafka

on 2/4/21 at 2:32 pm to Bout_Dat_Lyfe
You may have to look in a library to find it, but Magnificent Destiny by one of my favorite western authors, Paul Wellman 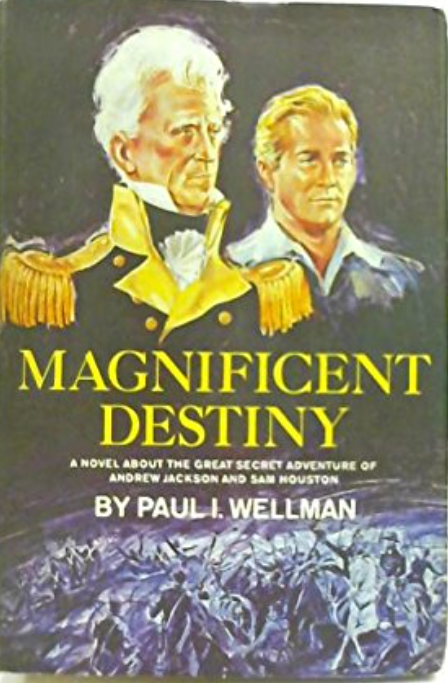 Just checked Amazon. The used hardback is reasonably priced, but the new paperback is $768!!!
Back to top
Reply
Replies (1)
OptionsTop
Replies (1)

on 2/12/21 at 8:10 pm to Bout_Dat_Lyfe
The single volume one by Remini is outstanding if you want to read about his whole life. I believe American Lion focuses more on his presidency. His earlier life was awesome too.
Back to top
Reply
Replies (0)
OptionsTop
Replies (0)

on 3/1/21 at 9:41 am to Bout_Dat_Lyfe
Not just one book but Robert Remini's trilogy is probably still the definitive bio. I read the first two books years back; not sure why I never got to the third.

Checking his Wikipedia, I see that Remini wrote a one-volume abridgement of the three volume set in 1988. The Life of Andrew Jackson if you can find it.
Back to top
Reply
Replies (0)
OptionsTop
Replies (0)