Frank Wilson Is No Longer A Candidate For Troy Job 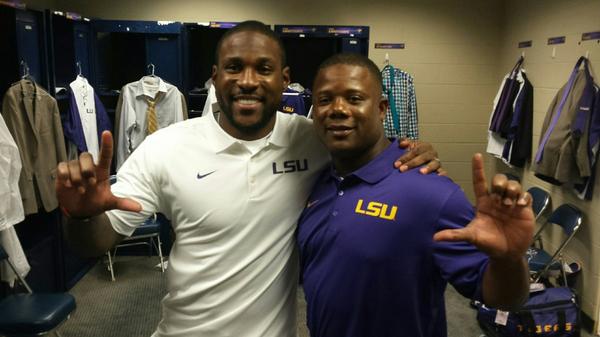 Earlier this week it was reported that LSU running back coach and recruiting coordinator Frank Wilson was a serious candidate for the head coaching job at Troy but FootballScoop.com is now reporting that Kentucky offensive coordinator Neal Brown will be named head coach on Monday.

quote:
Neal Brown plans to accept an offer to become the next head coach at Troy, FootballScoop has learned. Brown replaces Larry Blakeney, who announced his retirement at the conclusion of the season on Oct. 5. Troy and Kentucky concluded their regular seasons on Saturday afternoon.

Sources tell us that Troy will likely announce the hire on Monday.

Brown is in his second year as the offensive coordinator at Kentucky, helping head coach Mark Stoops improve the Wildcats from a 2-10 to 5-7 this season.

0
>>Lsu is the better job, unless you just really want to be a head coach.

This is probably right. Compensation for top assistants at LSU is on par with head coaching money at lesser schools. Wilson's current compensation is probably about the same as Troy's exiting HC.

Often in these situations the coach's wife has plenty to say as well, it's a lifestyle choice.
Reply•82 months

1
it's probably for the best, he'll get a much better job sooner or later
Reply•82 months

0
Lsu is the better job, unless you just really want to be a head coach.
Reply•82 months
Popular Stories

LSU DE Andre Anthony Is Out For The Season

LSU's 2022 Football Schedule Has Been Released

Here's Everything Mike Leach Said About LSU On Monday

LSU vs. Auburn Set For Primetime Kickoff In Tiger Stadium

2
LSU's Left Tackle Spot Is An Open Competition At The Moment, Ed Orgeron Says
Cam Wire is out with an injury.

10
Cade York Lands NIL Deal With Velveeta Which Could Lead To Free Queso For Fans
So cheesy.