0
When I searched the board for Sorcerers, I found three threads mentioning it. One was on someone's list of adventure movies. One was Best/Most powerful instrumental scores in film and one was an answer to Favorite box office bomb?.
I didn't find a thread about the movie. 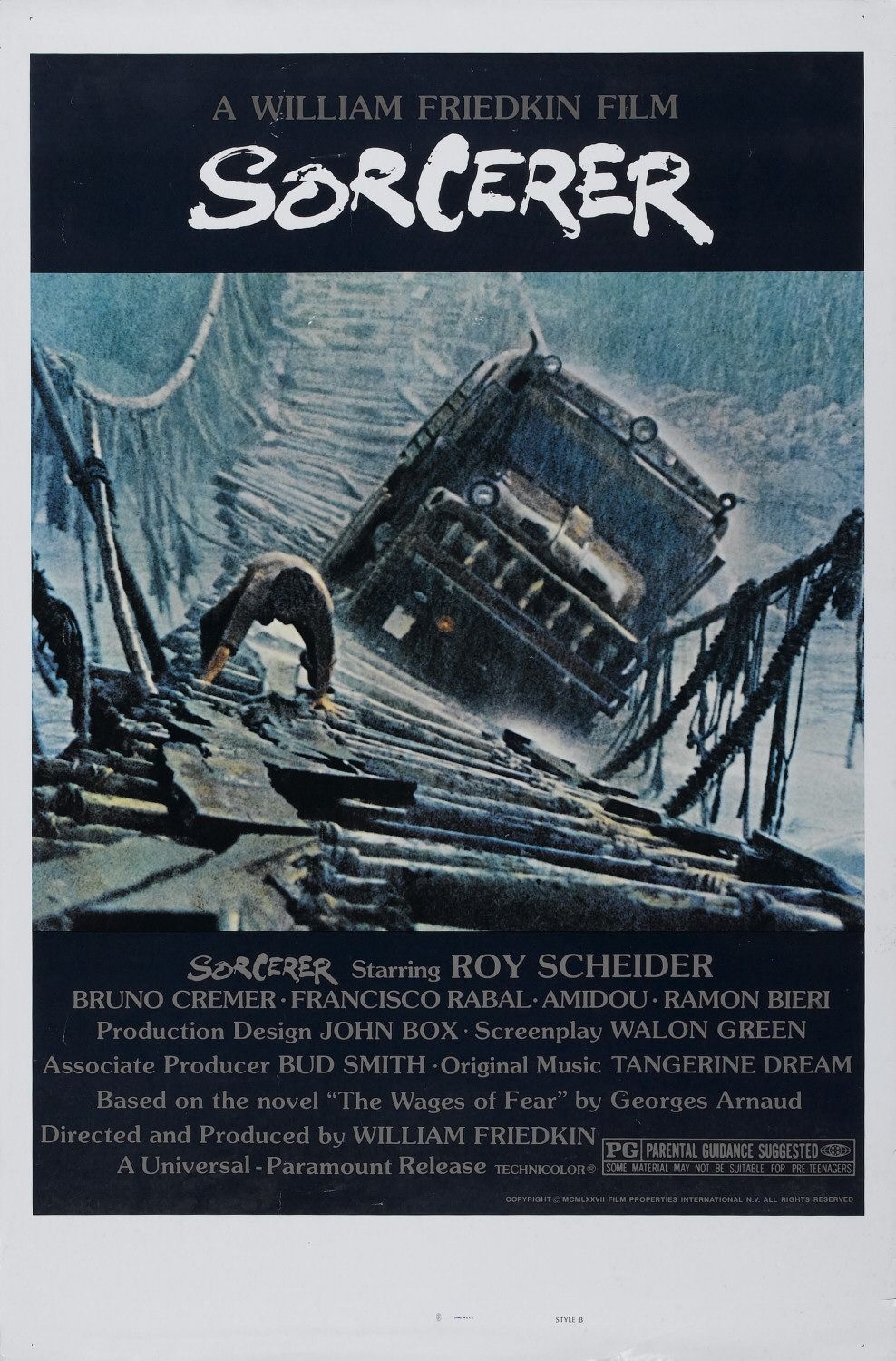 I'd never heard of Sorcerer (1977) until watching a documentary on William Friedkin called Friedkin Uncut (2021) On Prime with my Showtime script.

Friedkin's list of directed movies includes The French Connection, The Exorcist, Sorcerer, Cruising, To Live and Die in L.A., Blue Chips, Rules of Engagement, The Hunted, Bug, and his most recent movie work, 2011;s Killer Joe.

Check out Sorcerer (1977) for the most rugged version of Roy Scheider you'll ever see. More goes on in the first 15 minutes of it, than anything I've seen. It's an adventure, a road movie, a buddy movie and more. 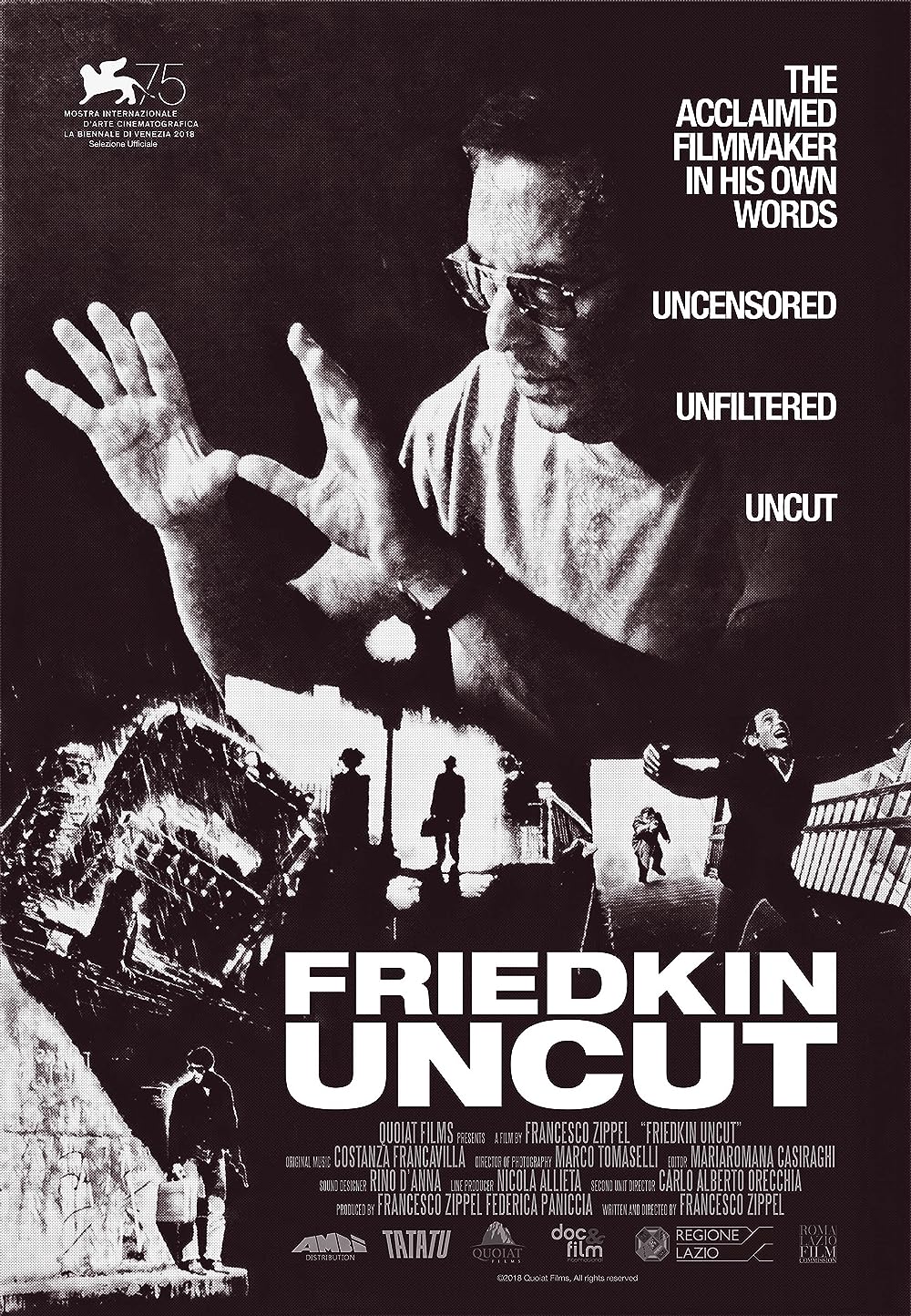 During Friedkin Uncut, when Quinton Tarantino says Sorcerer (1977) may be the best movie ever, I remembered the name and found it. I had to pay $3.00 to watch it on Prime, but it was worth it.

I'd advise watching any of the movies listed here, especially the documentary. Matthew McConaughey tells a story about how his role in Killer Joe helped get him another of his best roles. Some of the stuff Friedkin did preparing for The Exorcist is crazy. Some of the things he's asked actors to do are crazy.

Posted by Gavin Elster on 1/14/22 at 11:37 pm to chinese58
Sorcerer is outstanding. It’s a remake of the film The Wages of Fear which is even better.
Back to top
Reply
Replies (1)
OptionsTop
Replies (1)

on 1/15/22 at 12:43 am to Gavin Elster
Sorcerer was supposed to be giant hit for the studio. It had Friedken, who was white hot in the 1970s having already won numerous Oscars for the French Connection and basically inventing the modern horror movie genre with the gigantic box office hit that was The Exorcist.

But, as luck would have it, I believe Sorcerer came out either the same weekend or near the same weekend as Star Wars, which blasted everything else in the summer of '77 off the map. In the process, high level masterpieces (as Tarantino thinks it is), like Sorcerer were basically forgotten to history.

Only folks that remember it coming out or heavy film buffs even really know about this movie now because of its release timing. Some people say its Friedken's best movie. While I disagree, it is a film everyone needs to watch.
Back to top
Reply
Replies (1)
OptionsTop
Replies (1)

on 1/15/22 at 11:19 am to Jack Ruby
I watched Sorcerers early in the week, and meant to post asking about it the next day. Last night TCM had another movie about driving trucks in dangerous situations called Hell Drivers (1957). Hell Drivers trailer on YouTube

It wasn't nearly as good as Sorcerer, but was entertaining.

Sorcerer's trucks driving through hell, and crossing dilapidated bridges, reminded me a little of Aguirre, the Wrath of God (1972)'s scenes where they push and pull the boat on land. Those optics aren't the only thing these two movies have in common.
Back to top
Reply
Replies (0)
OptionsTop
Replies (0)