0
This is a very interesting podcast on Bitcoin and the other cryptos. Stephen Dubner (as always) makes it entertaining and informative. Freakonomics, IMHO, is one of the best podcasts out there.

It also features Francis Suarez, the Mayor of Miami, as well as the originator of Ethereum. And to no one's surprise, it also digs into the new "Crypto Winter" crash. 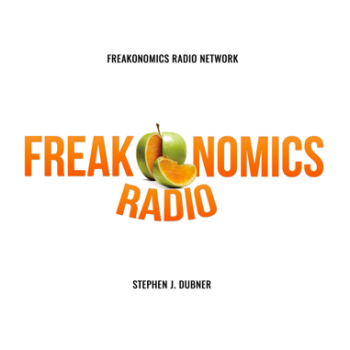 Stephen DUBNER: I know you take your mayoral salary in Bitcoin, or at least did. Is that still the case?

DUBNER: Okay, did he ever say to you, “Son, this sounds like total B.S. This sounds really good if you’re in charge of some exchange or currency, but no, this is not something, especially from a family of elected officials, that we want to be getting involved with. It’s too risky.” Did he ever say anything like that?

One cryptocurrency, TerraUSD, had been positioned as a so-called stablecoin, a blue-chip investment pegged to the U.S. dollar. But it suddenly crashed, its value dropping to nearly zero. The Wall Street Journal called the Terra crash “a reminder that crypto … is often little more than a casino, with weak regulation and few means of recourse for the losers.” Terra is based in South Korea, and prosecutors there have banned the company’s employees from leaving the country while they investigate the collapse. All this chaos leaves some people — like one economist we heard from in last week’s episode — with a less-confident view than Mayor Suarez.

BUTERIN: I totally did not predict that people would be paying $3 million for a monkey [NFT] and that this would be one of the use cases of the blockchain.
This post was edited on 6/30 at 10:40 am
Back to top
Reply
Replies (1)
OptionsTop
Replies (1)

on 6/30/22 at 11:35 am to tigerpawl
Cliffs? I don't have time for podcast anymore unfortunately unless I am driving.
Back to top
Reply
Replies (2)
OptionsTop
Replies (2)

quote:
Cliffs? I don't have time for podcast anymore unfortunately unless I am driving.