0
This was yesterday but I didn't see anything.

In five games this spring playing in arguably the toughest league in the country, Kanu totaled 28 tackles, nine for loss and two sacks from his defensive tackle position. His two best games were against Santa Ana (Calif.) Mater Dei and Bellflower (Calif.) St. John Bosco, two teams who have won the last three National Championships (not counting this year) and coaches from both teams gushed about Kanu after the game. 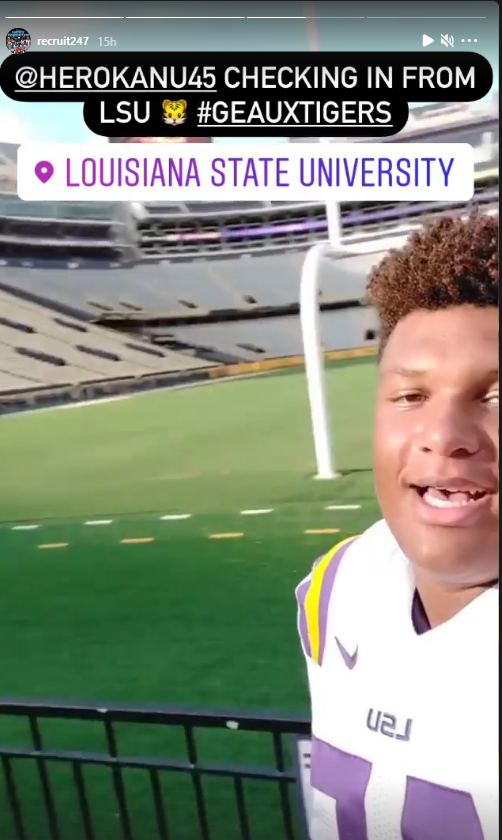 on 6/11/21 at 11:26 am to Captain Crown
His name sounds like a Mortal Kombat character. Would love to sign this guy and then every sack could be declared a fatality.
Back to top
Reply
Replies (0)
OptionsTop
Replies (0)

on 6/11/21 at 11:31 am to Captain Crown
Raw for the position but his athleticism and strength at his size is impressive.
Back to top
Reply
Replies (0)
OptionsTop
Replies (0)