0
Shortly before Christmas I received an email from Kentucky Gun Company featuring a Savage bolt action 22 LR on sale at a very nice price. I made an impulse buy and bought it for a Christmas present to myself. The gun is a Savage 22LR bolt action (the factory designation is Mark II-FVSR)

When the gun arrived, I was pleased with the looks. It has a 16.5” heavy barrel (outside diameter of 0.8”) that’s fluted and has a threaded muzzle (a metal thread cap is included). All metal parts are blued. The stock is synthetic with a camo pattern that reminds me of the camo patterns from my younger days, although this is darker. A Picatanny rail was already attached. It came with a single, five shot magazine. The action was smooth enough. It has the oversized bolt knob that’s popular these days. Surprisingly, the Accu-Trigger broke cleanly at 2.25# so no adjustments were made. My Silencerco Spectre II suppressor fit it well. I attached a 4.5-14X Burris Droptine scope in Burris Signature Z-rings and took it out for a quick spin.

The first shoot didn’t start well. Loaded rounds flew out of the magazine unless a finger was held on top of the mag. I managed to get it sighted in without any other problems. It shot VERY good, putting 5 rounds of CCI Standard Velocity in a tight group slightly bigger than a quarter at 25 yards. I decided to go coon hunting that night from a ladder stand I deer hunt from. Coons were killing the corn at the stand during deer season. I managed to kill three coons that night, but only recovered two. One rolled off a downed tree after a solid hunt and ran off into a nearby thicket. I had problems during the hunt with the “exploding” magazine and one failure to extract. Clearing the problems by removing the red flashlight from my scope was difficult. The next shoot didn’t go much better. In addition to the magazine problems, I started having extraction problems. I “fixed” the magazine problem by using 5 and 10 round magazines from my Savage 17 Mach 2 bolt gun, but 3-4 rounds from a 10 shot magazine did now failed to extract. I was pleased with the gun’s accuracy, handling and appearance, but the magazine and extraction issues were a problem.

After looking on the ‘net, I found extraction problems to be common, yet frequently fixed by replacing the extractor or a clip/spring at the front of the bolt. The feed lips on the faulty mag had more separation than those on my old mags. After three unanswered emails to Customer Service I made a call to CS who sent me a “repair pack” and a 10 round magazine to replace the faulty 5 round mag. Thirty seconds of work with a pair of needle nosed Vice Grips fixed the defective magazine.

Unfortunately, extraction didn’t improve. More research was needed. After polishing one of the extractors, live rounds extracted, but zero of ten shot rounds extracted. While awaiting a response to my fourth email to Savage, I resumed internet research, finding posts on the ‘net claiming that installing a second clip on the bolt sometimes fixed extraction problems. I found other remedies, but those would void the warranty while installing a second clip wouldn’t. The clip/spring holds In place the extractor, firing pin and cartridge guide. In theory, the second clip would hold the extractor in place tighter.

I’m pleased to say at the next shoot, the gun extracted all 30 rounds that were shot. I shot different brands of ammo from subsonic to super velocity. It even handled the 40 year old Federal ammo well. I did have 4 misfires with 30 year old Aguila Super Velocity. Since the rim had a deep mark and I’ve not previously had any misfires, I suspect the old ammo is at fault, not the gun. Oddly, 13 days after sending my last email, Savage responded. They said to give my address to them and they’d send a return shipping label. Now that I think I’ve got it fixed, I’m holding off on returning the gun. On the other hand, I’m going to ask them for additional clips/springs.

Hopefully, the gun’s been fixed. The gun has some really “Good” traits. I like the looks and handling. Although all my testing thus far has been for functioning, accuracy looks very promising and should improve. On the other hand, customer service at Savage was overall “Bad.” Last, although the gun started out rough, I’d say it’s reliability is now “Almost Ugly.” So while I’d buy the gun again, I’m still not pleased with Savage CS. After much reading on the ‘net, it appears the gun is generally a good gun, but every now and then one will have issues with extraction or misfires. Of course, the magazines have always been suboptimal, but serviceable. For the gun that has extraction problems, one can find potential remedies on the ‘net. But if that doesn’t work, a return to the mother ship will be needed. I can recommend this gun because it’s accurate, handles nicely and is inexpensive, but the potential buyer needs to accept the potential problems and risks. 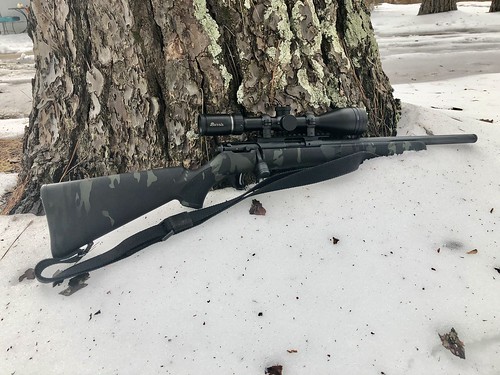 Side view of the bolt showing the vertical spring/clip near the end of the bolt. 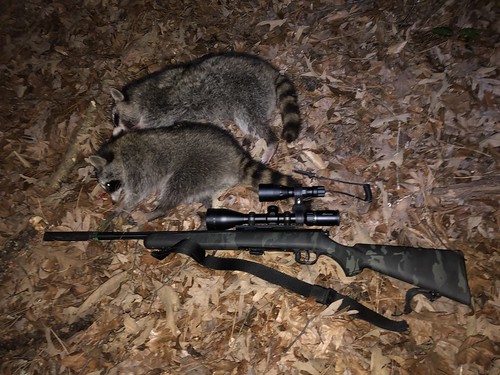 re: Gun Review: “The Good, the Bad and the Almost Ugly…”Posted by GardenDistrictTiger

on 2/22/21 at 11:47 pm to TigerOnThe Hill
I have this rifle myself. The magazines are a weakness and I have had some extraction issues as well. It's a shame because it's a great rifle with a sweet trigger.
Back to top
Reply
Replies (0)
OptionsTop
Replies (0)