What is going on in Berwick PA?

He was caught and arrested but last night they were having a fund raiser for the victims of the arson and their families and some guy drove a car into the crowd killing 1 and injuring 17 others. He then got out and chased a woman and beat her to death with a hammer

quote:
One person has died and several others have been injured after a car reportedly plowed into a crowd of people Saturday evening at a fundraiser in Berwick, Pennsylvania. The man who did this might is possibly linked to a deadly fire last week, in which the fundraiser was held for on Saturday.


quote:
"1 dead, 17 injured after man drives car into crowd at fundraiser in Berwick, PA. Man then drove to Nescopeck, PA and beat a woman to death (scanner traffic said with a hammer). Man is now in custody," Lookner tweeted. "(Number of dead & injured is according to police statement)."


quote:
The Nescopeck fire happened last Friday, August 5, when a fire destroyed a home in the northeast Pennsylvania area and took the lives of 10 relatives, which included three children and seven adults.

The fire reportedly began after 2:30 a.m. Friday, in which several family members were staying and a children sleepover was happening.

One firefighter who responded was a family member of those tapped inside.

"We tried the front way, the back way," Nescopeck Volunteer Fire Co. firefighter Harold Baker told The Citizens' Voice newspaper. "There was no way we could get into it."

The fundraiser Saturday took place as funerals were beginning to happen.

Posted by Cracker on 8/14/22 at 8:40 am to stout
All I care about is race then it becomes a story.
Cracker reporting live from the scene
Back to top
Reply
Replies (1)
OptionsTop
Replies (1)

on 8/14/22 at 8:45 am to stout
Flat out brutal ..first the arson fire (killing 10) and then driving into crowd at fundraiser for aforementioned fire victims and then hammering a woman to death???? what in the actual flying frick
This post was edited on 8/14 at 8:46 am
Back to top
Reply
Replies (0)
OptionsTop
Replies (0)

quote:
All I care about is race then it becomes a story. Cracker reporting live from the scene

Has there been any reports of Biden planning a trip to this place? That will tell us what we need to know.
Back to top
Reply
Replies (0)
OptionsTop
Replies (0)

on 8/14/22 at 8:52 am to stout
PA PAGE: Suspect in Berwick Mass Casualty Incident Identified 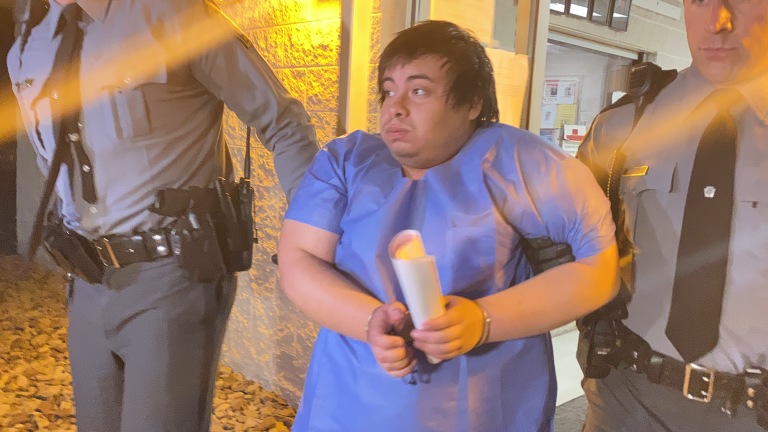 to Everyone
Advertisement
Back to top
The Torch

Posted by The Torch

quote:
Is that a “little person”?

Posted by soccerfüt on 8/14/22 at 9:18 am to stout
You will note that no one in this thread has bragged on Berwick, Louisiana.

It’s a good place to be from (as in away from).
Back to top
Reply
Replies (0)
OptionsTop
Replies (0)

on 8/14/22 at 9:55 am to stout
It always comes to a head eventually..
WAPO article on previous Talib Bros incident
Back to top
Reply
Replies (0)
OptionsTop
Replies (0)