re: Went down the dark, bloody Yugoslavian rabbithole last nightPosted by BottomlandBrew

They don’t call for the death of people

Literally on the first page. You even see it on the OT.

quote:
frick all liberal idiots, they deserve to die for being the covid cultists

on 7/12/22 at 8:05 am to shutterspeed
This is just a repeat of about 1500 years of violence in this area. This was going on under the Byzantine Empire and even at the end of the Classic Roman Empire.
Back to top
Reply
Replies (0)
OptionsTop
Replies (0)

on 7/12/22 at 8:06 am to SuperSaint
You laugh but look who is doing all the killing in the cities, looting, depraved souls wanting to murder babies, carving kids up like Frankenstein. Mask and vaccine mandates. Purposefully tanking the economy in the name of a cult ideology.
This post was edited on 7/12 at 8:08 am
Back to top
Reply
Replies (0)
OptionsTop
Replies (0)

on 7/12/22 at 8:13 am to shutterspeed
The neighborhood I live in has a memorial for the Srebenica Massacre. I know some folks that were personally affected.

St Louis has the largest Bosnian population outside of Bosina, I believe. During the all the crap in the early 90s a ton of Bosniaks resettled in the Bevo Mill neighborhood in St Louis. They completely rebuilt a neighborhood that had seen a collapse since it's heyday a few decades earlier. The subsequent generations have since moved out of the neighborhood but a lot of them still own rental houses and businesses there.

We go to this little Bosnian bakery from time to time and were there this past weekend getting some bread. I made a joke to my wife about how the old grandmother that runs the store doesn't put up with any shite and is probably the biggest badass in the neighborhood. An eastern european grandmother that survived a genocide? Very few people harder than that.

I have only ever had good encounters with the Bosnian folks I've met. A lot of them have the typical immigrant story of the first generation coming over and working themselves to the bone to make a better life for the next generation.
Back to top
Reply
Replies (1)
OptionsTop
Replies (1)

on 7/12/22 at 8:27 am to GeauxWrek
Sounds like Africa, ME, central and South America....pretty much any third world shite hole

Except Yugoslavia was not a 3rd world country prior to the breakup and still isn't today.
Back to top
Reply
Replies (0)
OptionsTop
Replies (0)

on 7/12/22 at 8:31 am to ProjectP2294
Salt Lake has a fairly large population of Bosnians and Croatians. I married a Bosnian. My experiences are the same. Good people, all of them. Most are now business owners and have become quite wealthy.

Just did a ton of remodeling on the house. My Bosnian/Croatian contacts helped me get most of it done at cost.
Back to top
Reply
Replies (1)
OptionsTop
Replies (1)

quote:
My Bosnian/Croatian contacts helped me get most of it done at cost.

were you there when the drywall was done? hope you never have to tear into the walls, baw
Back to top
Reply
Replies (0)
OptionsTop
Replies (0)

quote:
Literally on the first page. You even see it on the OT. 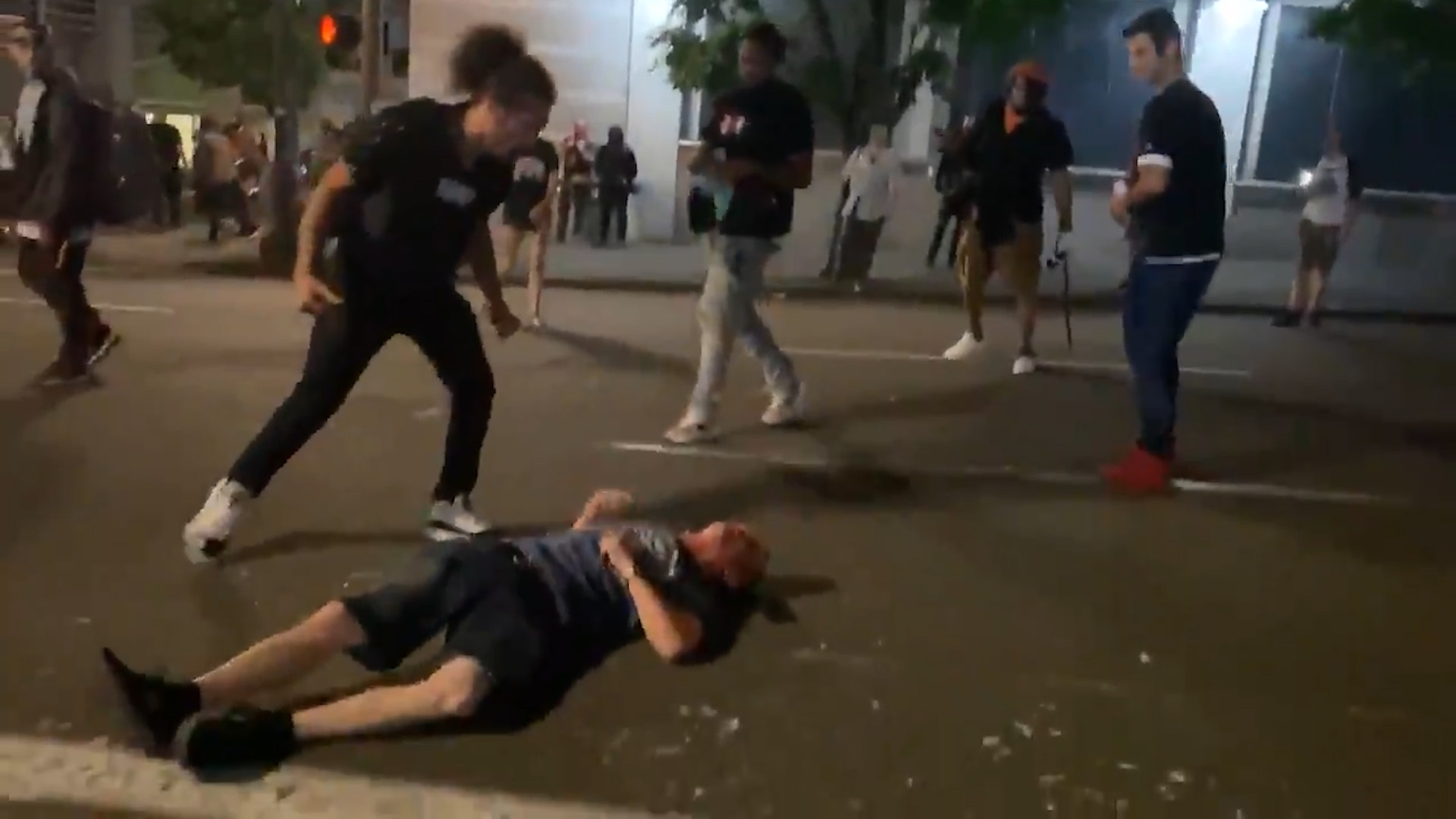 quote:
mean imagine admitting to war crimes at your own

quote:
Brutality is a part of life, most Americans are so separated and pampered they have no idea what the rest of the world goes through.

US, Canada, Australia l, New Zealand and Western Europe are the only ones that aren’t overly brutal even in war. East Asia, Africa, Eastern Europe, Middle East are all brutal as frick.
Back to top
Reply
Replies (0)
OptionsTop
Replies (0)

to Everyone
Advertisement
Back to top
BottomlandBrew

We can do this all day and point out real-life violence done by both sides. I'm not defending one side or the other. I'm saying we have the underlying potential for evil within some of our own society. On TD, if we had a board that was as left as the polibaord is right, I'm sure you'd see the same type of posts calling for the deaths of others.
Back to top
Reply
Replies (1)
OptionsTop
Replies (1)

quote:
I don’t necessarily want a civil war here but, if it happens, it will probably end up looking like this simply because one side has been pushing shite hard for years, if not decades, and shutting down all opposition. If the gloves come off, it won’t be pretty.

You desperately need some perspective.
Back to top
Reply
Replies (0)
OptionsTop
Replies (0)

quote:
The Croatians hate the Serbs

Can confirm. My old man immigrated to the US over 40 years ago. Still speaks the language and has a heavy accent. He will pick a Serb out of a crowd and curse them until his olive skin turns dark red.
When you start shelling a city of civilians, they don’t forgive
Back to top
Reply
Replies (0)
OptionsTop
Replies (0)

quote:
Whenever I see edgelords saying things like “a revolution needs to happen” just cause the Fed is retarded, I’m reminded of things like this. If America or any other ‘first world’ nation had a serious upheaval, don’t think for a second we wouldn’t be seeing the same shite here.


Sometimes it's worth it.
Back to top
Reply
Replies (0)
OptionsTop
Replies (0)

quote:
...point out real-life violence done by both sides

Show violence from the Right. I can give you hundreds upon hundreds of examples from 2020 and beyond. Let's see if you can do the same.
Back to top
Reply
Replies (1)
OptionsTop
Replies (1)

quote:
Show violence from the Right

Not that you'll accept any of those as acts of violence done by the right. You don't seem like the type to accept critiques of your team's flaws, and that scares me. People who are unwilling to accept their weaknesses are the ones more susceptible to the rhetoric that would convince one to commit the atrocities mentioned in this thread. It appears you've accepted that your enemy is immoral and you are fighting with the moral high ground.

I understand that both left and right wing extremists have committed horrible crimes. I'm smart enough to accept that good people have been pushed to do very bad things throughout history. I look at myself in the mirror and see a man that is not so arrogant as to dismiss the dark possibilities hiding within. I hope that by recognizing these weaknesses within myself that it will strengthen me against them. That's the hope, anyways.

Why didn't you use the actual page title?

The page "List of left-wing terrorist attacks" does not exist. You can create a draft and submit it for review, but consider checking the search results below to see whether the topic is already covered.

Florida State Fan
Somewhere In Tennessee!
Member since May 2011
6058 posts

quote:
The Croatians hate the Serbs.

I remember the nightly broadcasts of the wars. The Massacres. It was genocide.

I've spent time in Serbia and Croatia. I didn't sense that. They seem to visit across countries, have extended families, talk to each other. You don't talk about the war with them, but if they bring it up, you don't really hear there is really hatred these days, particularly the younger generation.

The issues with Kosovo, which Serbians consider part of their sacred land, is probably another story. There is a degree of hatred between Ethnic Albanians towards the Serbs and vice versa.

On another note, I've gone down the "Yugoslavian rabbithole" because I watched it and have a fascination about the history having been there.

If you want to learn more about a unit in the Serbian Army, akin to the SS, research "Arkan's Tigers", a Serbian Volunteer Guard attributed with much of the atrocities. Their exploits were kind of glorified after the war for a while as part of a Serbian Nationalist culture.

On a side note, this is a kick arse video done by a Serbian rap group Ultra Clan that was popular in the 90's.

quote:
I think this is a very fatalistic approach. Call me crazy but there is no way something like this will happen.

I won’t call you crazy. Naïve? More than likely.
Back to top
Reply
Replies (0)
OptionsTop
Replies (0)

That list is also pretty suspect and full of events outside of the US.