A look at just one crime thread in Nola, endless retaliation fueled by weak justice system

2
It's crazy how horrible and connected the crime is in NOLA. This is just one thread of a story resulting (or rather just the latest result) in the Balcony Bar mass shooting. All statements speculation or cited from news sources.

quote:
survived being shot in September 2020

quote:
out on $110,000 bail awaiting trial on attempted murder charges stemming from a November 2020 double shooting

quote:
Lee was shot and killed (along with another killed and 2 others wounded) installing pavers in the 600 block of Gen. Taylor Street on Oct. 6 as part of their jobs with Groundwork New Orleans

quote:
Davis initially was jailed in lieu of a $600,000 bond. But court records show Orleans Parish Magistrate Commissioner Jonathan Friedman reduced that bond to $80,000 on Dec. 16. Davis posted that bond and was free the next day.

quote:
Davis’ bond obligation was dissolved after the Orleans Parish District Attorney’s office refused the double-murder case against him on March 15.

quote:
Authorities speaking on condition of anonymity confirmed that 23-year-old Nairobi Davis was one of two men wounded when gunmen pulled up and opened fire, after they spotted him leaving the Uptown New Orleans bar.


I'm sure it goes even further back, but appears that dude was shot, then shot two others (likely his attackers or related), arrested but then out on the streets, then was shot again and killed, then his killer was arrested, and then out on the streets again, then another mass shooting with him as the target, with bystander casualties piling up along the way.

Posted by Eighteen on 5/3/22 at 11:18 am to Havoc
You just did more work to solve these cases than the DAs office did
Back to top
Reply
Replies (1)
OptionsTop
Replies (1)

on 5/3/22 at 11:28 am to Havoc
You forgot the part about how 10 days after Davis made bond, a 7 year old was killed in the crossfire on Gen Degaulle while they were trying to kill him.
Back to top
Reply
Replies (1)
OptionsTop
Replies (1)

Posted by Abstract Queso Dip on 5/3/22 at 11:32 am to Havoc
Sounds like they need to open the Superdome up for a battle royale.
Back to top
Reply
Replies (2)
OptionsTop
Replies (2)

on 5/3/22 at 11:39 am to Havoc
The reality of the situation that NO ONE in the media nor one side of the isle in political circles will acknowledge is that there is a culture that unabashedly lives within thrid-world-esque cultural norms. Respect for the rule of law is nonexistent and disagreements ("beefs") are grounds for murder any time, anywhere, with NO regard whatsoever for collateral damage. All, while political leaders from mayors, DA's, legislators, Congressmen, even the POTUS, refuse to acknowledge that realty and take every step possible to shirk accountability on the part of the criminals.

Southeastern LA Fan
The City of St. George
Member since May 2008
5130 posts

quote:
is that there is a culture that unabashedly lives within thrid-world-esque cultural norms. Respect for the rule of law is nonexistent and disagreements ("beefs") are grounds for murder any time, anywhere,


I would love to see the legalization of organized deuls. Like our founding fathers, let these gentlemen meet at dawn at a safe location and have a deul to defend their honor.
This post was edited on 5/3 at 11:51 am
Back to top
Reply
Replies (0)
OptionsTop
Replies (0)

-Davis initially was jailed in lieu of a $600,000 bond. But court records show Orleans Parish Magistrate Commissioner Jonathan Friedman reduced that bond to $80,000 on Dec. 16. Davis posted that bond and was free the next day.

-Davis’ bond obligation was dissolved after the Orleans Parish District Attorney’s office refused the double-murder case against him on March 15.

All you need to know about the troubles plaguing New Orleans. When someone can literally get away with murder and attempted murder due to it just being dropped by the DA's office, that means there are no ramifications (at least for certain people).
Back to top
Reply
Replies (2)
OptionsTop
Replies (2)

on 5/3/22 at 12:00 pm to Havoc
How many retaliatory murders would we have if every murderer or attempted murderer was put behind bars and left to rot? Probably far less, as the people that want to retaliate wouldn’t be able to access the murderer behind bars. Or if they did manage to get into prison and kill each other, nobody would care and it wouldn’t be a risk to the public
Back to top
Reply
Replies (0)
OptionsTop
Replies (0) 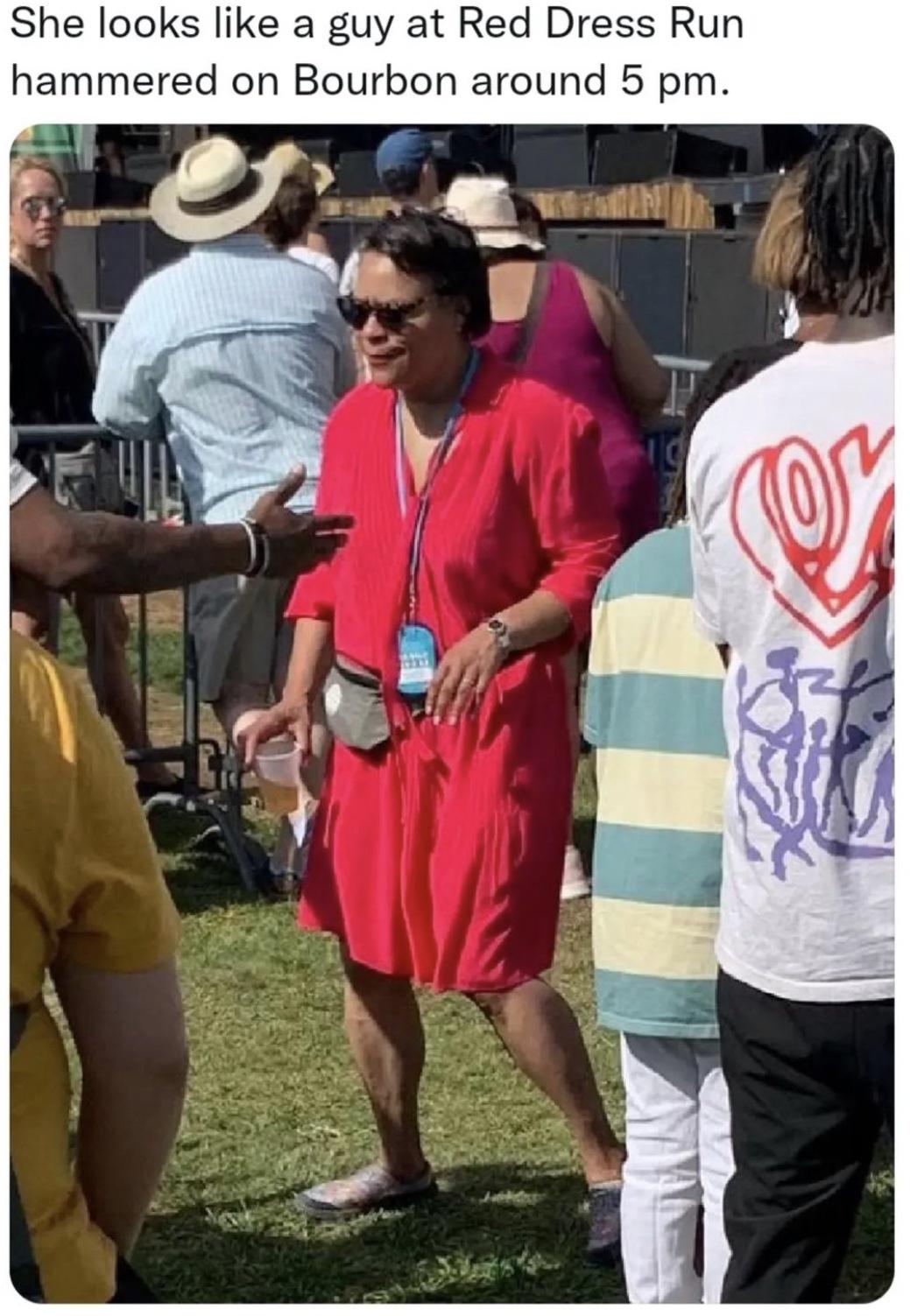 LSU Fan
In the Shadows, Behind Hedges
Member since Aug 2020
104 posts

on 5/3/22 at 12:14 pm to HenryParsons
"She" (and I use that term loosely) is really only in it for the perks and the power. I've never seen as many photos and videos of another elected official that parties as much as Teedy. Or maybe they do party as much as Teedy, but they're smart enough to hide it.
Back to top
Reply
Replies (0)
OptionsTop
Replies (0)

Posted by LegendInMyMind on 5/3/22 at 12:20 pm to Havoc
I believe a good bit of this could be done away with if we would bring back legal duels. Mutual combat with pistols. Give these pieces of shite who do not value human life the legal opportunity to kill each other without the chances of harming innocent people. Set up a place similar to a paintball or laser tag course surrounded by bullet proof glass and armed guards. Let the useless cocksuckers do war for 15 minutes free of charge. Two or three or four enter.....one leaves. No charges and the beef is settled without dragging innocent people into the bull shite.
Back to top
Reply
Replies (1)
OptionsTop
Replies (1)

quote:
Sounds like they need to open the Superdome up for a battle royale

Posted by A Menace to Sobriety

quote:
You just did more work to solve these cases than the DAs office did

But sadly, this is the public perception of how the DA's office has operated under Williams.

Between (1) the NOPD's issues in staffing, recruiting, and retaining enough officers as well as its being handcuffed by the federal consent decree; (2) the DA's office's repeated failures to timely prosecute violent offenders; (3) the Criminal District Court magistrate judges' practice of setting insanely low bail for violent offenders; and (4) the unnerving fact that a rapidly growing percentage of the electorate and elected officials in the City espouse "Progressive" views on crime and prosecution; the current state of affairs in Nola is the perfect storm for the City to become Gotham.
This post was edited on 5/3 at 12:39 pm
Back to top
Reply
Replies (0)
OptionsTop
Replies (0)

Posted by Ghost of Colby on 5/3/22 at 12:43 pm to Havoc
The majority of crimes are committed by a surprisingly small amount of people.

When crime surges, it doesn’t necessarily mean there is a corresponding surge in the number of people committing crimes.

More often than not, it’s still the same group of people, but the revolving door of the criminal justice system keeps churning out the same criminals to continue to terrorize their city and communities.
Back to top
Reply
Replies (1)
OptionsTop
Replies (1)

on 5/3/22 at 12:46 pm to Havoc
If the woman being dragged to death and this one doesn't break open the foolishness that going on in New Orleans nothing will.. Might as well give up and admit that it is the shithole everyone says it is...
Back to top
Reply
Replies (1)
OptionsTop
Replies (1)

quote:
A man accused of murder after a Mother’s Day second-line parade in New Orleans was on the loose Thursday, and officials in the city’s criminal justice system were pointing fingers at one another about why he was let out of jail weeks ahead of schedule.

At the center of the controversy is Donnell Brown III, 21, who is accused in a fatal shooting after a second-line in Gentilly that left a man dead and a teenage girl wounded.