65
Lonzo wins his ring after his trade ? Chi is 1st at the East.
Back to top
Reply
Replies (8)
OptionsTop
Replies (8)

quote:
AD wins his ring after his trade,

on 1/15/22 at 5:32 am to saintslsupels
I watched the first half of the game. Lonzo hit a few 3s, and the announcers started slobbering all over how much he's improved ... and then he finished the half with 5 turnovers and only 2 assists, to go with 3 personal fouls.

He's still afraid to drive the ball to the rim.
Back to top
Reply
Replies (2)
OptionsTop
Replies (2)

on 1/15/22 at 7:05 am to GOP_Tiger
Lonzo’s also better than every guard on this team, we can cherry pick any player and focus on only negatives for one game, but you all keep telling yourselves how terrible he is while simultaneously talking yourselves into paying to get guys like Buddy Hield, Cam Reddish before the trade that would require a significant raise to keep, Evan Fournier etc.

Probably would have all declared Griff a god in the off-season had he signed Hardaway to 22 million a year lol.

Fact is all Griff had to do as GM to succeed is literally nothing and this team would be in a significantly different place right now. Just resign the guys you were forced to take by being locked into the Lakers trade because Klutch/AD, take BPA in Garland/Hunter at 4 instead of moving back, and then pay those guys when their contracts come up. Move them if upgrades present themselves.

But instead three years in we still have people defending Griffs poor judgement. Lonzo being the latest. Who we are now once again talking about relinquishing assets to find a guy that can replace what he already brought(while trying to justify Griff’s getting us to that point by losing said player for basically nothing). I said it during his hiring, Griff is the ultimate Rube Goldberg GM. He’ll burn through your assets and wow you with the machinery, but when the dust settles and you look at the end result, he hasn’t really gotten you much further with his wheeling and dealing.
Back to top
Reply
Replies (4)
OptionsTop
Replies (4)

quote:
Chi is 1st at the East.

To answer the OP, it’s highly unlikely the Bulls can chip this year, though the reactionaries are going a bit overboard.

Bulls can defend and score on anyone, what they sort of lack is a versatile wing defender that Patrick Williams served as before injury.

If the Bulls are actually serious about going all in, and they continue to say they won’t but the rumors persist, they could move Williams for someone like Jerami Grant and suddenly that roster sort of matches up defensively with Brooklyn, and has the firepower to play Mil or Brooklyn tough.

on 1/15/22 at 8:07 am to Bronc
No, Bronc, I have said multiple times recently that the Lonzo trade is an obvious fail on the part of our front office. There's no excuse for it. And I was ambivalent about re-signing Lonzo---I did not have a strong opinion either way.

Lonzo has continued to improve his shooting this season, and he's a better defensive fit there than he was with us last season.

But the problems aren't going away either. The five first-half turnovers were because the Warriors knew that he wouldn't drive to the rim, so they could cheat on the pass when Lonzo came off a pick. It's the same 'ol Lonzo, and we Pelicans fans would be very frustrated with the 2022 version of Lonzo if he were on our team at $20 million per.
Back to top
Reply
Replies (1)
OptionsTop
Replies (1)

He doesn’t drive regularly, that’s true, but he doesn’t need to to earn his paycheck as a secondary creator and shooting guard that is the only under 25 player averaging 5 boards, 5 assists, over 10ppg, better than 40% from three on high volume, over .55%efg, and a top tier DPBM. No one else under 25 is doing that. He’s in a class by himself as basically the ultimate role player and glue wing.

Our defense is also not Stan’s, and Lonzo was a good defender in a bad scheme with bad philosophies last year, but he consistently ranked our best on the team in DBPM and other advanced stats…even when Jrue was here. So to say he wouldn’t work under Willie is silly.

Again, people(maybe you, maybe not) can’t sit there and pump up Buddy Hield(who doesn’t drive either, terrible defender), Evan Fournier(doesn’t drive, terrible defender), Tim Hardaway( can’t shoot this year and doesn’t drive, good but not elite defender), or whatever other 20 millionish player the Pels are looking to trade for to fill that hole, and then claim Lonzo isn’t worth it. When he’s better than all those guys and every person ive heard named as targets in the last few days sans maybe Powell, who isn’t actually a realistic get.

to Everyone
Advertisement
Back to top
GOP_Tiger

on 1/15/22 at 8:25 am to Bronc
I don't want Hield or Fournier. I want a creator. We needed NAW to be a consistent offensive creator, and he's obviously failed there. But BI and Zion can't be responsible for all the offensive creation, and Graham sucks at it.
Back to top
Reply
Replies (1)
OptionsTop
Replies (1)

The issue isn't whether or not Lonzo is good. He's always been pretty good at what he does- it's just not what the hype coming into the league suggested it would be.

And it's not if the Pels handled his trade well. They didn't.

But if we're talking team building, I don't know how Lonzo at $20m fills holes the Pels have. Happy Lonzo is having success in Chicago
Back to top
Reply
Replies (2)
OptionsTop
Replies (2)

on 1/15/22 at 8:39 am to corndeaux
We need a wing defender that can stroke threes at high volume and plays well in transition and as a secondary creator.

We need a lead guard, but we also need exactly what Lonzo brought.

And even Griff knew it but he thought NAW could be it and he could also bring in a downgrade like Hardaway as a bridge. When that didn’t work settled for Graham, which the argument at the time was: we got Lonzo for 8 million less. And no, no we didn’t. We got a good catch and shoot combo guard with similarly limited half court creation skills and none of the defensive ceiling.

Like I said, what everyone is talking about this team needing is literally what Griff had in his pocket: Garland and Lonzo.
Back to top
Reply
Replies (1)
OptionsTop
Replies (1)

quote:
I watched the first half of the game. Lonzo hit a few 3s, and the announcers started slobbering all over how much he's improved ... and then he finished the half with 5 turnovers and only 2 assists, to go with 3 personal fouls.

He's still afraid to drive the ball to the rim.

I would take Lonzo over anything that we got this offseason in free agency/trades (Graham, Sato, Temple). We certainly did not improve on Ball.
Back to top
Reply
Replies (0)
OptionsTop
Replies (0)

quote:
But if we're talking team building, I don't know how Lonzo at $20m fills holes the Pels have. Happy Lonzo is having success in Chicago

Yet, if his name were say "Joe Smith" many would be hoping the Pels would trade for him. It has always been a bias against who he (and his dad) is.
Back to top
Reply
Replies (1)
OptionsTop
Replies (1) 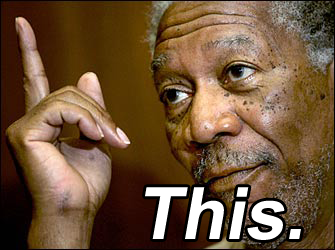 At least now we have the flexibility to move forward and find the right piece, hopefully.
This post was edited on 1/15 at 4:23 pm
Back to top
Reply
Replies (0)
OptionsTop
Replies (0)

NAW has a defensive rating of 112.4
Back to top
Reply
Replies (0)
OptionsTop
Replies (0)