quote:
its definitely her in the trailer. I paused it. She has the same nose

Yep the one watching is Sabine. But Sabine has never embraced her people or their ways. Even when she had the dark sabre which provided her the opportunity to unite her people and rule she gave it to Bo Katan. Not sure after all these many years she would start embracing their ways and saying this is the way when she never did before. Why I think Katan is the voice we hear
This post was edited on 9/15 at 10:53 am
Back to top
Reply
Replies (1)
OptionsTop
Replies (1)

Obviously Sabine was animated before, but here re: The Mandalorian Season 2 trailer.Posted by Stan Switek on 9/15/20 at 10:54 am to TideWarrior
The speaker is the Armorer according to closed caption.
Back to top
Reply
Replies (0)
OptionsTop
Replies (0)

re: The Mandalorian Season 2 trailer.Posted by Captain Crown

re: The Mandalorian Season 2 trailer.Posted by Loaner1231

re: The Mandalorian Season 2 trailer.Posted by Jor Jor The Dinosaur

quote:
Shit, the Knights Templar vanished 7 centuries ago but we still remember them.


Star Wars spans a whole galaxy with thousands of inhabited planets. Sure, people from Coruscant and other planets involved in the Republic/Empire knew of and probably remember the Jedi, but relatively speaking the Jedi were a microscopic sect and it makes sense that beings from galactic backwaters (where most of The Mandalorian takes place) would have no idea of their existence, or only think of them as legend.
Back to top
Reply
Replies (2)
OptionsTop
Replies (2)

to Everyone
Advertisement
Back to top
TheeRealCarolina

on 9/15/20 at 11:51 am to Jor Jor The Dinosaur
And the Emperor did work on wiping them out of memory too. Plus, their numbers were dwindling by the time the Clone Wars began and they lost even more during the War. If you didn’t live on Coruscant, the only time you likely saw a Jedi is if you were fighting beside them or against them or you just so happen to be the parent/guardian of a Force sensitive child.
Back to top
Reply
Replies (2)
OptionsTop
Replies (2)

quote:
and then we are off to the races on Ashoka, Bridger, Sabine, and Mando basially starting up (or at least heavily influencing) what becomes the Resistance in TFA.


I think any tie ins to the Disney trilogy is a bad idea. Just stay away from it.
Back to top
Reply
Replies (0)
OptionsTop
Replies (0)

re: The Mandalorian Season 2 trailer.Posted by CGSC Lobotomy

on 9/15/20 at 1:31 pm to TheeRealCarolina
At the time of A New Hope, there were few known force users that weren't killed between Order 66 and the Battle of Lothal:

Palpatine - few even knew he was a force user

Vader - feared throughout the galaxy

Cere Junda - Only her crew knows she exists

By this point, Ahsoka is known to be alive at least by Sabine Wren - who is also a Mandalorian. Together they end Rebels ready to depart to find Ezra Bridger.

If there was already built-in connection, that's it there - Sabine's Mandalorian heritage and traveling with Ahsoka.

I was REALLY hoping they'd have shown a "brief look" at Ahsoka. I'm seriously hoping they pull off making her in live action; the only Togruta in live action was going to Shaak Ti, and I honestly hated how the makeup looked on her (though to be fair, Ahsoka's facial markings are better designed).

That being said, if a cosplayer can pull this off, I would hope a Hollywood make up artist should be able to... 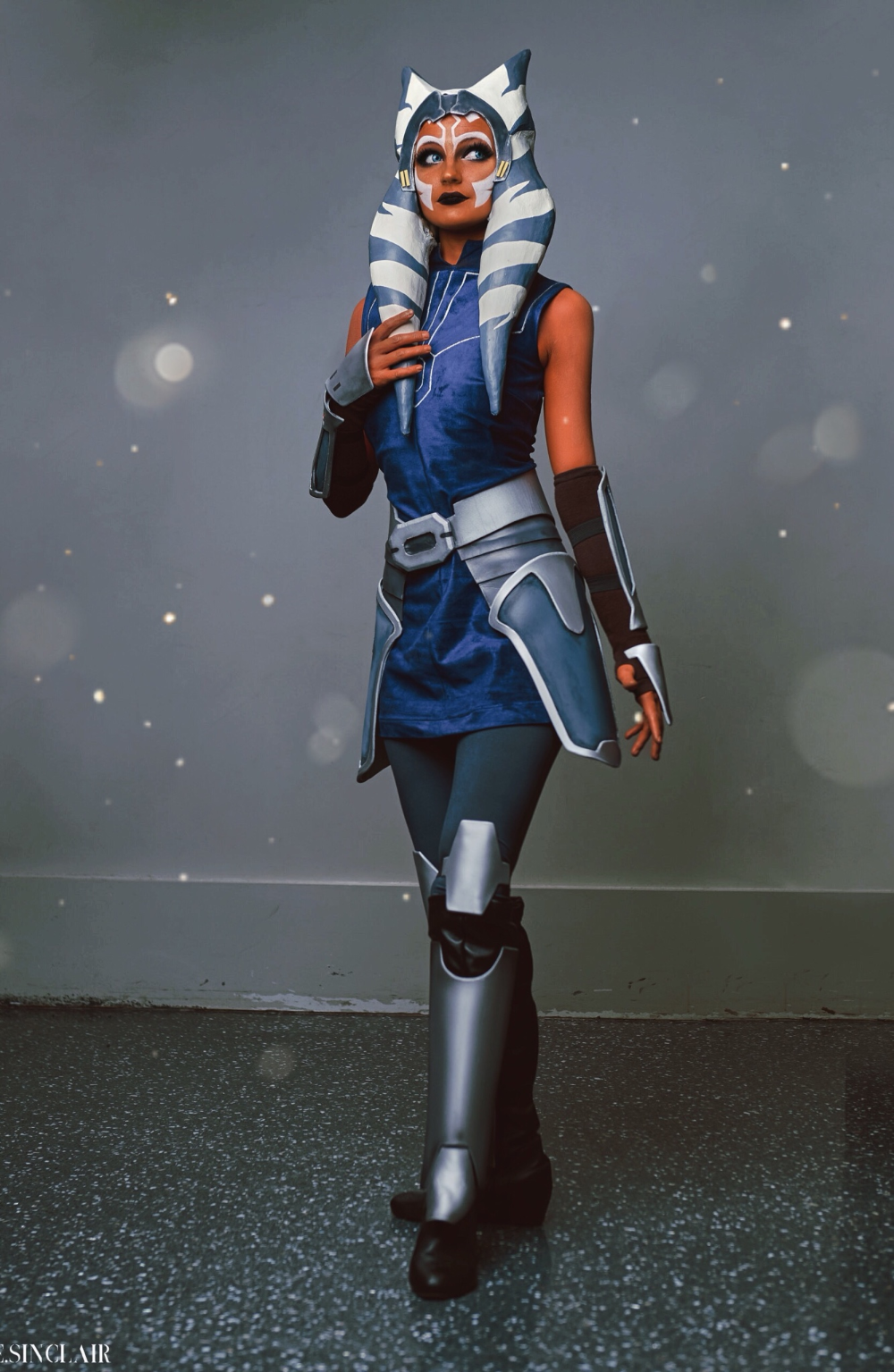 quote:
And the Emperor did work on wiping them out of memory too. Plus, their numbers were dwindling by the time the Clone Wars began and they lost even more during the War. If you didn’t live on Coruscant, the only time you likely saw a Jedi is if you were fighting beside them or against them or you just so happen to be the parent/guardian of a Force sensitive child.

I mean hell, we have people who are convinced the Holocaust never happened and the Moon landings were faked - and there's isn't a world-spanning government trying to actively rewrite the history of what happened.
Back to top
Reply
Replies (0)
OptionsTop
Replies (0)

on 9/15/20 at 2:18 pm to Cs
Irregardless of how you feel about the entire Star Wars universe, or how much you know about it - you have to admit that is one kick-ass trailer.

As for me, I loved the first 2/3 of the original trilogy, and was willing to close the book on the whole thing after ROTJ. Other than Rogue I hated the prequels and everything after (especially TLJ, have no desire to see ROS), so I was reluctant to even check out Mandalorian until well after the initial hype.

Surprised that it was as good as it was. I'm looking forward to S2, no matter how far down the rabbit hole (or not) it takes us into the rest of the saga.
Back to top
Reply
Replies (1)
OptionsTop
Replies (1)

on 9/15/20 at 2:32 pm to FearlessFreep
I know it's been beat to death but I don't care......give complete control to Favreau and Filoni to all SW content. frick that trailer looked outfrickingstanding.

quote:
Its amazing how Disney could screw up the movie trilogy so badly but completely hit a streaming series out of the park

Well, they didn't ask Davie Filoni and Jon Favreau to do the movies.
Back to top
Reply
Replies (0)
OptionsTop
Replies (0)