Posted by
Message
The Scofflaw


Who's the most prestigious "State" school in sports?

Posted by The Scofflaw

Posted by Boodis Man on 7/3/22 at 5:25 pm to The Scofflaw
for football florida state has more natty's than penn state. michigan state claims more titles than florida state.

for college basketball, and baseball....lol who cares
Back to top
Reply
Replies (0)
OptionsTop
Replies (0) 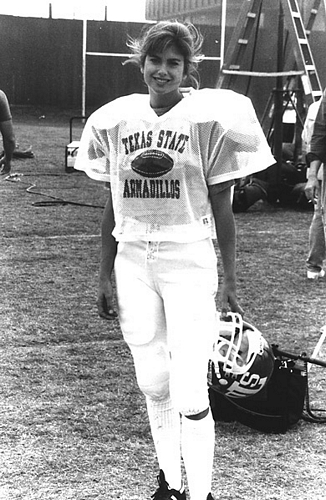 on 7/3/22 at 6:18 pm to The Scofflaw
You say sports. That means multiple sports and multiple national championships in like three sports. LSU has FB and baseball. Michigan State has FB, basketball and Hockey. Ohio State may have multiple titles. FSU has nothing in basketball. I don't know if track and field counts for much then LSU is right up there.
Back to top
Reply
Replies (0)
OptionsTop
Replies (0)

to Everyone
Advertisement
Back to top
JohnnyRebel

on 7/3/22 at 6:53 pm to The Scofflaw
#1. Louisiana State. The in-state HS talent is superb to the rest of the states without another in state school to come close to competing.

#2. Ohio State. Best program in the north, and don’t have to really compete with another in-state program. They can also get players from anywhere based off brand alone, but I rank them 2, strictly because Louisiana has better/more in-state talent, and a lot of Louisiana guys will stay loyal to LSU.

#3. Florida State. Greatest state for recruiting, but a lot more competition, and doesn’t help they’ve been down. But like LSU, in 2019, and FSU 2013/14, one player can make everything change.

#4 Penn State. Historical team, one of the best atmospheres in CFB. Probably would be higher if not for the dirt the programs been through, and more lacking in in-state talent compared to Florida, Louisiana, and Ohio.

Next would be very arguable between NC State, Mississippi State, Arizona State, Washington State, and Kansas State. (In no order)

Then I’d rank non P5 schools like Boise State, right there with, if not above P5 Oregon State.
This post was edited on 7/3 at 6:56 pm
Back to top
Reply
Replies (2)
OptionsTop
Replies (2)

on 7/3/22 at 6:58 pm to JohnnyRebel
The subject title says "sports". I think LSU is up there but Okie State does not. Penn State has FB but not other sports. Iowa State has nothing in "sports". I assume Sports to mean multiple sports and multiple national championships.
Back to top
Reply
Replies (1)
OptionsTop
Replies (1)

on 7/3/22 at 7:04 pm to Ralph_Wiggum
Sorry mate, was thinking more football for my post, for sure. Oregon State, and Mississippi State would be higher and do to their baseball programs, and FSU would be arguably be closer with Ohio State if we’re talking all sports. How would you rank them?
Back to top
Reply
Replies (0)
OptionsTop
Replies (0)

Better is debatable year to year. More? Ohio has more. Period. Look at the number of D1 players each produces year to year. It's really not fair because of population base.

And Ohio blows Louisiana away in the amount of basketball talent yearly.
This post was edited on 7/3 at 7:08 pm
Back to top
Reply
Replies (1)
OptionsTop
Replies (1)

on 7/3/22 at 7:31 pm to VABuckeye
You may be right statistically, but like I already mentioned, I was thinking football specifically. Half my family is from Ohio, and I’ve been to multiple High school football in Ohio and Louisiana, and the talent isn’t debatable. Also, saying Ohio puts out more D1 players doesn’t tell the entire story. What D1 schools are they? And yes you are correct the populations of each state isn’t a fair comparison, because (without looking it up) Louisiana per capita is probably #1 when it comes to producing football players. There is still more talent in Louisiana compared to Ohio imo. Basketball is different story, then LSU is light years above Ohio State in Baseball.
Back to top
Reply
Replies (2)
OptionsTop
Replies (2)

on 7/3/22 at 7:36 pm to JohnnyRebel
You have a higher percentage per capita. Ohio has more recruits because of raw numbers.

quote:
You have a higher percentage per capita. Ohio has more recruits because of raw numbers

It’s cool, you’re probably right statistically, but don’t say “you”. I have no affiliation to Louisiana. I was born and raised in Florida, went to Ole Miss, and have lived in Colorado for 7 years. My mom went to Ohio State, and her entire side of the family. My dads side of the fams went to Florida. So if I did have any bias, it’d actually be in Ohio’s direction.
Back to top
Reply
Replies (1)
OptionsTop
Replies (1)

That’s THE Ohio State University
Put some respeck on it.
Back to top
Reply
Replies (0)
OptionsTop
Replies (0)