Jimbo Fisher is, uh, not happy with Nick Saban

4
First, Saban made this (truthful) statement:

quote:
“Saban: We were 2nd in recruiting last year. A&M was first. A&M bought every player on their team. Made a deal for name, image and likeness. We didn’t buy one player. But I don’t know if we’re going to be able to sustain that in the future because more and more people are doing it”

Of course the audacity of Saban accusing others of buying recruits is pretty comical.

“Go ask all the people who’ve worked for him and you’ll know exactly what he’s about.”

Jimbo says Saban called him, but he didn’t answer. “Not going to. We’re done. He’s showing you who he is. He’s the greatest ever huh?”

quote:
Albert Breer
@AlbertBreer
·
3m
Jimbo Fisher gets asked whether it'll be awkward seeing Nick Saban at SEC media days: "Awkward about what? I don't mind confrontation. I've dealt with it my whole life. I kinda like it."

quote:
Brett McMurphy
@Brett_McMurphy
· 9m
Jimbo Fisher said Nick Saban called him. “I didn’t take the call. We’re done. He’s the greatest ever? When you have all the advantages. It’s easy.”

quote:
Brett McMurphy
@Brett_McMurphy
· 5m
Jimbo Fisher: "I don’t cheat. I don’t lie. If you did my old man slapped me across the face. Maybe someone should have slapped him (Saban)"


Goddamn. He just kept going too

on 5/19/22 at 10:25 am to Fun Bunch
I don’t get why A&M are being such bitches about their class. It was 100% bought by NIL. Which is completely legal. Just own it instead of lying about it like jumbo somehow became a master recruiter and all these 5 stars suddenly wanted to go to college station. I went to school there. It sucks.
This post was edited on 5/19 at 10:26 am
Back to top
Reply
Replies (3)
OptionsTop
Replies (3)

quote:
I went to school there. It sucks.

on 5/19/22 at 10:29 am to WestCoastAg
Have they gotten rid of the Soviet style architecture yet? I mean it is kind of ugly.
Back to top
Reply
Replies (2)
OptionsTop
Replies (2)

This is golden. People finally outing Saban for the POS cheater he's always been.

to Everyone
Advertisement
Back to top
msutiger 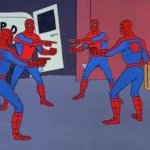 on 5/19/22 at 10:35 am to Fun Bunch
Imagine throwing shade at the GOAT while being an average head coach who is only paid what he is being paid because of Jameis Winston
Back to top
Reply
Replies (2)
OptionsTop
Replies (2)

Posted by Big4SALTbro on 5/19/22 at 10:36 am to TheOcean
Winston and having a AD like Scotty that spends like a drunken sailor
Back to top
Reply
Replies (0)
OptionsTop
Replies (0)

on 5/19/22 at 10:37 am to tylercsbn9
I agree. If I were A&M I would be telling other recruits yeah our NIL program is great, come here. Instead they are getting defensive about it, which makes them look stupid. Saban looks stupid in this as well saying he hasn’t paid players though
Back to top
Reply
Replies (1)
OptionsTop
Replies (1)

on 5/19/22 at 10:41 am to Fun Bunch
The ship has hit the fan. This may become the greatest grudge match in the history of college football.
Back to top
Reply
Replies (0)
OptionsTop
Replies (0)