quote:
Isn't there normally a live stream for media day? Coach Beth usually doesn't reveal anything profound in these but I always look forward to it anyways. Season is right around the corner!

Was just posted. Beth is usually straight forward but not too specific with these every year.

The infield so far in presseason is most likely going to look like Doyle at 3rd, Pleasants at SS, Tidwell at 2B and Clark at 1B. Although there will likely be different looks and combinations. Said Clark is more powerful than sunseri hitting wise which is scary. Gutierrez will see chances at 1B as well.

Calland and Cummins both will play a lot together.

Outfield is loaded. Stewart and Andrews seem like the givens with Antoine/Briggs fighting it out for the last OF spot although she did mention Weinberger, Thymes, and Karrington seeing opportunities.

Expects pitching to step up more this year and carry a bigger load earlier on with essentially a brand new infield.
Back to top
Reply
Replies (1)
OptionsTop
Replies (1)

on 1/22/20 at 11:05 pm to Choupiqueboy
Btw Schulte transferred to Houston. She wasn’t going to win a spot at 2B but I think this is her 2nd transfer but she did graduate so maybe she can play immediately?
This post was edited on 1/22 at 11:18 pm
Back to top
Reply
Replies (1)
OptionsTop
Replies (1)

re: LSU Softball Commitment List/Recruiting InfoPosted by GeauxRed3581 on 1/23/20 at 8:40 am to Tigerbait357
While I am sure Shulte's leadership in the dugout will be missed, does her transferring mean the coaches are confident in Tidwell and Abrams, or is it more Shulte trying to find a place where she is more likely to start the entire season?
Back to top
Reply
Replies (2)
OptionsTop
Replies (2)

quote:
While I am sure Shulte's leadership in the dugout will be missed, does her transferring mean the coaches are confident in Tidwell and Abrams, or is it more Shulte trying to find a place where she is more likely to start the entire season?

I don’t know the exact reasons, it was pretty ambiguous “personal reasons” but based off these kids play Tidwell and Abrams were ahead of her. Schulte was solid defensively but she hit .166 in the full year she started. You can’t have a starter hit that low.
Back to top
Reply
Replies (2)
OptionsTop
Replies (2)

on 1/23/20 at 11:19 am to Tigerbait357
Really liking the blend of newcomers and veterans and the potential offensive prowess of this team. Hope the arms step up and take that next step!
Back to top
Reply
Replies (0)
OptionsTop
Replies (0)

quote:
While I am sure Shulte's leadership in the dugout will be missed, does her transferring mean the coaches are confident in Tidwell and Abrams, or is it more Shulte trying to find a place where she is more likely to start the entire season?

Looks like Becca is doing well in Houston...wish her all the luck in the world
Back to top
Reply
Replies (0)
OptionsTop
Replies (0)

quote:
357, is there news on Tidwell? Or does anyone have any news on her?

She will be back soon, she just dislocated her shoulder.


I'll post some recruiting stuff later in the week w/ some stats on current commits seasons so far. Many are in the starts of their seasons. A few played their HS ball during the fall.
Back to top
Reply
Replies (1)
OptionsTop
Replies (1)

to Everyone
Advertisement
Back to top
Tigerbait357

quote:
Laney Roos, a senior pitcher/infielder with Aubrey (Texas) High, had a strong week at the plate and in the circle. The LSU signee had an .826 batting average in 23 at-bats with four home runs, 14 RBIs, six steals and 10 doubles. She also compiled three wins and had 25 K’s in 20 innings. 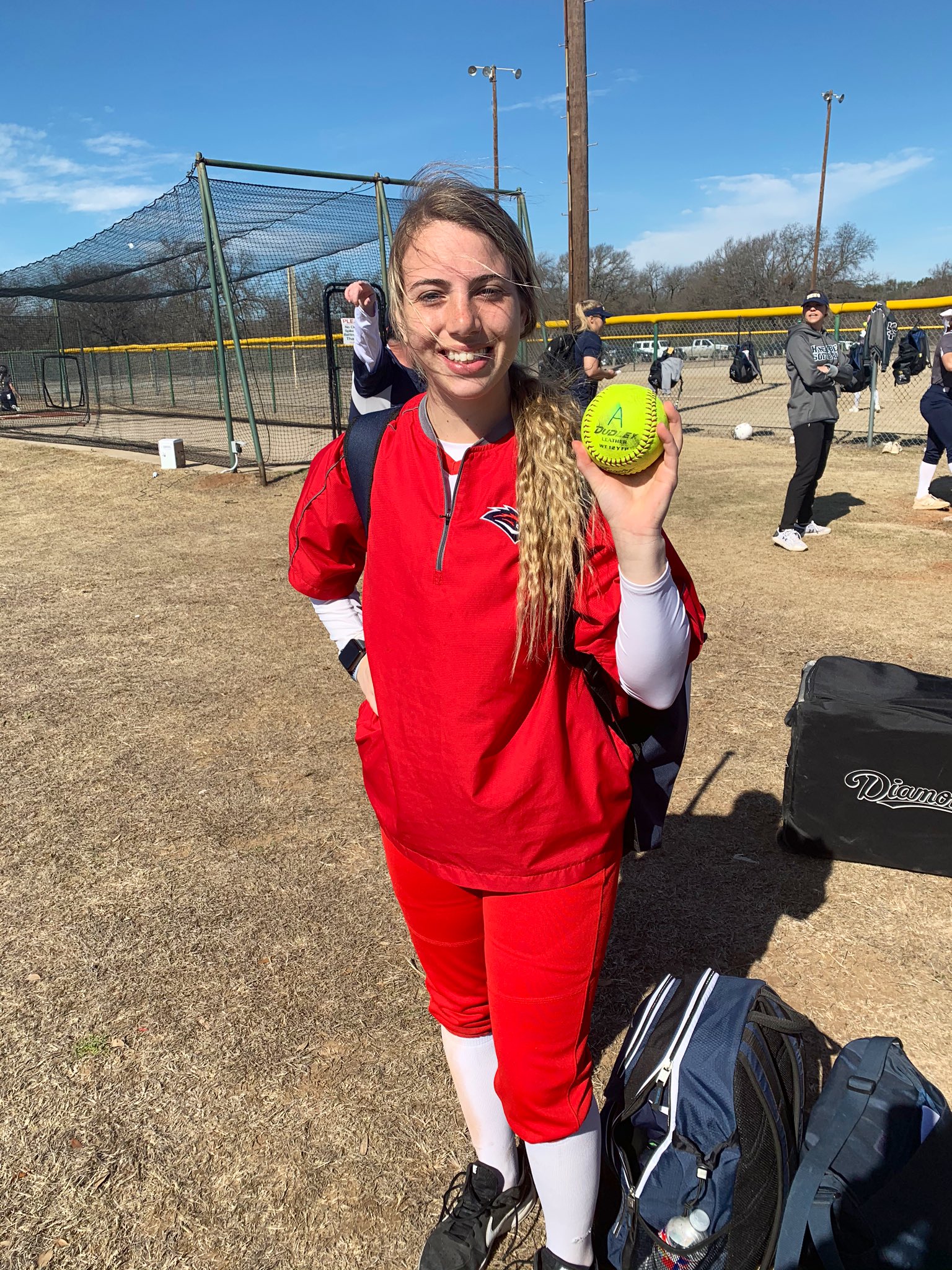 on 3/14/20 at 7:41 pm to Tigerbait357
Its going to be interesting to see what happens if the seniors are given extra eligibility. Felt like the team had something pretty special this year, they were young and growing each week. Will be interested in what the NCAA does moving forward.


Before the corona virus shut down though, two LSU commits made national headlines for strong softball performances.

quote:
The LSU commit went 9-for-13 (.692 batting average) with five home runs, a triple and four walks at the plate while pitching a five inning (run rule) one-hit complete game with four strikeouts.

Maci compiled a .765 on-base percentage last week which included four walks, compiled a 1.538 slugging percentage and a strong 2.303 OPS in the four wins for the Pioneers and helped her team run its record to 9-1. Notre Dame’s next game is on Wednesday.

Well-known in the club world, the outstanding catcher who was a Top 5 player in the 2022 Extra Elite 100 published last year (updated starting March 30) has already won three travel ball championships at PGF Nationals at the 10U, 12U and 14U levels and is known for her great arm strength in gunning down runners, which she did at an 85 percent clip in the fall season.

But it’s her dangerous bat that is causing waves at the high school level so far this year where the junior is hitting .528 with nine home runs, 28 RBIs and a 1.967 overall OPS in the first 10 games of the season.

quote:
Laney Roos repeats from last week after she had four homers with an .826 batting average and 25 K’s in 20 innings at the end of February. This week, the LSU committed-senior from Aubrey (Texas) High had another strong week as she had five home runs and compiled four wins in the circle. Laney even robbed a hitter of a home run by making a great leap at the fence. 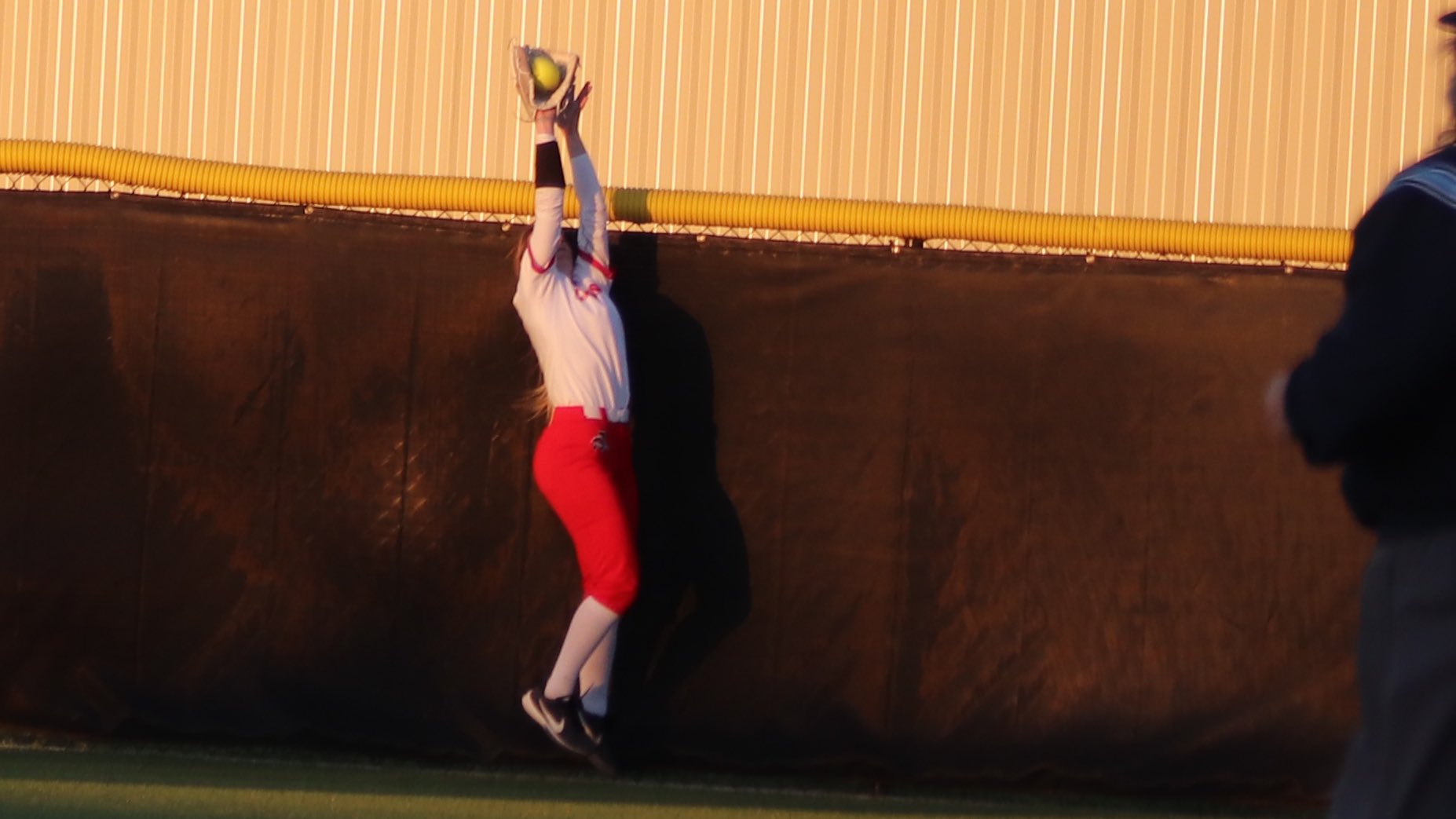 2022 player ranking were recently released and here is where our commits are ranked.

Other 2022 kids we are heavily looking at include the Cammenzind sisters, who both jumped up inside the top 20 in the rankings. They supposedly want to go to the same program together. LSU, Arkansas, UCLA, Tennessee and FSU are among programs who have their interest. Both players were at LSU this fall for camp and are expected to be back soon. LSU is also heavily looking at Reagan Johnson out of Kansas City, TX who is ranked #36 nationally. She is extremely similar to Andrews with her speed but has much more pop in her bat, making her one of the most intriguing prospects in the class.

A top 10 player, Taylor Pannell has reopened her recruitment after decommitting from Auburn this fall. She is a teammate of current LSU commit Maci Bergeron, plays on the L side of the infield. She would also be a take.

As for next year, LSU will have to sort out a lot of things. So far (things could change), but all the seniors intend to return at this time for next season. When you combine that with the incoming recruiting class, that puts the roster at 32 which is a crazy amount. They will have to sort out how that impacts training and playing time, especially with the 2020 class being one of Torina's best classes ever here. This will be a challenge for everyone else as well. As of now, the team still stays in very close contact and most are all still training and working on their games at home. The competition for a spot next year will be fierce as ever across the board. with the super teams with seniors coming back. Should push a lot of kids this offseason to up their games.

Hope everyone is staying safe

re: LSU Softball Commitment List/Recruiting InfoPosted by GeauxRed3581 on 4/12/20 at 8:14 am to Tigerbait357
I know coach said that the seniors wont count towards the 12 scholarships but do we know yet if the NCAA has waived any roster limits for next year? I can't imagine they would still enforce it but I have seen weirder things from them.
Back to top
Reply
Replies (1)
OptionsTop
Replies (1)

on 4/22/20 at 7:04 pm to atlee
Thanks for the share. A lot of the girls are still training like it season at home. Here was a nice piece on Wickersham

The competition is going to be crazy next year for playing time.
Back to top
Reply
Replies (0)
OptionsTop
Replies (0)

on 5/7/20 at 4:44 pm to atlee
Supposedly Kara Goff is in the portal right now. Unaware of any others at this time.
Back to top
Reply
Replies (2)
OptionsTop
Replies (2)

on 5/12/20 at 10:01 pm to Tigerbait357
Goff was always a surprise for me. She definitely didn’t fit the mold of Beth’s pitchers. Best of luck to her. Hard to blame girls for this, without much hope for anything beyond college. Get the playing time and enjoy.
Back to top
Reply
Replies (1)
OptionsTop
Replies (1)